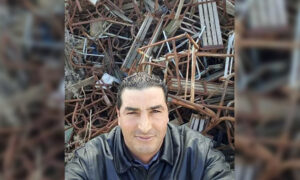 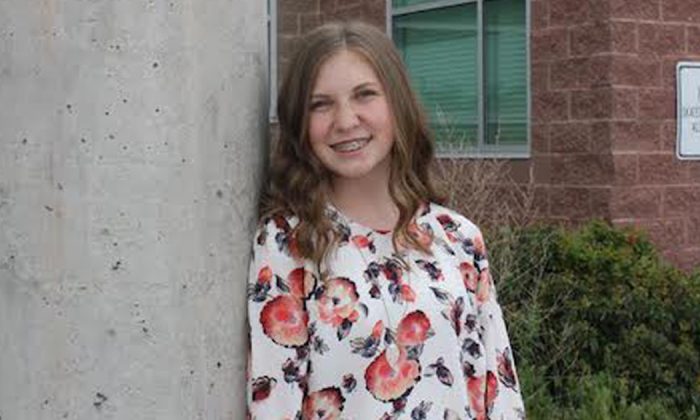 Kindness is an incredible thing. Even the smallest action like greeting someone warmly or giving them a compliment can end up making their day.

When people witness the power of kindness, they’re compelled to be kind themselves. Then the person that they’re kind to is kind to someone else, and that person is kind to another, and so on and so forth.

It’s amazing to watch this ripple effect take hold, which is why Utah has been embracing new ways to recognize—and spread—acts of kindness.

Following the Parkland shooting, Lizzie Rawlings noticed a “heavy atmosphere” at her school.

The Tooele County School District is no stranger to negativity. Over the past few years, there have been multiple students who have committed suicide, a fact that weighs heavily on the heart of Krista Sparks, vice principal of Clarke N. Johnsen Junior High.

“There is a fear as a principal. That’s one thing that Mr. Carlson [the school’s principal] and I have really tried to focus on changing,” Sparks told The Epoch Times. “It’s just something that kind of hangs over our heads.”

That feeling of looming negativity only increased after the school shooting in Parkland, Florida.

“The atmosphere at our school has just been heavy,” student Lizzie Rawlings told The Epoch Times. “You walk into our school and it just feels almost depressing.”

Lizzie is an 8th grader at Clarke N. Johnsen. She’s a Student Body Officer and a member of The Hope Squad, an organization dedicated to suicide prevention across Utah.

When it came time to decide how to respond to the shifting attitudes at school, the staff members in student government left it up to the students to decide the best course of action.

Lizzie encouraged students to partake in 17 acts of kindness for the month of April.

Lizzie’s idea was to encourage each student to do 17 acts of kindness for the month of April.

“It [didn’t] have to be anything big,” she said. “Just a simple smile [or] picking up someone’s pencil.”

Students responded by spreading kindness in many different ways. One group of students took it upon themselves to write positive messages on sticky notes and post them on every locker and student office in school.

“After we had challenged the students to do [acts of kindness], I noticed that people were called to action,” Lizzie said. “People started actually thinking about doing service and thinking about what others might need from them that day.

“Just that helped to uplift the atmosphere, so that school didn’t feel like such a depressing place.”

Lizzie and many others have utilized the SafeUT app to spread kindness and help those in need.

Around the same time Lizzie was encouraging acts of kindness, Utah Senator David Thatcher made an addition to the SafeUT app.

According to their website, the app was created to allow students to confidentially report bullying, threats of violence,  and medical emergencies. Yet, following the Florida shooting, Thatcher added another option: reporting acts of kindness.

According to Good4Utah, Thatcher was inspired to add this feature after speaking to the father of a shooting victim.

“He said, ‘my heart goes out to the perpetrator of the vicious crime,'” Thatcher told his local news.

Clarke N. Johnsen students rely on the SafeUT app to report all sorts of things, and the addition of a kindness option has not gone unnoticed.

“Just this week, we had a tip come in about two students who have been very kind and very helpful, who help people feel better when they’re at school,” Sparks said in a May 4 interview. “It’s nice to see kids focusing on the positive side of things.”

Lizzie uses the app regularly too. It helps a lot with her role in The Hope Squad.

“I have used [the app] mostly for suicide,” she said. “Just by noticing students who have been down lately or said something that makes me nervous, I submit a tip anonymously and then … it goes to principals and administrators.

“Then they’re able to give students the help they need.”

Lizzie continues to encourage kindness in the month of May and beyond.

Even though Lizzie’s campaign was meant just for April, students have embraced it and her school plans to keep the spread of kindness going for as long as possible.

“April was kind of our kickstart,” Lizzie said. “After we made people aware that kindness is a good thing, I think that students recognized, ‘Hey, I think this is something I actually want to do.'”

Lizzie says that she plans on keeping the spirit of kindness alive through Hope Squad, assemblies, morning announcements, and fundraisers.

Recently the school held two fundraisers for students with bone cancer. Through innovative funding ideas like hosting a “sock hop” dance outside and bidding on which teachers participate in strange challenges, they were able to raise thousands for both campaigns.

“[Fundraisers and other kind acts] give students an opportunity to look outside of themselves and that’s really the most important thing,” Lizzie said. “Looking outside yourself doesn’t just change who you are, it changes others around you.

“As I’ve done that, others have been lifted up and it started sort of a ripple effect. It only takes one person to start it.”

With thanks to: Krista Sparks, Lizzie Rawlings, and Marie Denson