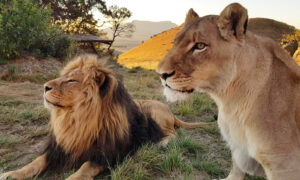 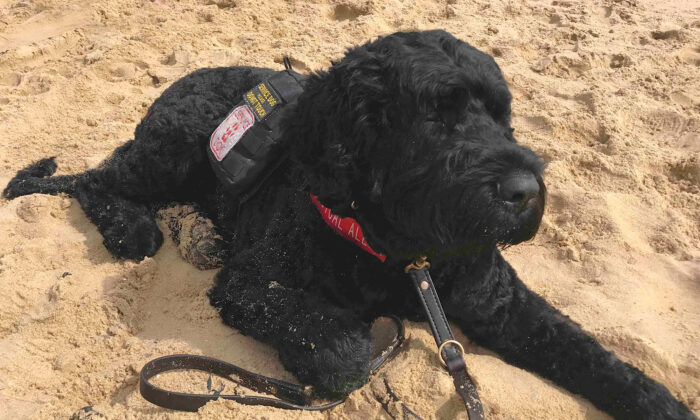 Jonathan Sheldon was an outdoorsy, athletic, and successful hedge fund manager in his thirties when a deadly disease changed his life forever. His body is unable to produce enough cortisol, a hormone that helps the body respond to stress and prevent it from going into shock.

“We didn’t think I’d live much longer,” Sheldon said, according to a Mercury press release. That was until he met Teddy, his “hero” therapy dog.

The 45-year-old father of two suffered brain damage when he was 36 as a result of contracting a serious case of chickenpox. This caused Sheldon, from Billericay, Essex, to develop Addison’s disease seven years ago, which can cause dangerously low levels of cortisol in the body.

In turn, this can cause symptoms such as weakness, fatigue, low blood pressure, dizziness, vomiting, and loss of consciousness. At first, medics were baffled when he started collapsing and losing consciousness, something he’s experienced 100 times, the release stated. Meanwhile, simply stubbing his toe or a common cold could kill him, he says.

“I started collapsing, falling unconscious and my health just started deteriorating aggressively,” Sheldon shared. “If I don’t take the correct amount of cortisol, stubbing my toe or catching a common cold can put me into a coma … It’s been horrific for my wife.

“She’s been to wake me up when I’ve been blue and an air ambulance had to come … I was down to my last breath, two or three a minute.”

Now, Teddy and his owner are together 24/7. The specially trained dog knows how to detect when his owner is not well and in need of medication and alert his owner.

“My cortisol can drop to dangerous levels in only 20 to 30 minutes without me realizing,” Sheldon said. “Teddy is an incredibly intelligent dog and is highly trained to be aware of any drops in my cortisol levels.

“He knows to alert me through facial expressions or pawing if he senses a drop, which allows me to take my medication in time to prevent any lapses.”

Teddy has been a game changer for Sheldon and his family. Life was scary for the former fund manager at one time, he says, not even knowing if he would wake up each morning. Now, they are inseparable—whether it be trips to the cinema, restaurants and supermarkets, in the kitchen at home, or even trips the bathroom. The dog carries in his harness the medicine that could save his owner’s life and watches over him.

Teddy is also a true professional. “When the harness is on, it’s like a switch,” Sheldon says. “He isn’t my friend anymore, he’s a working dog but the rest of the time, he’s so affectionate … He sticks to me like glue and he’s amazing with the kids.

“He’s incredibly intelligent, it’s almost like you can have a conversation with him,” the grateful owner adds. “But thanks to Teddy we’ve all got our lives back and we couldn’t be happier.”

Correction: An earlier version of this article misidentified the dog’s training in the headline. The dog is a service dog. The Epoch Times regrets the error.