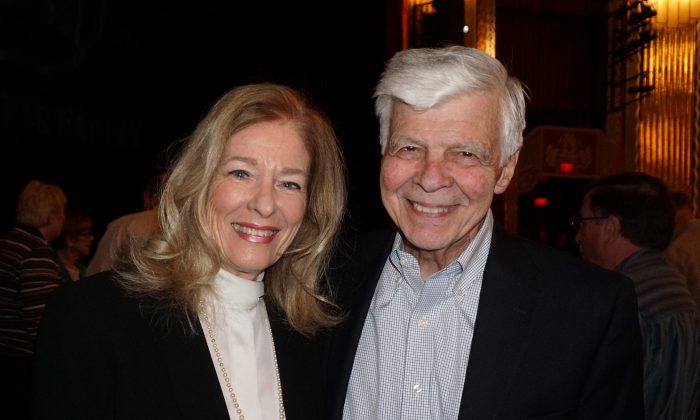 “It was exquisitely masterful. You could see the expressions in their faces and they used their props to tell a story. It was magical to see [the dancers] in sync with each other, the way they had practiced to perform. It was exhilarating. It was colorful, and we loved it. [It’s magical] because … , it’s very spiritual. The music that goes with the spirit—it just brings you alive.”

“Shen Yun was artistic. It was truly art and music, and human beings combined. I didn’t think of it as entertainment, but more spiritual.”

“[Shen Yun is like] communing with nature. It makes you think of all the things in the universe—the stars and the sky, the earth, and the things that happen to us. I mean it was all expressed through their movement.”

“Our daughter in Connecticut gave me the tickets for my birthday on New Years Eve. So, we’ve been waiting for four months to see Shen Yun. She asked me, ‘What do you want for your birthday? I said, ‘Nothing in the world would make me happier than to see Shen Yun.'”