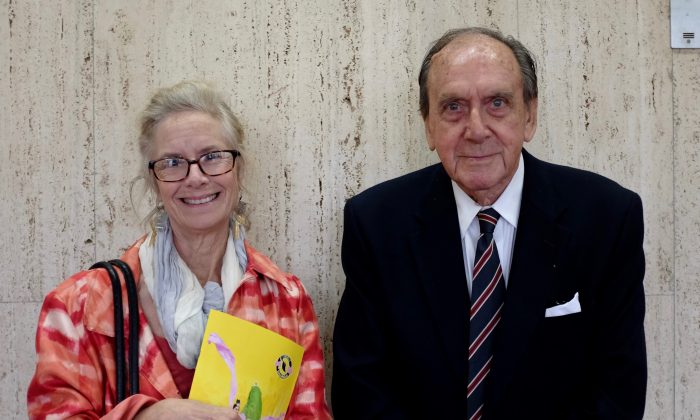 NORFOLK, Va.—”It was miraculous. Very uplifting, moving, and … I’m kind of speechless,” said Sharon Parker after seeing Shen Yun Performing Arts. “It gave me a wonderful appreciation for the Chinese culture and heritage.”

Ms. Parker saw the last of three performances at the Chrysler Hall on March 27. On stage, a 5,000-year-old culture was resurrected.

Ms. Parker described the core of the culture to be “the Way.” How people conducted themselves, the values of tolerance and compassion, and the meaning of human life were concepts it encompassed. In a way, she found it was simple, though delivered through what she called powerful stories, transformative color, and captivating music and visuals.

“[It] transported you into another world,” she said.

This was how New York-based Shen Yun depicted the traditional Chinese culture, from what she saw. The culture is said to be divinely inspired, and thus deeply spiritual. This belief in the Way informed society for thousands of years, until communism took power in 1949. Ms. Parker was surprised to learn the extent of the persecution of people of spiritual faith, or the oppression of traditional values, that are still ongoing in China today.

For many around the world, Shen Yun raises awareness of human rights abuses in modern day China, as well as the rich culture and traditions the Celestial Empire once had.

Also in the audience was Anh Nguyen, who had learned about Shen Yun a year ago but did not have the chance to see it then.

Ms. Nguyen, a student, said it was “one of the most amazing experiences ever,” after a performance Sunday afternoon.

“Honestly, I never experienced anything like this, whatsoever,” she said. “It was amazing, fantastic, it was breathtaking, it was something brand new.”

Though it was brand new, and different from her Vietnamese heritage and the American culture, she felt like she could connect to the traditional Chinese culture personally somehow. She felt she could understand what the performers were saying through music and dance, and it was amazing.