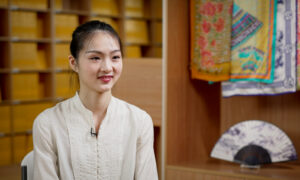 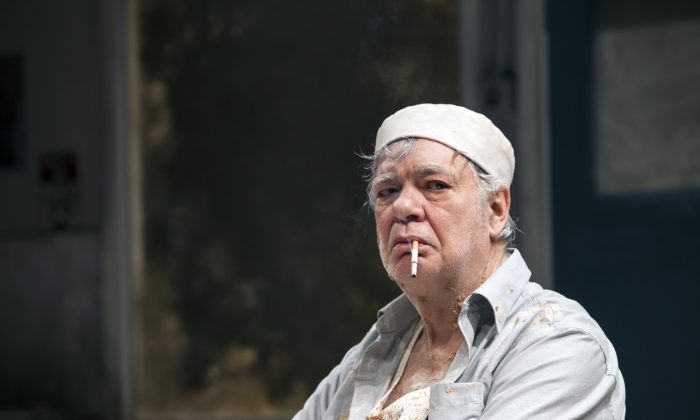 Laughs and fears
By Barry Bassis

NEW YORK—One of the songs in Gilbert and Sullivan’s “Pirates of Penzance” is “A Policeman’s Lot is Not a Happy One.” In the U.S. debut of Richard Bean’s “Toast,” the same is apparently true of bakers, at least those who work in an industrial bread plant.

The playwright is best known for the hilarious “One Man, Two Guvnors,” which made a star of James Corden. “Toast,” first performed in England in 1999, is also a comedy but with serious undertones.

The character Walter Nelson is a portent of what the others will become if they are fortunate enough to keep their jobs.

When audience members arrive, they are given a glossary. Most of the expressions deal with the work at the bread factory and are probably unfamiliar even to a London audience. For example, if six people are working on a 12-hour shift, a seventh worker, called a “spare wank,” must be available to cover them on their lunch and tea breaks.

The play takes place during 1975 in the canteen of a bread factory in Hull where the seven characters, all men, are laboring on a Sunday. One of the workers remarks, “I spend all week at work looking forward to the weekend, and when I get there I realize I work weekends.”

The grungy room—vividly designed by James Turner—raises concerns about the sanitary conditions in the factory. The men are union members, but as the length of their workdays or nights indicates, they have little negotiating power and worry that the plant may close in the near future.

The central character is Walter Nelson, whom his co-workers call Nellie. He is a mixer—the worker who mixes the dough. He started there when he was a teenager and now, 45 years later, he’s a wreck. His clothes are stained with flour, he looks decidedly unwell, and he can barely speak other than muttering “Yah” and “Nah.” He is a portent of what the others will become if they are fortunate enough to keep their jobs.

At the beginning, the guitar-strumming foreman, Blakey, has a phone conversation with his boss, who is not seen or heard but is named Mr. Beckett. The name is an apparent tip of the hat to the author of “Waiting for Godot.” The others wander in for their breaks.

A couple of them engage in roughhousing, and the workers gab about their own wives and girlfriends as well as Mr. Beckett’s extramarital affair with a toothless “lass in custards.” They drink tea and eat sandwiches that don’t look or sound especially appetizing, such as fish paste or cheese.

Nellie’s wife gives him these every day. As one of the men remarks in colorful language, Nellie works 80 hours a week, and this is the best his wife can manage. She also gives her husband a small weekend allowance for cigarettes. He is wearing a hand-me-down pair of shoes with no laces. At one point, it is revealed that Nellie lost his vest when it was mixed in with the dough.

In a melodramatic scene, the main oven breaks down. Fixing it is life-endangering because to do so requires climbing into the still hot interior.

The play has an air of authenticity since it is based on the author’s own experience working at a bread factory in 1975 when he was 18 years old.

As part of the Brits Off Broadway festival at 59E59 Theaters, “Toast” is another winner from across the pond. Director Eleanor Rhode and all but one of the cast members are from the 2014 revival at The Park Theatre in London by Snapdragon Productions.

And the cast is superb. The Olivier-Award-winning Matthew Kelly is Nellie, the foreman is portrayed by Steve Nicolson, and the others are played by Will Barton, Simon Greenall, Matt Sutton, Kieran Knowles, and John Wark.