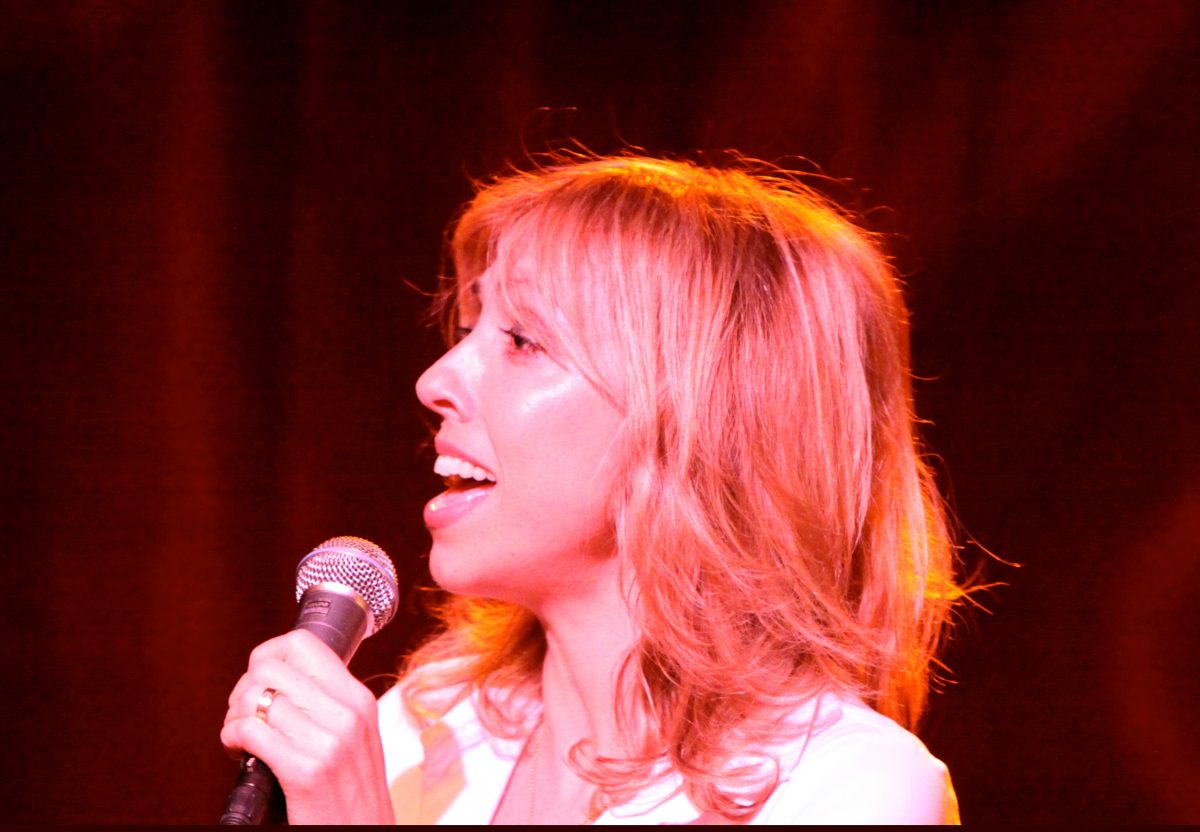 Amanda Green, one of the composers presented at an evening of women composers. (Courtesy of The New York Musical Theatre Festival (NYMF)
Arts & Culture

Theater review: The Music Box: An Evening of Lady Composers

NEW YORK—An absolutely delightful evening was spent in the company of some charming and formidable performers, both women and men.

The occasion was a one-night (two performances) presentation of the New York Musical Theatre Festival (NYMF) of songs by women composers at the Pershing Square Signature Center space on Theatre Row. The annual festival makes it possible for new lyric and music writers to present samples of their wares, performed by terrific singer/actors.

Directed by Karen Azenberg and enthusiastically accompanied by musical director Christopher McGovern on keyboard, Drew Bastian on drums, and Danny Weller on bass, the exciting and tuneful evening took off.

Of the 23 numbers on the program only a few highlights can be covered. Introducing the evening was “The Music Box” (music and lyrics by Masi Asare), featuring attractive singers Kim Sava, Ali Ewoldt, Dea Julien, and Kennedy Caughell.

In “Hurricane Woman” (music by Carmel Dean, lyrics by Anna K. Jacobs), performer Mary Jo Mecca fairly sizzled with intensity as she fiercely demonstrated that she was not a woman to be trifled with.

Triple-threat Grace McLean might be described as a performer who is not only loose-jointed physically but emotionally. Creating her own music and lyrics in two numbers, she wittily showed us how in “My Friend’s Roommate” she fancied that person rather than her own friend. In “Break Up With You,” she powerfully made it clear that she held the reins in the situation.

In “The Republican Song” (music and lyrics by Rebecca Ungerman), performer Paul Castree mockingly opined that if it weren’t for the fact that his vis-à-vis Kim Sava belonged to the wrong political party, they could really be a couple.

The gamut of human feeling and experience—including friendship and loneliness—was examined.

Not only does the NYMF project offer a chance for new musical theater talents to be seen and heard, but it is top-drawer and delectable entertainment, following through with its mission “to ensure the future vitality of American’s greatest art form by providing an affordable way for artists to mount professional productions. “