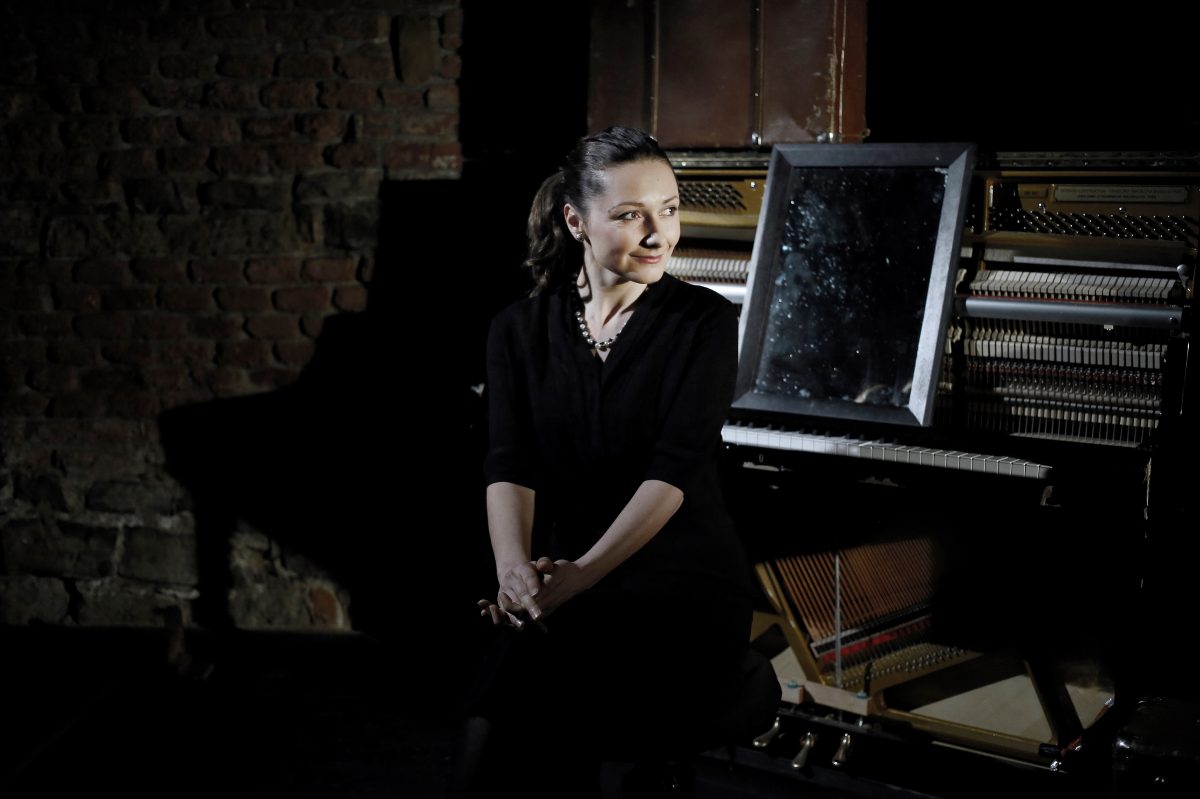 Theater Review: ‘The Good and the True’

NEW YORK—There have been many telling and retellings of the dreadful Holocaust of the 1940s. In this play, true stories have been pieced together about two people who managed to survive the episode’s ravages, only by dint of their stamina and courage.

In The Good and the True, now playing at DR2 Theatre, Czech director Daniel Hrbek has created a documentary drama taken from testimony by Milos Dobry and Hana Pravda, two participants who were both born in Prague, Czechoslovakia.

In 70 intense minutes, the material covers some elements of each person’s early background, but the scene soon shifts to the camps with the unpleasant details of life there.

At one point, a guard who is shaving Pravda’s head offers to shave only half of her head if the prisoner will give the guard her boots. Pravda refuses, insisting her entire head be shaved; not only would that be more attractive, but she could keep her precious boots, direly needed against the freezing cold.

Dobry describes how when he was permitted to grab a pair of boots for his use, they were so tight that they caused a serious infection in his toes. A doctor, or someone acting as a doctor, solved the medical problem by prying off Dobry’s offending toenails, without use of anesthetic, of course.

Terezin is described as a model ghetto because, in addition to abuse and privation, there was also soccer and amateur theatrics. Auschwitz was another story. It was pure terror. It was the largest and most efficient concentration and extermination camp.

But Pravda managed to escape. One day, Pravda, accompanied by a fellow prisoner, had the nerve to simply walk away when she sensed they would not be missed. Although the pair was soon stopped by a soldier, he for some reason did not pursue them. Pravda was free!

The alternating monologues are powerful and engrossing. Of course, it would have been more compelling had the two participants been personally connected in some manner. Nevertheless, the play, by virtue of its content and inclusion of actual, true details, holds one’s attention.

The two actors deserve the highest praise. Reichlin and Pravda convey depth and passion, which fill the material and make it ring true. Certainly Isobel Pravda’s familial connection to her grandmother, Hana, lends richness to Isobel’s portrayal, which conveys a heroic quality. It is also interesting that both women acted.

Reichlin conveys a powerful intensity and warmth. Both characterizations indicate people who are able to rise above terrible crises.

Director Daniel Hrbek is also responsible for the set and costume design, which are appropriately somber and enhance the production. Lighting design is by Karel Simek, original sound design by Stanislav Halbrstat.

It should be mentioned that executive producer Brian Daniels did the English adaptation.

The play might be viewed as a tribute to man’s ability to survive terrible situations.

Diana Barth writes about the arts for various publications and publishes New Millennium, an arts publication. For information: diabarth@juno.com.