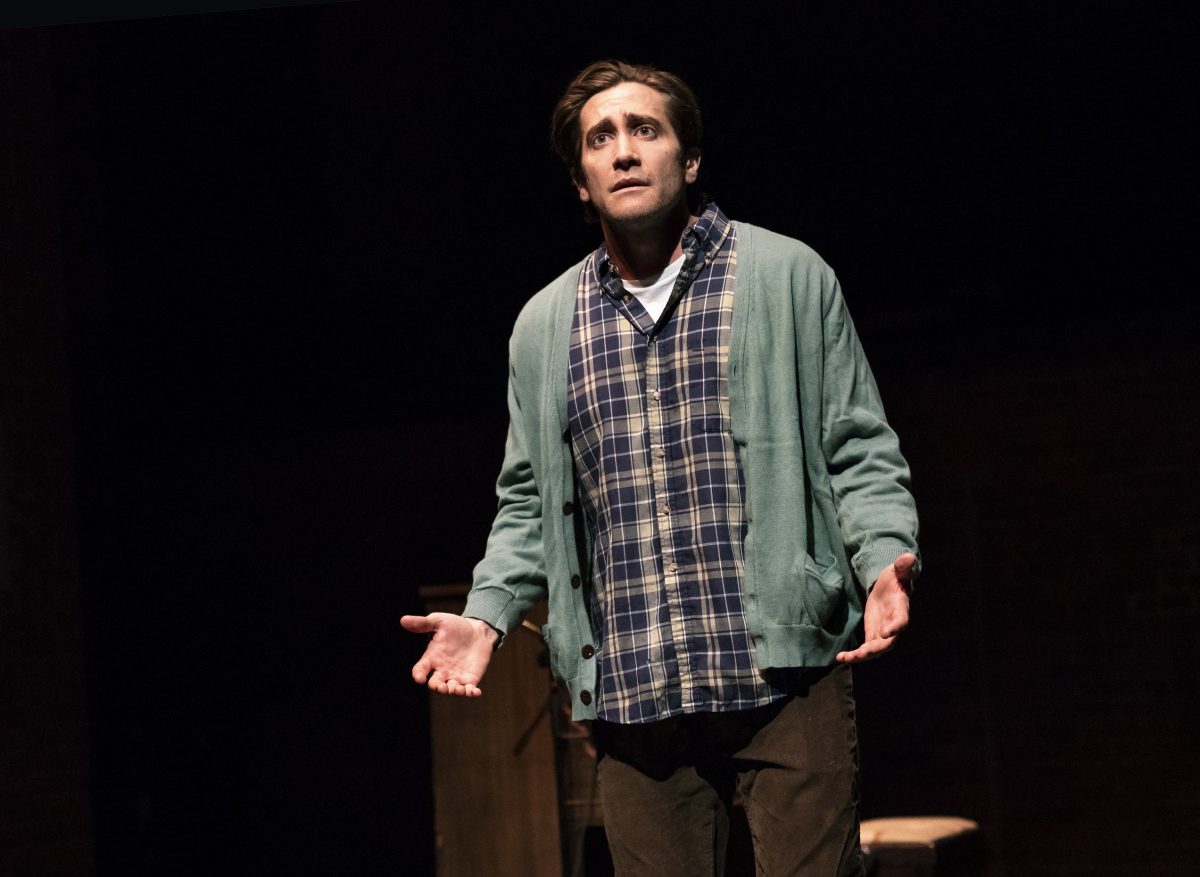 Coping with the unthinkable
BY Judd Hollander TIMEMarch 11, 2019 PRINT

NEW YORK—There is no way to prepare for dealing with death, as inevitable or unexpected as it might be. Playwrights Simon Stephens and Nick Payne provide examples of this in their respective one-acts “Sea Wall” and “A Life,” while also showing how much an impact the deceased have on those who remain. These two one-person monologues—both having their New York premieres—have been combined into a single evening at The Public Theater.

In Stephens’s “Sea Wall,” which opens the production, Alex (Tom Sturridge) is an ordinary and somewhat self-deprecating young man from England who has the perfect life. He’s married to a woman he loves, has a daughter he adores and, after years as a struggling photographer, has found his niche photographing objects for catalogs. A person who finds emotion in the simplest things, he never forgets how lucky he is—until an unspeakable tragedy upends his world, plunging him into a morass of grief and anger.

Taking a different route, Payne’s “A Life” introduces us to Abe (Jake Gyllenhaal). Abe must watch the slow decline of a loved one while also dealing with the prospect of his impending fatherhood and all the worry and joy that comes with it.

The narrative switches back and forth in time, thus allowing the two storylines to play out simultaneously. Abe’s reaction to the first event threatens to color the outcome of the second.

What is clear in both pieces is how just impotent Alex and Abe are when it comes to preventing these tragedies: Alex because he is physically unable to do anything to stop it, while neither Abe nor anyone else has the knowledge or power to change things. It’s also why Alex blindly lashes out in anger and blames someone for the tragedy. He later calls it “the cruelest thing I ever did to anybody else.”

Yet while the events themselves and the people involved are completely different, when watching both shows together, one can’t help but see the linkage between them. Both explore the different stages of grief and what must happen before one can even begin to move on.

It’s a testament to the excellent direction of Carrie Cracknell in taking what’s on the page and working with the actors to bring the words so brilliantly to life.

Of the two, “Sea Wall” is by far the more emotionally raw. The tragedy takes place barely five weeks prior. Alex is only beginning to think of trying to climb back up from the pit into which he has fallen. The play’s title is a reference to a sudden sheer drop in the ocean floor, where the ground falls away to reveal a black hole. An apt analogy to the situation Alex now finds himself in.

“A Life,” due to the situations depicted occurring further in the past, comes off as a more finished work, and one that is much funnier. The piece blends Abe’s pain over an impending death with the oft-depicted worries of being a first-time father, such as when his wife goes into labor. Abe frantically tries to get everything ready so they can race to the hospital. He even says, “I know this is going to make a funny story some time later.”

The show also functions as a sort of safety valve for the audience. They laugh at the humor not only because it is funny, but also because it’s a relief from what they had seen before the intermission.

Another element present in both works, albeit different in connotations, is the various coping mechanisms Alex and Abe use in the face of what has happened. Alex, for example, becomes fixated on the fact that one of the ambulance men once lived in Southampton.

For Abe, it’s his inability to face the subject head-on, often saying “I don’t understand” to the doctors and refusing even to admit the reality of the situation to others.

Sturridge and Gyllenhaal both give tour-de-force performances here. Sturridge’s delivery projects the rawness of an exposed nerve as he recounts what was for Alex a recent tragedy. While this serves to keep the audience on the edge of their seats, it can also somewhat color the perception of the play. Each time a scenario is presented, we wonder if this is the moment tragedy will strike, and sigh in relief each time it doesn’t, at least until the moment actually happens.

Gyllenhaal expertly flips back and forth between the comic and dramatic moments in “A Life,” quite often at the drop of a hat. Such as when he’s in a car driving to a hospital in order to watch a new life be born, and a moment later trying to get there before a different life ends. Although some of the funnier moments come off as a bit contrived, the work succeeds in drawing one into the story throughout and provides a fascinating counterpoint to what has come before.

Heart-wrenching at points, funny at others, and containing more than a hint of wistfulness, “Sea Wall/A Life” tackles a subject most people don’t like to talk about, and does it with grace and dignity.