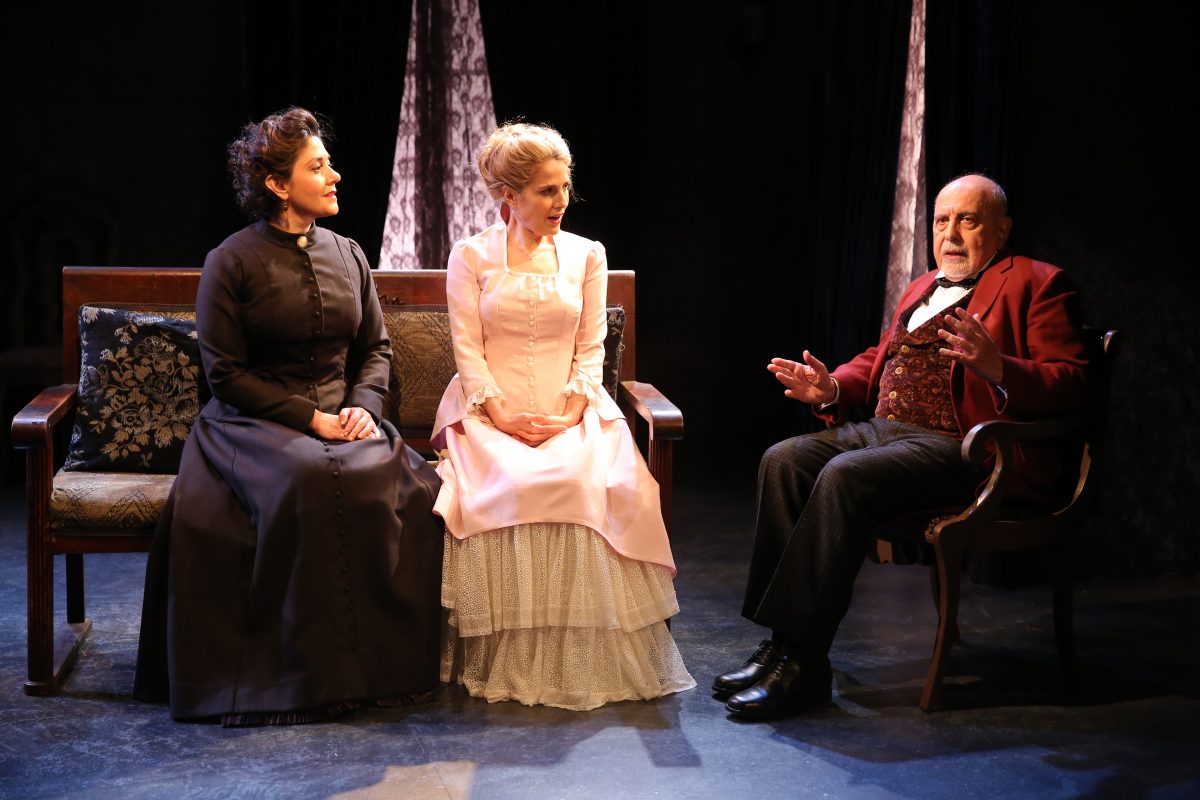 The translation in this new production is by Frederick J. Marker and Lise-Lone Marker.

Originally set in Ibsen’s native Norway at the end of the 19th century, “A Doll’s House” set off a furor in society at that time. It has continued to fascinate audiences through the years with its depiction of a woman who dares to leave her husband and children when she discovers she has been used and has not been permitted to fulfill herself as a human being.

Bergman’s version is taut and spare. It has been stripped of minor characters and tightened to display only those characters and situations that advance the plot: The delightful Nora (Jean Lichty) is seen wrapping Christmas gifts while her husband, the somewhat stern Torvald Helmer (Todd Gearhart), gently chides her for overspending.

She insists she does economize; further, he is soon to take over as manager of the local bank, which will result in an enormous increase in their income.

Nora is later visited by a longtime friend whom she’s not seen in years: Christine Linde (Andrea Cirie), widowed a few years back and desperate to find employment. Nora feels sure Torvald can help. In the course of conversation, Nora reveals a cloud that hangs over her; she must repay a large loan to Nils Krogstad (Larry Bull), who has an inferior position at the bank.

Christine leaves. Nils appears and gets Nora to confess that she has forged her father’s signature on the loan papers. Nils threatens to inform Torvald of this illegality unless she intervenes to persuade Torvald to keep Nils on at the bank. He is to be fired so that Christine can take over his job.

Nora had taken the loan to permit herself and Torvald to take a trip to Italy for his health. He was in great danger if he did not get away to a warmer clime. So she felt justified in her improper signature, as it was to save her husband’s life.

Nils nevertheless writes the damning letter to Torvald. However, because he has had an earlier relationship with Christine that she now renews, he rescinds the letter, but not until after Torvald has read it. Torvald then denounces Nora as being immoral and an unfit mother.

But moments later, another letter is delivered to Torvald. It is from Nils, who returns the promissory note Nora had signed and agrees to drop the whole matter. Now everything is free and clear, and Torvald does an about-face in his attitude toward Nora.

She, however, has learned a potent lesson. She realizes that she and Torvald have never understood one another. Until now, they’ve not had a serious conversation. She realizes she has been used, first by her father who treated her as a doll and then by Torvald through their entire marriage—he calls her a “little bird.” (In Ibsen’s original version, she was referred to as a “little squirrel.”)

Nora resolves to leave Torvald and their children, an unheard-of move for that time. When he pleads that she has a responsibility toward her family, she counters that her responsibility is to herself.

She leaves, quietly in this production. But in other productions of “A Doll’s House,” she leaves with what several critics have described as “the slam that was heard ’round the world.”

Not so long ago, “A Doll’s House” was the most produced play in the world. Its ongoing appeal arguably stems from its sheer modernness. The issues of women’s roles and independence continue to be issues, not only in many countries worldwide, but in our own United States.

Nora realizes that she and husband Torvald have never understood one another.

Women continue to beat on the invisible ceiling of acceptance, equal pay, and promotion into positions of power. There has been progress—note our present female candidate for president—but there is still much to be done along these lines.

The present production of “Nora,” packs a powerful punch. The performance I saw played to an unusually rapt audience. One could have heard a pin drop.

The remarkably versatile director/actor Austin Pendleton has held the reins here and has obviously lovingly drawn out the details and subtleties required by the script.

Jean Lichty’s Nora was complex and passionate, advancing from the demure somewhat passive child bride of the early scenes into a strong woman determined to face whatever the world might hold in store for her.

Todd Gearhart’s Torvald demonstrated sternness fused with an underlying but rather judgmental affection for his wife. His emotional collapse at Nora’s final rejection was palpable.

George Morfogen’s Dr. Rank was rich with subtext; his was a very powerful performance.

Andrea Cirie’s Christine alternated modesty and a newfound power when she decided to come to the aid of her friend Nora.

Larry Bull as Nils appropriately portrayed a fawning type of individual, who insistently wheedles for what he needs for survival.

Set designer Harry Feiner has made excellent use of the small stage, selecting set pieces that convey the ambience required for this period piece. Costumes by Theresa Squire fill the bill nicely.

In sum, a fascinating and welcome theater piece in our period of change in so many areas, including that of gender and sheer human advancement.

Diana Barth writes for various publications and publishes New Millennium, an arts publication. She may be contacted at diabarth@juno.com 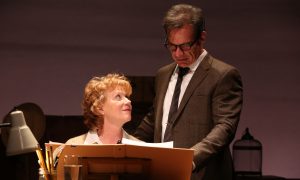 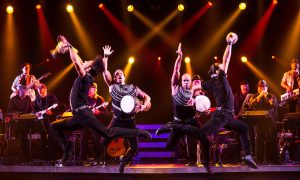