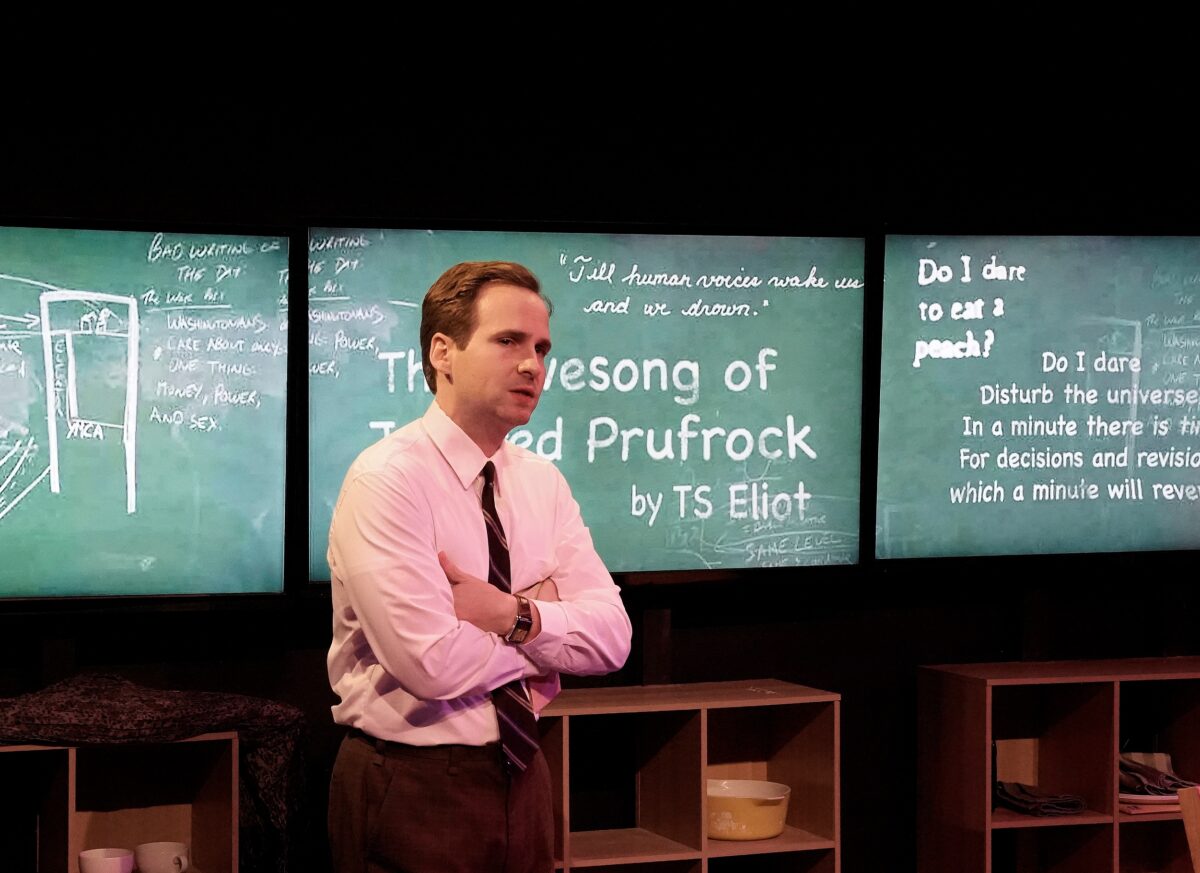 The fictionalized story of John Kennedy Toole and his impact
BY Judd Hollander TIMEMarch 15, 2020 PRINT

NEW YORK—Vivian Neuwirth’s drama “Mr. Toole” is a fictionalized take on the real-life story of John Kennedy Toole (Ryan Spahn), author of “A Confederacy of Dunces,” which won the 1981 Pulitzer Prize for Fiction. Spanning the years 1968–1981, it explores how the most tragic of events can bring some light into the world.

Mr. Toole, known to all as “Ken,” is a passionate and sensitive man who finds himself suffocated by his lot in life. He teaches poetry at the all-female St. Mary’s Dominican College in New Orleans and lives with his parents just a short walk away. It’s a job that he hates more and more every day, especially as he’s faced with rows and rows of young women, most of whom don’t even make the effort to understand the meaning of poetry.

In addition, Ken must contend with his controlling mother, Thelma (Linda Purl), who continually hovers about him like a hawk. Much to Ken’s embarrassment, she’s been known to track him down at local bars and other haunts where he goes to drown his pain.

Ken’s dream finally seems within his grasp when, after multiple rejections, a New York book editor shows an interest in his aforementioned novel. However, his inability to move to New York to work on the book and his conflicts with the editor, as seen via a series of correspondences, doom the project. This failure, as well as Ken’s feeling there is nothing before him in life but more of the same, finally sends him over the edge and he commits suicide.

It falls to Thelma, who, after pulling herself out of a deep depression of her own, eventually realizes that the best way to honor her son’s memory and make up for her failings as a mother is to make sure his novel gets published.

“Mr. Toole” reminds us that good can come from even the most personal pain. As an example, Lisette (Julia Randall), one of Ken’s former students, was deeply affected by his death. (Lisette functions as a stand-in for the playwright, for Neuwirth was a student in Toole’s class and was greatly affected by him.) Her finding and reading “A Confederacy of Dunces,” which she came across totally by accident, inspired her to write this play.

Lisette eventually befriends Thelma, it being the elder woman’s memories of her son that helped Lisette to keep Ken’s memory alive.

Running through the story is the warning to not simply go through life, but to truly live it. A T.S. Elliot poem deals with this issue, and we see Ken dissect the poem in class. Clearly Ken sees himself unable to truly live life, as did his father to a lesser degree.

However, while Neuwirth knows her subject, one also gets the impression that she is too close to it. Some of the scenes of Ken pontificating about poetry, while interesting, become repetitive and could have benefited from judicious trimming.

“Mr. Toole” is, in actuality, a two-pronged story. The first concerns Ken, and the effect he had on those in his orbit. The second is about Thelma, who is the ultimate catalyst in the play. As Thelma is iron-willed throughout, especially in her determination that her son get the recognition she feels he deserves, Purl does an excellent job of taking the character from one to be avoided at all costs, to an object of pity, and finally to one whom you can’t help but support and applaud for her tenacity.

Spahn cuts a compelling and sympathetic figure as Ken. The actor brings to life the author’s passion for the written word and for the images and characters he has created. He also evokes Ken’s immense frustration and pain when he feels he no longer has anything left to give.

Schnetzer does well as John. The character is a third wheel in his own family (a status that may account for his need to be continually on the road), yet Schnetzer is able to bring a sense of pride to the role.

Randall is fine as Lisette, who also serves as the show’s narrator. The actress allows the audience to understand the healing process that the character goes through.

Thomas G. Waites offers a nice bit of local color as Thelma’s brother. Initially seen as estranged from his sister, in the end he becomes a major source of support in her quest to get Ken’s work seen by the right people—such as author Walker Percy (John Ingle), who later becomes a champion of Ken’s novel.

“Mr. Toole” shows the lasting effects one person can have on those around him—particularly when the person in question is both passionate about things he cares about and willing to share them with others.