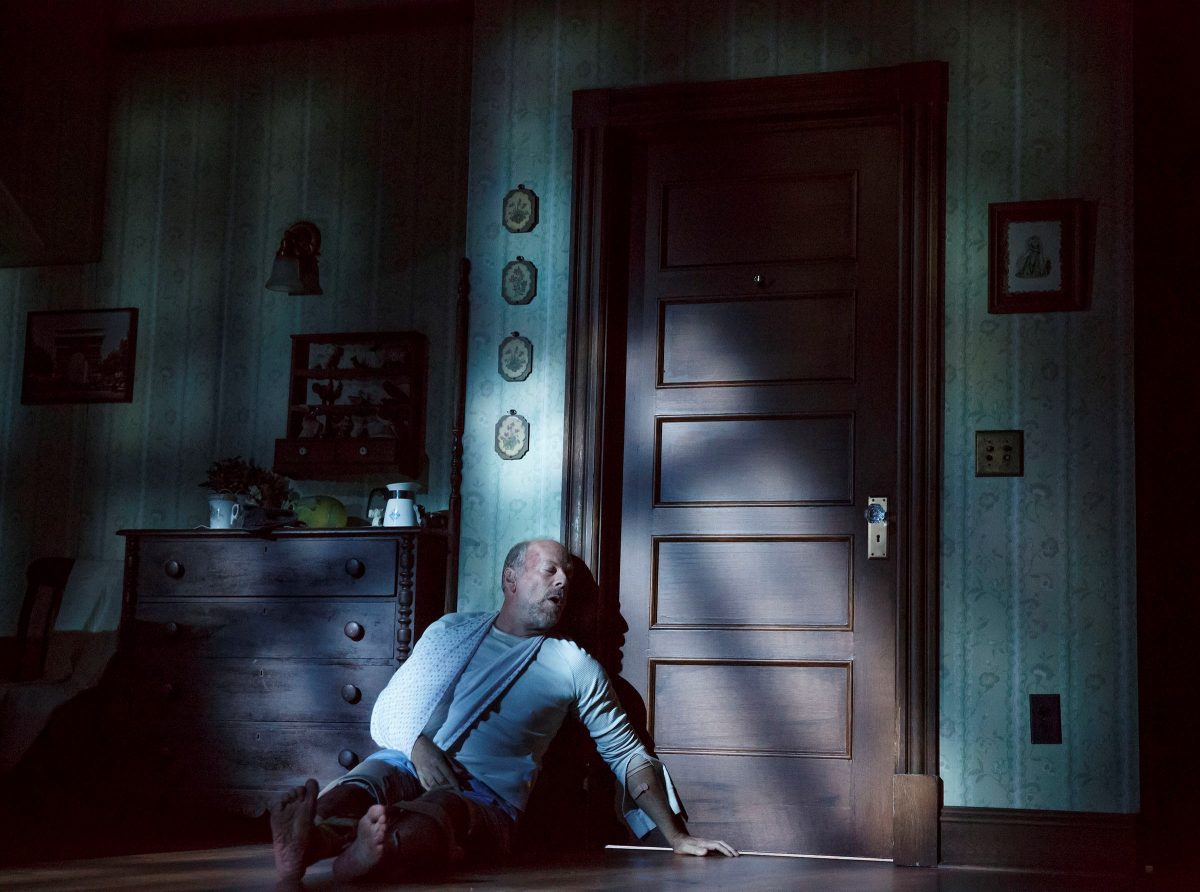 Bruce Willis plays an author trying to escape with his life from a fan turned fanatic. (Joan Marcus)
Arts & Culture

An exciting if uneven thrill ride
BY Judd Hollander
TIMENovember 29, 2015

NEW YORK—In a world in which insanity encroaches on us, it’s good to be reminded once in a while that we have more strength than we might believe. The Broadway thriller “Misery,” a stage adaptation of Stephen King’s novel of the same name, taps into that strength as well as the fear of being alone, helpless, and dependent on the kindness of a stranger.

In this case, the stranger might shower you with praise one moment and attempt to kill you the next. The work is truly terrifying at moments but fails to keep the intensity throughout.

‘Misery’ is a roller coaster of a thrill ride, where only the most determined survive.

In the winter of 1987, near the town of Silver Creek, Colorado, novelist Paul Sheldon (Bruce Willis) wakes up in the isolated farmhouse of Annie Wilkes (Laurie Metcalf). Paul crashed his car during a blizzard and was saved from almost certain death by Annie, his self-described “number one fan.” She saw what happened and dragged him to safety.

With the roads out and phones down due to the weather, Annie, a former nurse, begins nursing him back to health. Paul’s injures, which include severe compound fractures of both legs, leaves him bedridden.

Annie is totally enamored with Paul because of his ongoing series of novels featuring Misery Chastain, a 19th century English heroine. Her delight turns to rage when Annie learns Paul has killed off her beloved Misery in his latest book. Paul, tired of the character, wanted to concentrate on more serious subjects. Annie, however, has other ideas and forces the now wheelchair-bound author to bring Misery back to life in a new novel.

Both a study in terror and a character examination of a person with psychotic tendencies, “Misery” shows the lengths people will go to get what they want. While Paul is never in danger of being killed by Annie—he can’t bring Misery back to life if he’s dead—just about anything short of that is possible.

Annie goes to great lengths to keep Paul trapped in his room, now equipped with a typewriter, while Paul does everything he can to find a way to escape. Both make the mistake of continually underestimating the other, neither realizing, at least at first, how dangerous their opponent can be when pushed.

“Misery” also looks at the dangers of becoming fixated on something or someone—a  sadly all-too-frequent occurrence today. In our celebrity-saturated culture, new media sensations are created almost every day, and such applications as Facebook and Twitter make it easier to connect with people in a way that would be unthinkable even a decade ago. Celebrity mania goes hand in hand with those who would stalk, threaten, and in some cases, kill their objects of desire.

Ironically, Annie actually helps Paul to become a better writer, which he acknowledges at one point. To his great surprise and perhaps mining some inner resources, Paul eventually finds that he has more to say about a character he had thought had run its course.

Annie endears herself to every serious reader of novel serials when she refuses to allow Paul to ignore existing stories’ threads when envisioning Misery’s resurrection. She also ends up giving Paul a key idea in this endeavor—one of many moments that add bits of gallows humor to the story.

Metcalf is wonderful in the role of Annie, a woman who starts off as just a bit on the creepy side—with her “number one fan” mantra—and becomes more and more terrifying as time goes on.

Keeping her performance nicely low-key, Metcalf shows Annie to be a ticking time bomb, where anything unexpected might set her off—whether it be the use of profanity, her reaction to Paul’s telling her she bought the wrong grade of typing paper, or dealing with the sudden appearance of the local sheriff (Leon Addison Brown), who’s trying to find out what happened to Paul.

Willis, unfortunately, does not fare as well. A main part of the problem is the way the character is written. Paul is a more reactionary character than a proactive one and often internalizes his emotions; he doesn’t want to upset his caregiver when she’s clearly off her rocker.

While Willis does good work in scenes when alone on stage, these are all plot-driven rather than character-based. The end result is that while we learn much about Annie, we learn very little about Paul.

Willis’s performance is somewhat one-dimensional at times, especially when put up next to Metcalf’s. Though one scene where Paul drags himself out of bed to the door of his room, only to find it locked, is particularly affecting.

Celebrity mania goes hand in hand with those who would stalk, threaten, and in some cases, kill their objects of desire.

Will Frears’s direction works well overall, as does the stage adaptation by William Goldman. Goldman also wrote the screenplay for the 1990 film version of the novel.

The tension slowly and inexorably increases from the first moment to the last. As is often the case, some of the strongest moments of fear come when the reason for it is not present. When Paul manages to get out of his room and wanders the house looking for a way to let someone know where he is, the specter of Annie is ever present. We never know if she will emerge from the shadows at any moment.

The one scene that doesn’t come off well is a climatic fight scene between Annie and Paul, which felt artificial and badly staged.

Quite good was David Korins’s revolving set of Annie’s farmhouse. Helping to add to the tension was the strong use of music by Michael Friedman and sound design by Darron L. West.

Filled with stomach-churning moments, with a few hiccups here and there, “Misery” is a roller coaster of a thrill ride, where only the most determined survive.

Judd Hollander is New York correspondent for the London publication The Stage. 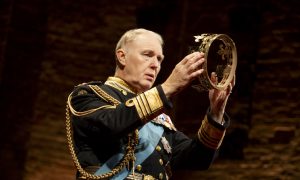 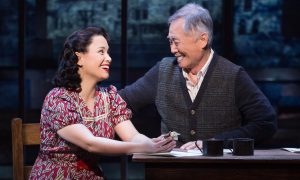