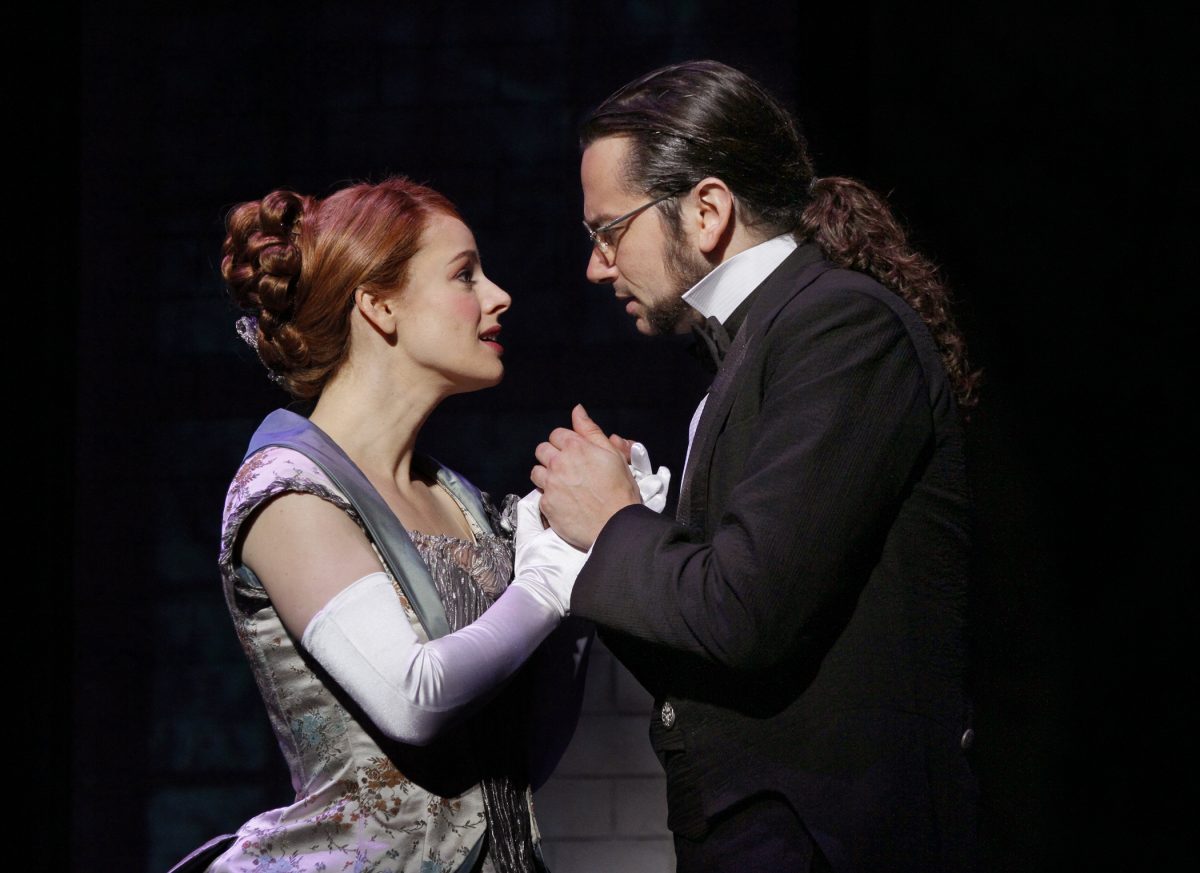 NEW YORK—Dark, gritty, and brimming with passionate song is the revival of Frank Wildhorn’s “Jekyll & Hyde.” The musical, based on Robert Louis Stevenson’s 1886 novella “The Strange Case of Dr. Jekyll and Mr. Hyde,” presents a scientist so obsessed with discovering the true elements of good and evil that he falls prey to his own experiments, which ultimately whirl out of control.

Dr. Jekyll (Constantine Maroulis), although a conservative member of London’s Victorian society, feels impelled to find the answers to his arguably forbidden questions. His own father had gone mad, and the younger Jekyll wants to avoid that fate.

Unable to find a human subject, Jekyll tests his unorthodox drugs and procedures on himself with dire results: He metamorphoses into his counterpart, the sinister and violent Mr. Hyde. The two characters alternate throughout.

Although Dr. Jekyll is engaged to the lovely, pure Emma Carew (nicely played and sung by Teal Wicks), after his abrupt change into Mr. Hyde, he becomes involved with Lucy Harris (Deborah Cox), one of those unfortunates who has sunk below the radar insofar as ever attaining a position among London’s respectable.

Composer Wildhorn’s music combined with Leslie Bricusse’s book and lyrics give ample opportunity for the stars to exhibit their powerful voices. Maroulis, a former finalist of TV’s “American Idol,” fills the cavernous Marquis Theatre with soul-wrenching tones; his rendition of Jekyll’s “I Need to Know” is a great example. He also demonstrates excellent acting skill, with the line between the two characters clearly delineated.

The statuesque Ms. Cox, generally known as a pop recording artist, is not only immensely pleasing to look at but also enriches the show with a singing voice that’s both rich and mellow. She is equally at home in the ballad “Someone Like You” and the more earthy “Bring on the Men.” In the last-named, she controls a spider web-like structure in which men may become entangled—courtesy of set designer Tobin Ost, who’s also responsible for costumes.

Jeff Croiter’s lighting adds to the effect as does sound by Ken Travis.

Charles G. LaPointe’s hair and wig design are in view on both men and women performers. Much has been made of the ponytail sported by Mr. Maroulis, first as Dr. Jekyll and then unbound and flung about as Mr. Hyde.

As noted, “Jekyll and Hyde” is not your typical light-hearted entertainment. But it does offer a good, solid evening, a welcome addition to Broadway’s musical theater scene.