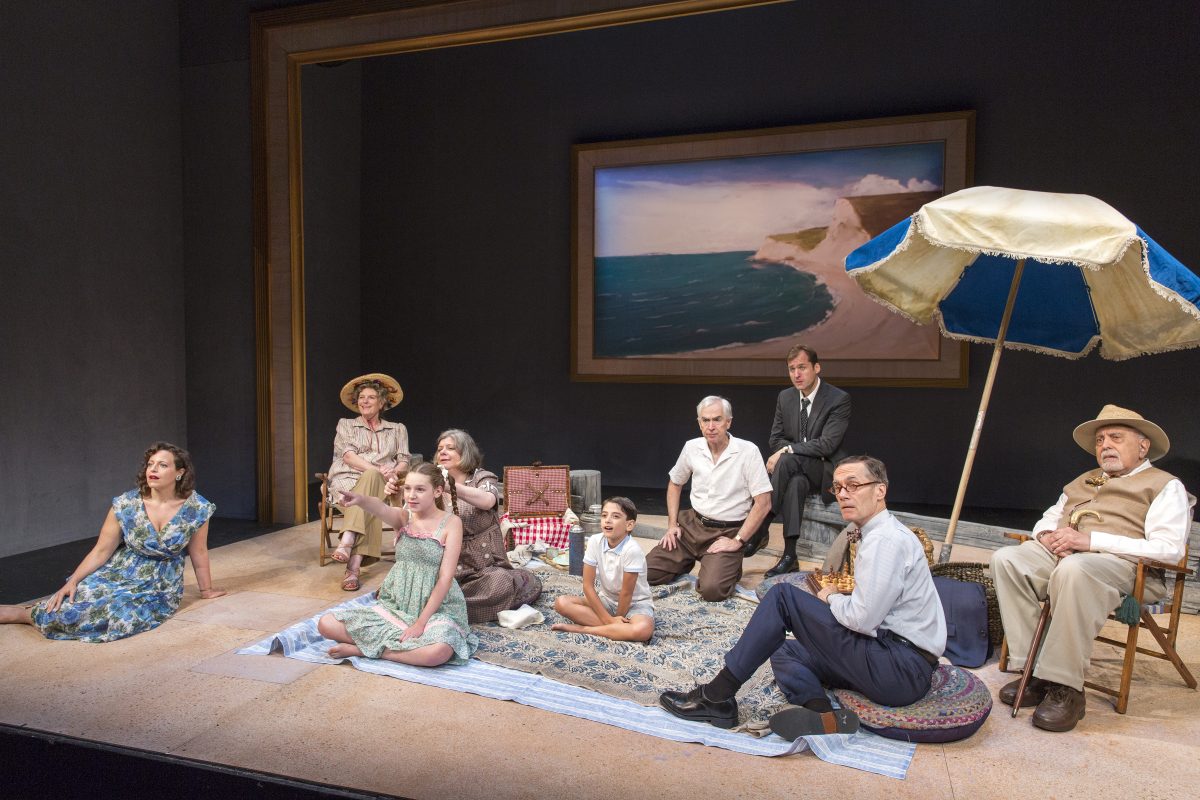 The cast of “A Day by the Sea,” written by the mostly forgotten playwright N.C. Hunter. (Richard Termine)
Arts & Culture

Theater Review: ‘A Day by the Sea’

A lifetime of yearning
BY Diana Barth
TIMESeptember 5, 2016

NEW YORK—Written in 1953 in the day of the well-made play, N.C. Hunter’s “A Day by the Sea” enjoyed considerable success in London’s West End at that time, when it starred such luminaries as Sir John Gielgud, Sir Ralph Richardson, Sir Lewis Casson, and Dame Sybil Thorndike. A later Broadway production starring Jessica Tandy and Hume Cronyn did not fare as well. But the current Mint Theater Company production may help to bring this poignant and moving play to the attention of the general theatergoing public.

A modest family reunion is taking place in the garden of 65-year-old widow Laura Anson’s (Jill Tanner) coastal house in Dorset, in 1953. Part of the household is elderly Uncle David (George Morfogen), who requires Doctor Farley (Philip Goodwin) to live in for his care.

The play has been compared to works of Chekhov.

The most important visitor is Laura’s 40-year-old son, Julian (Julian Elfer), an official in the Foreign Service, stationed in Paris.

Also present, returning for a visit for the first time in years, is a widow and recent divorcée, Frances Farrar (Katie Firth), who was raised by the Ansons when she was orphaned as a child. She has brought her two children (Kylie McVey and Athan Sporek) and a great deal of emotional baggage. Accompanying them is the children’s governess, Miss Mathieson (Polly McKie).

There is some slow going in early scenes, but remember, this is a three-act play. Once the characters’ needs and frustrations are presented, the play, in gifted director Austin Pendleton’s hands, moves along vibrantly.

Julian receives a visit from Humphrey Caldwell (Sean Gormley), a superior in his department, who happens to be staying nearby for a holiday. As tactfully as possible, Humphrey informs Julian that his expected standing in the department will be taken from him. Instead of serving out his assignment in Paris, he will be immediately sent to London, an obvious demotion.

Julian’s rage and disappointment are tangible. All his years of conscientious work have come to naught. Humphrey smoothly, in a non-accusatory way, makes it clear that personal relationships are probably more important than one’s work. Julian is simply not well-liked.

Julian, now realizing that his entire life, based on a career that hasn’t materialized and lacking a wife or children, may be meaningless. He approaches Frances, whom he was virtually brought up with, to see if there might be an ounce of affection there.

Astonishingly, Frances admits she was in love with Julian in earlier times, but since he was unresponsive, she went on to a rather boring marriage with a much older man, who later died. She later impulsively married a much younger man, a disastrous move.

Inner fires are burning also within Miss Mathieson’s breast, when she makes her feelings known to Dr. Farley.

The play has been compared to works of Chekhov, and it certainly has such elements. There are worse things than being compared to the great Russian writer.

Versatile man-of-the-theater Austin Pendleton (actor, director, playwright, and teacher) has had a long association with the Mint, including its producing in 1995 his play “Uncle Bob,” which was written for and starred George Morfogen. Thus, this production marks a sort of reunion for the two artists.

Performances are excellent, with particular subtlety and detail demonstrated by Katie Firth and Julian Elfer. A somewhat thankless role is well-played by Curzon Dobell.

I found the garden set (by Charles Morgan) adequate but lacking the rich detail mentioned in the text: “a rose garden,” a rhododendron, the inclusion of which might have brightened up the set. Also something a bit more attractive or specific could have been added to the beach scene.

But these are minor quibbles. Altogether, “A Day by the Sea” is a rich and thoughtful production, with a warm and universally meaningful text.

Diana Barth writes for several arts publications, including New Millennium.For information, she may be contact at diabarth99@gmail.com 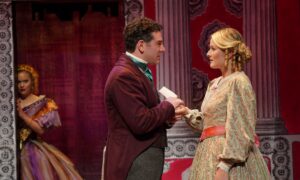 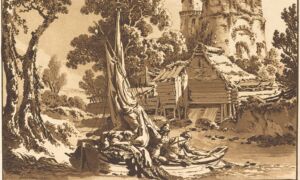 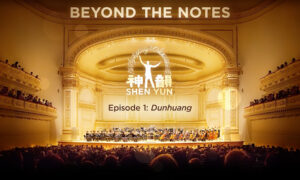 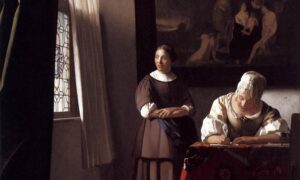 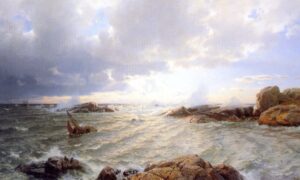