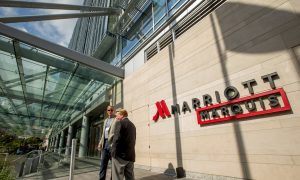 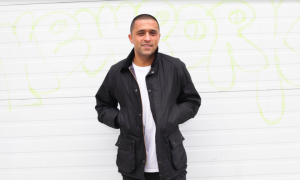 Q&A: On the Road With Ben Pundole, Founder of A Hotel Life
0 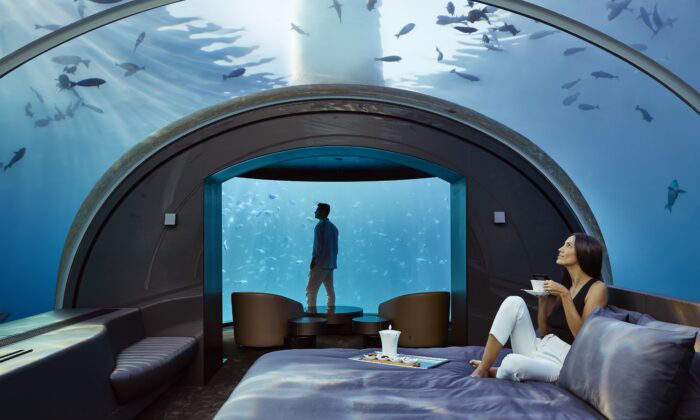 The undersea bedroom at the Muraka, a two-level luxury residence at the Conrad Rangali Island in the Maldives. (Justin Nicholas)
Destinations

The World’s Most Beautiful and Fascinating Hotels

These days, in an age of self-isolation and physical distancing, we’re all becoming intimately acquainted—too much—with every square inch of our apartments and houses. A nice, long walk feels like a luxury. And a leisure trip to a luxury hotel—in an interesting destination—seems like just a fantasy, at least for the time being. But as we shelter-in-place, sitting on our sofas and binge-watching movies, let’s also dream, together, of travel, and new horizons, and some of the world’s most beautiful (and fascinating) hotels, places to lay your head, which also have a compelling story to tell. Here are some of the best.

It’s a historic hotel in an ancient city—and also, home to probably the largest pool in the nation. Located on a grassy incline in a quiet corner of bustling Siem Reap, a step into the lobby here is a trip back in time. Built in French Colonial style, the hotel dates back to 1932, and suites in the main building carry through this theme, with dark wood, wrought iron, and hints of Art Deco. But hop into a tuk-tuk, and be taken to back even further, to the 12th century. It’s just 15 minutes away to the famous and iconic temples at Angkor Wat, haunting and magical sites spread through the rainforest, testaments to the power and wealth of the Khmer Empire. Then return for a dip in that huge pool, and a Singapore Sling from the Long Bar, a drink invented at the hotel’s sister property in Singapore.

The best hotels can tell you a few good stories—and this one makes it their mission. Located waterside on the harbor in Hobart, the capital of Tasmania, a picturesque and often pastoral island state hanging off the southern shores of Australia, each of the rooms at Macq 01 celebrates a different local character, from the colorful and quirky to the curious and creative, with artwork and even artifacts in glass cases carrying that theme through. Take a complimentary tour of the area with the hotel’s resident Master Storyteller, then dine in their seafood-forward restaurant, which overlooks fishing boats rolling back into the port—each one with a story of its own.

“I am living in a very posh establishment, the Sunset Tower, which, or so the local gentry tell me, is where every scandal that ever happened, happened,” wrote Truman Capote about this former apartment complex, now one of West Hollywood’s most stylish places to grab a drink—or spend the night. Designed in 1929, Marilyn Monroe, Mae West, Howard Hughes, Frank Sinatra, and a long list of other luminaries lived here. In one popular tale, John Wayne once kept a cow on his balcony—so his guests could have fresh milk in the morning. Located in the heart of the Sunset Strip, today you can relax at the pool in the afternoon, which takes in sweeping views of the city, then head to the Tower Bar, still a favorite of today’s biggest Hollywood celebrities.

Dominating the skyline of North America’s oldest walled city, this castle has peered from a vertiginous bluff in Upper Town over the St. Lawrence River since it opened its doors back in 1893. It’s both grand and labyrinthine, having been expanded three separate times. Built by the Canadian Pacific Railway as part of a string of luxurious railroad hotels constructed to promote travel and tourism across a fledgling nation, today it remains a stylish address. Walk the ramparts and cobblestones of Old Quebec City, take the funicular from Lower Town to Upper Town, then settle in for the evening, dining on a fresh, local, multi-course meal cooked by the best chef in the province (awarded last year), before retiring to the Celine Dion Suite, which celebrates this French Canadian singer and is decorated with her album covers and includes several CDs of her best music.

The adventure begins on a boat. Sliding into a seat on a stylish little covered craft, you’ll splash through the waves from Bora Bora to their own private island, a world unto itself, a land of thatched roofs and swaying palms and white sand and private pools, with views back to the dramatic, jagged peaks of Mount Otemanu, an iconic symbol of Polynesia. Take a dip in the resort’s secluded lagoon, revel in ancient Tahitian traditions in the spa, then rest your head in an over-water bungalow, that charmed wonderland awaiting you again, tomorrow.

For years, a series of grain silos, 42 concrete tubes, each about 100 feet high, formed some of the tallest buildings in Cape Town, both eyesores and icons. Falling into disrepair, and part of the otherwise swish Victoria and Albert Waterfront (a complex of upscale restaurants and bars and shops), a debate raged about whether to destroy—or reinvent—these agricultural relics. They chose the latter, using diamond cutting tools to reform interior spaces. The result: Africa’s largest contemporary art museum (Zeitz MOCAA) and the ultra-luxe The Silo Hotel. The latter lives in a former grain elevator (itself some 200 feet high), a super-stylish five-star hotel with just 28 rooms, each with a private balcony, spaces with Egyptian chandeliers and Persian rugs and African artwork. Plus the best rooftop bar (and pool) in the city, where you can grab a G+T and watch the African sun set over the water, on one side, and the majesty of Table Mountain, on the other.

It’s a rare thing, to eat, drink—and even sleep—underwater. Transported by seaplane from the Maldivian capital, you’ll disembark at a long dock that connects two separate islands, both part of the resort, each of them filled with beachside villas and over-water suites. And while you can dine in the salty breezes at a number of seaside restaurants, it’s even better in the ocean, at Ithaa Undersea Restaurant. The world’s first underwater restaurant, here you can dine for lunch or dinner, or just grab a glass of champagne, 16 feet below the surface, the walls and ceiling swimming with sharks and other fish. Then bed down at The Muraka, a two-level luxury residence, where the master bedroom is also submerged in the sea, nothing but coral and blue on all sides.

Set on stilts amidst an otherworldly granite landscape on a small island off Canada’s easternmost province (which is also an island), this luxury hotel is, they say, “far away from far away.” The brainchild of tech entrepreneur and native Newfoundlander Zita Cobb, the inn has also revitalized the local culture (and economy)—guests are given immersive experiences in crafts and practices that have supported life here for centuries, everything from cod fishing trips to woodworking, weaving and quilting workshops. But this is a place to relax, too—recline in the rooftop hot tub, or in your own in-room deep-soaker, set in front of a floor-to-ceiling window, and watch icebergs float by, just outside.