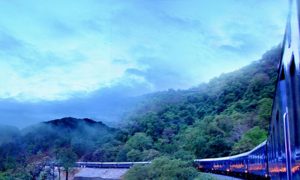 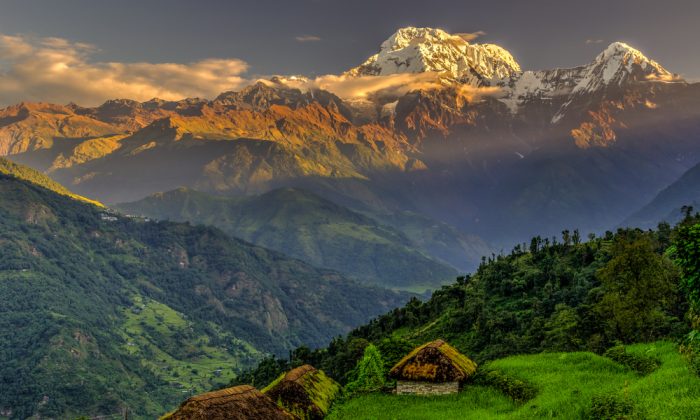 Annapurna South in the morning, Himalayas, Nepal via Shutterstock*
Destinations

Trekking Through the Himalayas

The Himalayas in Asia comprises of a series of mountain ranges and the highest peaks in the world. This gigantic range of mountain is over 40 million years old and stretches across several countries including Pakistan, China, India, Nepal, Bhutan and Bangladesh. The Himalayas offers a series of challenging trails that form the longest overland walking trails in the world. Trekking the Himalayas gives you an opportunity to explore some of the most scenic regions in the world, visit Buddhist villages and shrines, traverse through jungles and witness Asia’s most breathtaking wildlife. Travel with a specialist like the British Exploring Society for an extreme adventure.

The Trans Siberian railway is the longest in the world and traverses five different time zones from Moscow in Russia all the way to Beijing. It is one of the best overland journeys via train past spectacular landscapes of glassy lakes, snow capped mountains, dense forests, steppe land and lush hills. The journey takes seven days and covers a distance of 9,200 kilometers; it is more than just a mode of transport and leaves you with fascinating lifetime memories.

The Trans African route is one of the most famous overland journeys of all times. The route stretches from Cape Town in South Africa through Nairobi to London. The route became popular in the 1970s through tour operators and other small groups escaping the cold in Europe during the winter months to Africa. The route traverses through several African countries past the wild jungles, villages, cities and varied landscapes. Discover Africa through your own eyes witnessing its priced wildlife and unspoilt natural sceneries.

A campervan tour of Europe is one of the best overland journeys anyone could ever take. Europe is full of amazing attractions in way of ancient structures, gorgeous cities, diverse landscapes and rich cultural heritage. It has some of the best road networks in the world, making campervan tours easy and comfortable. Campervan tours are personal and allow you to deviate and follow lesser-known routes. Some of the famous routes in Europe include Highway 1 in Iceland, Romantic route in Germany and the stunning Amalfi Coast route in Italy.

The Way of St James

In Spain, the Way of St James is a famous pilgrimage trail leading to the shrine of Apostle James the Great and the Cathedral of Santiago de Compostela in Galicia. Many believe that the remains of St James the Great lie here and therefore take time to travel through this sacred trail for spiritual purposes. You can walk, cycle or ride a horse to the shrine. The pilgrimage tour takes four weeks on a bicycle or horse but for those who prefer walking, it may take longer.

The Silk Road is one of the oldest trade routes in the world, and is certainly one of the world’s best overland journeys, connecting several countries from China through Persia to the Mediterranean. In the north, the road covers Russia and Kazakhstan and in the south, it passes through Iran, Turkey, northern India and Pakistan. Explore this ancient overland route and feast your eyes on the ever changing landscapes and cities, some as old as history itself.

*Image of Annapurna South in the morning, Himalayas, Nepal via Shutterstock