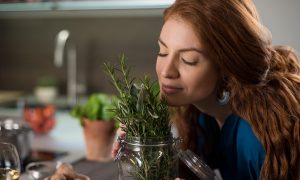 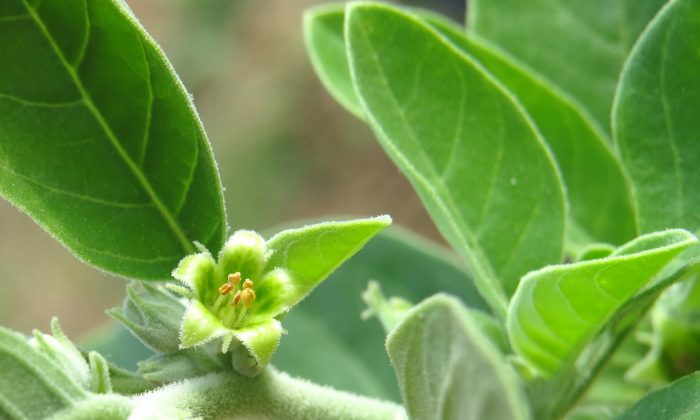 One of the most powerful herbs used in Ayurveda—the healthy lifestyle system practiced in India for millenia—is ashwagandha (Withania somnifera). Now this potent herb is getting some serious buzz.

Ashwagandha is so well known for its rejuvenating properties it is often referred to as Indian Ginseng, though it is not actually part of the ginseng family. Considered a “building” herb, ashwagandha has the lore of being able to impart the strength and stamina of a stallion.

Although using Ashwagandha may not send you galloping through the fields, it has been shown to deliver significant health benefits.

For starters, ashwagandha is an adaptogen, which means it is a substance that can help restore balance to the body when it is exposed to physical and emotional stressors, including environmental toxins, stress, insomnia, and harsh weather.

The herb does this through an ability to lower cortisol levels and act like GABA (gamma-aminobutyric acid), a neurotransmitter that is associated with anxiety relief and mood regulation.

Ashwagandha has been valued for its calming features for about five millennia, as well as for curing insomnia, constipation, inflamed joints, parasites, rheumatism, skin irritations, and more. It is a key remedy in Ayurvedic medicine and a common natural treatment option among many areas of the world.

Does your immune system need a boost after you’ve been ill or recovering from surgery? Experiencing inflammation and pain from arthritis? Need a natural way to help you cope with the stressors of your job, relationships, financial situation, or family pressures? Ashwagandha could help.

What Is Special About Ashwagandha?

Ashwagandha contains a wide spectrum of potent compounds, including alkaloids, choline, amino acids, fatty acids, sugars, and naturally occurring steroids known as withanolides. The healing powers of the herb can be found in its leaves and roots, although it is the latter that is usually used in Western supplements.

Here’s a rundown of the healing benefits of ashwagandha that have been studied and reported:

In a 2016 report appearing in Current Pharmaceutical Design, the authors noted the “unique medicinal properties of Withania somnifera.” They pointed out that some of the herb’s biological constituents, such as withanolide A, withanolide D, withaferin A, and withaniamides, provide important pharmacological properties, including an ability to address cancer, infections, neurodegenerative disorders, and anxiety.

Common dosages of ashwagandha range from 125 mg to 1,250 mg daily. Generally, the higher the dose, the more significant the impact. If you are taking any medication for thyroid disease, diabetes, or any autoimmune conditions such as rheumatoid arthritis or lupus, you should discuss the use of ashwagandha with a health care professional before you begin taking it.

When shopping for ashwagandha, look for root powder or extract in capsules (450 to 500 mg). Typical dosing directions are to take the supplement once or twice daily.