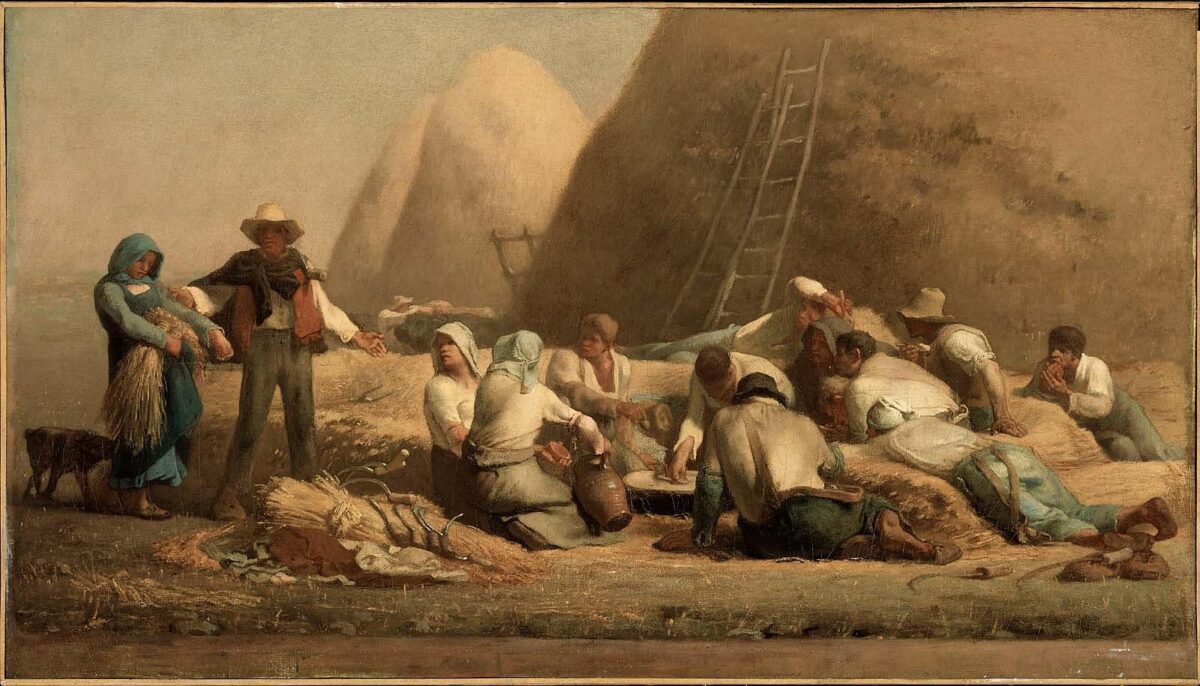 The Value of Labor in a Life Well Lived

Instead of the frenzy of productivity that is for its own sake, work done with intentionality and balance creates room for rest, peace, and fulfillment
BY Andrea Nutt Falce TIMEDecember 3, 2022 PRINT

This summer, my husband, four children, and I moved from our colorful little farm on a Florida bayou closer to the bustle of town. Leaving the hum of sleepy cicadas, the stretch of snowy egrets over watery sunsets, and early mornings working in a big, old barn was tough to accept.

But our oldest son started high school, and adding another destination to the sunrise trek to the other side of the shining bay—in addition to all the subsequent trips required in a school day—caused us to reconsider where we live and work at this juncture.

We didn’t dare list the four-acre oasis until we found an acceptable new option. Selling wasn’t the problem. Finding a new house and winning the bid were more formidable feats. Most desirable places were gone in a day or priced to sticker shock, as so many items from the grocery store to the gas pumps have become over the past couple of years.

At the end of the day, we solved that problem by choosing a serious fixer-upper. Accepting the task of labor, again, seemed a better prospect than losing our investment to a falling market later. The move came down to a consideration of time, resources, work, and love. We gave up our picturesque fields for another day. The quintessential question is to what end do we choose to toil?

Work Is for Man

In his 1986 address to the workers of the Transfield factory in Seven Hills, Australia, Pope John Paul II addressed the ongoing question of man’s relationship with work.

“First, it is always the human person who is the purpose of work,” he wrote. “It must be said over and over again that work is for man, not man for work. Man is indeed ‘the true purpose of the whole process of production.’”

In the “new” house, my husband and I have already torn out most of the 40-year-old cream carpeting that covered every room, including bathrooms. We have re-floored the downstairs, installed new doors, rebuilt walls, and gutted bathrooms. As parents of four, between volleyball. cheerleading, soccer, quiz club, painting, flying, unpacking, rebuilding, cleaning, and writing, we live amid the music of saws and sobs, laughter, clatter, clouds of demolition, and reconstruction.

This year, the kitchen was totally out of commission for Thanksgiving; as the cook, I couldn’t help but chuckle at the blessing and the curse. The regular seasons of life are busy enough, but now, heading into the bustle of the holidays, I am reminded that more activity isn’t always the best course. Labor and rest are integral to the cycle of human life. Work is as essential to man as is time for rest and reflection.

Before his life was demanded of him, Socrates impressed a significant statement upon the minds of future men by saying, “The unexamined life is not worth living.” Though the world is ever-changing, the human condition remains basically the same. We are born, we live, grow, love, rest, struggle, and finally die. It’s a matter of relevance how best to accomplish these tasks. What will we live for? What will we work for? What’s the final goal?

Long before Socrates posited ideas about a life well lived, and even before the fall of man, Genesis records God’s original charge to humankind:

”Be fruitful, and multiply, and replenish the earth, and subdue it” (Genesis 1:28). According to this order, man has gone forward to make his way in the world. Since the Garden of Eden, man’s relationship with earth and work has been tumultuous and evolving. Individual failures and the sins of wicked leaders pose an omnipresent impediment to man’s peace, productivity, and success. Still, with grace, hope, effort, and ingenuity, people have progressed to create new systems and technologies that aid in efficiency. May we use them well.

The Working Man in Art

Between 1857 and 1859, shortly after the industrial revolution, while humankind was reeling from the effects of the French Revolution, and the earliest ideas about democracy and communism simmered on the world’s front burners, Jean-François Millet painted “The Angelus.” It was a time when man was reconsidering the role of work, philosophy, individual rights, and freedom in an increasingly modern world. Millet, a French artist and champion of the Barbizon School of painters, wasn’t a particularly religious man. Some, in fact, accuse him of being communistic in his leanings.

He painted “The Angelus” for an American patron, who never returned to claim the work. When the commission went unclaimed, Millet added the church steeple from Chailly-en-Bière to the background. Reflecting upon the painting, he once asked a friend, “Can’t you hear the bells chime?” Millet explained that the inspiration for the piece came from his grandmother, who would always stop working and lead the children in prayer for the souls of the departed when she heard the ringing of the bells at the end of the day.

Millet is among a set of 19th-century painters who sought to express the beauty and dignity of the working man. Although, like so many of us, he struggled to gain a full understanding of the forces moving to affect his life and vision, what he was able to see, he expressed most powerfully in paint. Millet lived during a tumultuous time in history. He painted ordinary men and women, images of family, faith, and service lived in earnest. He was moved by the strength and beauty of a simple life, the traditions of hardworking people, and the structures of their faith.

How mankind ought to reconcile himself to work, and when and how he may achieve peace, are timeless considerations. During the current age, freedom and technology factor ever more significantly into the philosophical question.

The Value of Labor

Known as the patron saint of ordinary life, Josemaría Escrivá had significant insights to contribute. Living through most of the 20th century, St. Josemaría Escrivá founded an organization titled Opus Dei, which means “the work of God.”

In Escrivá’s words, “Since Christ took it into his hands, work has become for us a redeemed and redemptive reality. Not only is it the background of man’s life, it is a means and path of holiness. It is something to be sanctified and something which sanctifies.”

From the genesis of mankind to Socrates, Jean-François Millet, St. Josemaría Escrivá, our own lives, and into the generations beyond, it remains critical to contextualize the value of men and women and their call to work and to rest. Pope John Paul II continued the enduring discussion by explaining that “human work is a key, probably the essential key, to the whole social question.”

And while celebrating Mass at the Jubilee of Artisans in 2000, he expanded this sentiment.

“You can restore strength and concrete form to those values that have always characterized your activities: the striving for quality, the spirit of initiative, the promotion of artistic qualities, liberty and cooperation, the equitable relationship between technology and the environment, the bond with the family and good neighborly relations.”

The evidence of God’s work is all around us. From forest to mountain, to fish and sea, to you and me, creation is beautiful. After creating a veritable masterpiece of life, the book of Genesis explains, “On the seventh day God ended His work which He had done, and He rested” (Genesis 2:2). When examining the assignment of life, it’s interesting to account for the idea that we are made in the image and likeness of God.

Work itself is a tool and opportunity for man to do good. Millet’s work creates a stunning pictorial lesson about the ageless necessity to build a sturdy space for labor and love in this human life. In his painting titled “Charity,” as well as the poignant image of a mother holding her sick child in “The Infant (The Sick Child),” Millet’s art explains that even love itself involves work and suffering.

“The Angelus” reminds us to take a moment to reflect on the time we’ve been given and its inevitable end. After a lifetime of love, sorrow, joy, gratitude, and toil, there will be a break. May we embrace the sunset of our earthly days with hands folded in faith and the hope of hard-won peace.

Andrea Nutt Falce
Andrea Nutt Falce is a happy wife and mother of four. She is also a Florentine-trained classical realist artist and author of the children’s book, “It’s a Jungle Out There.” Her work can be found at AndreaNutt.com
SHARE
Friends Read FreeCopyFacebookTweet
SHARE
Friends Read FreeCopyFacebookTweet
You May Also Like