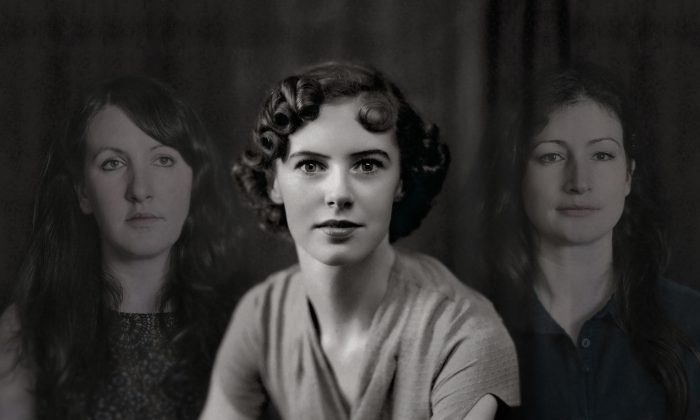 The Unthanks: How Wild the Wind Blows

The Unthanks have gained considerable acclaim as an eclectically influenced folk group centred around the stunning vocal harmonies of Tyneside sisters Rachel and Becky Unthank. Their last album, “Mount the Air”, won the BBC Radio 2 Folk awards album of the year in 2016, and they have received a Mercury award nomination for earlier work.

Their latest “Diversions” project is a re-imagining of the barely known songs of Molly Drake – the mother of one of Britain’s greatest singer-songwriters, Nick Drake, whose critical acclaim and recognition is far greater now than before his untimely death aged 26 in 1974.

Molly’s songs were originally written and performed for herself and the private entertainment of friends and family, then recorded by her husband in the 1950s as crackly home recordings. Revealed for the first time to the public on an album release in 2013, the songs – though deceptively simple and very much of the era – capture some of the same wistful and melancholy shadings found in her son’s work, yet with a transcendent and redemptive quality.

Intrigued by Molly’s body of work and the light it sheds on her enigmatic son’s work that it influenced, the Unthanks re-imaginings of Molly’s songs are a labour of love that breathes new life into the material.

Their work has now come to fruition in the form of an album and a tour that takes on the title of one of Molly’s greatest songs – “How Wild the Wind Blows”.

In a pre-tour message from the Unthanks, via the concert programme, the sisters explain the inspiration for the project:

“Hearing a woman, a mother, from that time, expressing the struggle between darkness and light, so beautifully, and with such artistry, confidently, and yet from behind closed doors, is as compelling a listen as we’ve ever experienced.

“There is no premise for this record, beyond our usual motivation as folk performers – to understand, connect with and share great writing …. We hope that her soft, sensual and radiant artistry affects you as it has us.”

Watching the Edinburgh show, it is clear just how captivated the sisters are by what they describe as the treasures they have discovered in the songs. Great care and sensitivity has clearly gone into the performance, with such details as a stage set with armchairs and lamps from the era when the songs were written.

The show is a nostalgic reflection on Molly’s unheralded life and work. A key contribution to the live event is the recorded voice of daughter Gabrielle Drake, who is spoken about by band members with great gratitude for her generous support of their work.

The recordings of her renditions of her mother’s poetry are seamlessly woven into the performance, enhancing the meaning of the songs and keeping the family connection alive.

Alongside this are projected archive photos from the family vaults, including as if finally coming into the light, colour film footage of Molly and family.

In the live performance, the Unthanks sisters seem to almost lose themselves in the persona of Molly, their ethereal and pure vocals capturing the emotional essence of the songs.

Compared to their last album, “Mount the Air”, the work is sparser and more minimal. The backing consists of piano, violin, double bass, clarinet and the occasional haunting flourish of tenor saxophone, for example on one of the standouts “Set Me Free”.

The overall result is beautiful – sad, haunting, yet ultimately presenting a vision of hope and enlightenment as expressed in the inspirational sentiment of “Road to the Stars”.

Molly Drake would have had no idea that more than 60 years after writing these songs as a private pastime, they would resurface and be performed around the UK to spellbound audiences. Nor could she have known at the time of their writing that her son would go on to become one of the most influential singer-songwriters of the 20th century, whose ageless music finds new fans of all generations year in, year out.

While Molly’s original low-fi home recordings are accomplished in their own right, the style of their presentation is clearly rooted in post-war Britain. Although the Unthanks re-workings always stay true to the original sentiments expressed, sometimes their presentation is close to the original, while at other times arrangements are boldly re-imagined. The end result is magical and transformative – like the themes of the songs themselves – so that the material now takes on the timeless quality of Nick Drake’s work.

The tour, “The Unthanks. How the Wind Blows”, continues across the UK and Ireland culminating in a performance at London’s Barbican on 28 May. The album The Unthanks DIVERSIONS VOL. 4 The Songs and Poems of Molly Drake, as well as an accompanying album – Extras – is released on 26 May. Visit www.the-unthanks.com for more information.