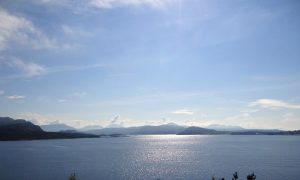 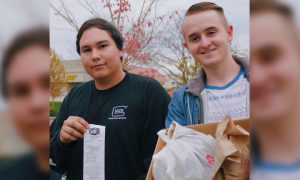 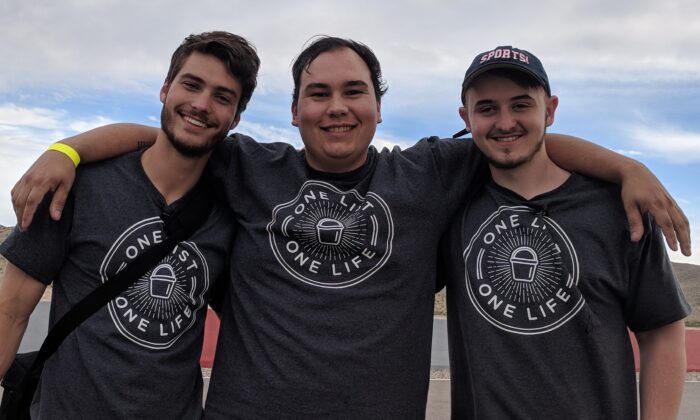 Dillon Hill (R) dropped out of college to spend time with his friend Chris Betancourt (C) after he was diagnosed with cancer a second time. (Courtesy of Dillon Hill)
People

The Unstoppable Momentum of Giving Back

Dillon Hill, 21, was doing homework one evening during his freshman year of college at the University of California–Davis when his phone rang. His childhood best friend Chris Betancourt was on the other end of the line; he told him that his cancer had returned. He only had approximately a year to live unless he received a bone marrow transplant.

Betancourt had been diagnosed with cancer at age 11. During the treatment process, Betancourt and Hill found that playing video games was tremendously therapeutic. After Betancourt went into remission, Hill went on to found the organization Gamers Gift while in high school, which has donated 75 gaming consoles and 225 games to kids in children’s hospitals.

Now that the cancer was back, Hill was somewhat in denial about the severity of the prognosis. Both Hill and Betancourt wanted to take action, so they created a bucket list for Betancourt.

“That was kind of our way of doing it. OK, [one] year left, but let’s do it well, and feeling if we responded dramatically, that would somehow subdue the cancer or something like that. It was kind of a weird way to fight it,” Hill said.

Betancourt’s bucket list was 127 items long and included activities such as eating the world’s hottest pepper and skydiving.

To let the world know their story, they made a video to explain who they were and what their mission was. It went viral, and subsequent videos would update people on their progress.

Hill quickly realized that fulfilling Betancourt’s bucket list would be a full-time job and decided to drop out of college to spend as much time as possible with his best friend.

“That year isn’t going to be spent with me sitting in lecture halls. That time can be spent doing stuff together, so let’s give it a shot,” Hall recalled thinking.

One of the biggest highlights of their experience was when the duo got free matching tattoos. Betancourt got a second tattoo with a Danny DeVito quote from the television series “It’s Always Sunny in Philadelphia,” which read “I don’t know how many years on this earth I got left. I’m going to get real weird with it.” DeVito saw a picture of the tattoo, and the two had the opportunity to have breakfast with him.

Betancourt also had the opportunity to fly a World War II-era plane over their hometown as the sun was setting.

He also fed the homeless during Thanksgiving.

“It was nice to be able to see his reaction to his bucket list helping other people,” Hill said. “That was the first time I think all of us kind of realized that other people could benefit from what we were doing.”

Inspired by the ALS ice bucket challenge, the duo started Lemons for Leukemia; they reached out to celebrities and people with large social media followings and asked them to film themselves biting into a lemon, share the video on social media, and challenge others to do the same. One particularly memorable video involved a young kid filming himself at his kitchen table.

“It was not necessarily interesting because of what he did, but it was more so interesting to see this little kid doing something for someone else,” Hill said. “To see that we motivated this young kid to do this was eye-opening in a lot of ways.”

Celebrities such as Dwayne “The Rock” Johnson, Gary Oldman, and Danny DeVito all participated. Hill and Betancourt were ultimately able to get over 8,700 people to sign up in one day.

As a result of their efforts, Betancourt received a bone marrow donor match in March 2018.

By the time Betancourt discovered he had a bone marrow donor match, he and Hill had crossed off approximately 40 items from the list. The last item they crossed off was making a documentary about Betancourt’s journey announcing the news about the donor match. Betancourt entered treatment in August 2018, and he’s currently in remission.

Hill took away numerous important life lessons from the bucket list journey with his best friend, but one in particular stands out. Hill realized how many people face tremendously adverse situations every day, and how lucky Betancourt was to get an opportunity for another shot at life.

Hill has continued his documentary series “One List One Life” under the brand name Live for Another. He wanted to keep the momentum going and felt it would be unfair to not continue the mission after Betancourt went into remission. Hill saw a picture online of a young cancer patient named Lexi who was undergoing chemotherapy treatment on her birthday with a huge smile on her face. Hill reached out to Lexi and told her about Betancourt’s bucket list documentary.

Lexi came up with her own bucket list, and Hill put in tremendous effort to help her cross the items off the list.

Lexi got the opportunity to meet a cheetah and visit Yosemite, for example. But the most impactful item on the bucket list was Lexi’s wish to be on a billboard to help get her an appearance on the Ellen DeGeneres Show. Hill reached out to a local company and got 11 billboards with Lexi’s photo on them. He picked her up at the airport, and took her around so she could see all of the billboards with her face on them.

It made Hill feel he was on the right track. It reminded him of how people had helped him and Betancourt.

“It really felt like we did a good job of continuing the momentum, and having a really huge positive impact on someone else’s life in the same way that everyone else did on our lives,” Hill said.