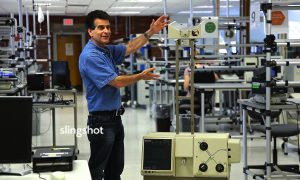 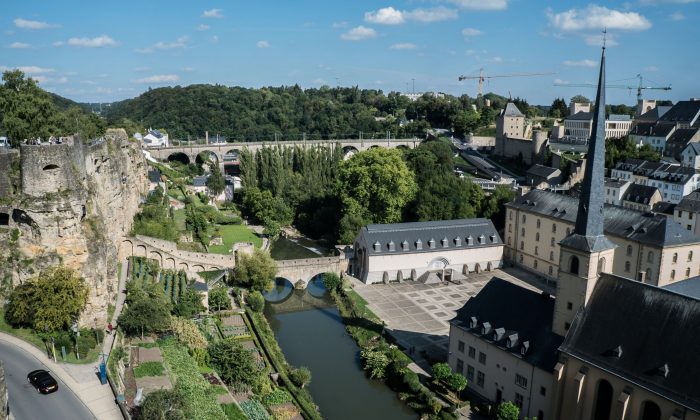 The River Alzette runs through Luxembourg City, which is surrounded by lush valleys. The old ramparts are on the left. (Mohammed Reza Amirinia)
Arts & Culture

The Undiscovered Delights of Luxembourg City

Luxembourg, that tiny country situated in the heart of Europe and the world’s only Grand Duchy, is not a big tourist destination, which is surprising given its rich history and heritage.

Surrounded by Germany, France, and Belgium, Luxembourg used to be called the Gibraltar of the North because of its strategic significance. Its topographical position and outstanding lands made it an attractive target of both its immediate neighbours and the great European powers.

The history of Luxembourg City goes back to Roman times, when a town expanded around a fortified tower guarding a Roman road. Fortifications were built gradually over time, and the last one—one of the biggest fortresses in modern Europe—stood until the 19th century. It was dismantled after the 1867 Treaty of London, and today only about 10 percent of it remains. It was a big price that Luxembourg had to pay for its independence.

Luxembourg City has an interesting mix of of historic sites and contemporary architecture, while green valleys host lush parks and gardens. The picturesque and perfectly maintained Old Town is situated at the convergence of the Alzette and Pétrusse rivers on a natural fortification built of sheer rocky ridges perched above two deep river gorges. Lofty bridges span the gorges.

The city can be divided into four main parts. The core of the medieval town is called the High City (Ville Haute) while the Low City (Ville Basse) is located in the valley by the River Alzette. Ville Basse seems to possess most of the scenic areas.

The magic of the city extends to a different world when you cross the Red Bridge to the modern business district of Kirchberg, where the European Investment Bank and other important European Union institutions are located.

I began my exploration at Place Guillaume II, Luxembourg’s largest square and home to a bronze equestrian statue of King-Grand Duke William II, Prince of Orange. The Hotel De Ville turns into a flower and farmers market on Wednesdays and Saturdays, giving the square a completely different feel. This charming square is the main hub and connects to all the heritage attractions of the city, all of which are within walking distance of one another.

As I walked in the winding streets of the Old Town, I had the sense that I was strolling through a sleepy village.

As I walked in the winding streets of the Old Town, I had the sense that I was strolling through a sleepy village. I was pleased to experience such a beautiful city that was not overrun by tourists.

On Rue du Marché aux Herbes I marvelled at the Grand Ducal Palace and the beauty of its architecture. The 16th-century palace, which adjoins Luxembourg’s Parliament, is the official residence of the Grand Duke of Luxembourg and is guarded by a sentinel who marches up and down by the main gate. There is a door between the two buildings, which the Grand Duke can use to enter into the House of Representatives.

The palace looks like something out of a fairytale, and unlike many other European palaces, which are usually surrounded by large gardens and fenced off, this one is located in the heart of the city and among the people. I didn’t spot any members of the royal family, but I was told it’s not unusual to see them in local stores.

The Bock promontory in the old historical district high above the River Alzette offers a stunning view of the lush valleys that encircle the city, the old stone Adolphe Bridge, and the fortification ruins and remaining towers. I walked along the ramparts to view the gorges on both sides of the Bock.

Beneath the ramparts is the Bock Casemates, a maze of tunnels stretching for 14 miles that snake around the Old Town. This underground city was designed to survive the severest siege, and intended to house thousands of people, soldiers, and animals. The dark corridors and pathways open to various connecting galleries.

On my way back to the hotel I discovered Luxembourg’s Notre Dame, built in the 17th century and standing as an amazing work of art, combining a blend of Gothic and Renaissance architecture.

In the afternoon I continued my stroll around the palace and through the narrow alleys, lost in a dreamy exploration of the Old Town. I almost forgot that the city was only a small part of a major financial epicentre.

There is a lot to experience in Luxembourg. Across the Alzette Valley in Kirchberg—in complete contrast to the old historic city—is a bustling new one with its skyscrapers, glass buildings, and contemporary architecture. But that’s for a return trip!