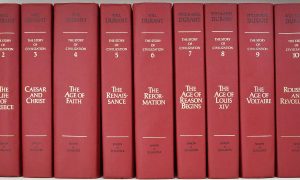 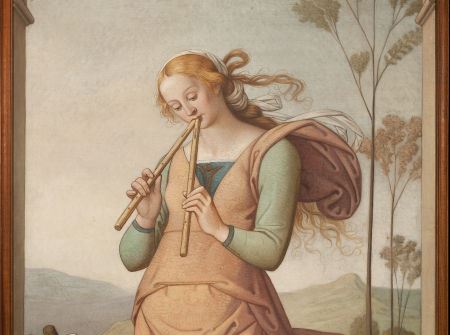 Eupterpe is making her appearance through the Society of Classical Poets. “Euterpe, Muse of Poetry,” 1892, by Egide Godfried Guffens. (Public Domain)
Literature

The Tide Is Turning for the Arts

To call World War I a catastrophe for the West is akin to describing a Burmese tiger as a pussycat. In addition to the Great War’s 40 million dead, the conflict destroyed three empires, raised the banners of communism and fascism, marked the beginning of the decline of European hegemony around the world, and drastically altered the manners and mores of European society.

The “war to end all wars” also gave us modernism, a word designating certain modern ideas or qualities that held sway in cultural matters from the end of the war until the 1960s, when postmodernism entered the picture. Postmodernism celebrates the relativity of ideas and values, declaring there can be no such thing as universal truth, morality, reason, or even reality.

In art, dance, music, and poetry, these two movements wrought changes that remain with us today, particularly in regard to form. Sculpture and painting, for instance, moved toward the abstract, giving us painters like Jackson Pollock and sculptors like Henry Moore. Like these painters, poets abandoned form—rhyme and meter, the sonnet, and the villanelle—and gave themselves over to free verse.

In making such drastic shifts, these modernists and postmodernists lost much of their audience. Other factors had a hand in this demise—shifts in technology, for example, and the explosion of visual entertainment—but in most instances, the poets and artists must share the blame for appealing to a limited number of connoisseurs. In the 1960s, for example, the public preferred the storytelling illustrations of Norman Rockwell to the abstract expressionism of Mark Rothko, the colloquialism and formal style of Robert Frost to the modernism of William Carlos Williams.

The Tide Is Turning

Since the close of the 20th century, the tide of postmodernism has turned somewhat in art and poetry. In regard to painting, here is but one example: Based on a true story, the movie “Local Color” tells of a Russian painter mentoring a young American art student.

This film caused a ruckus in the art world for its defense of representational painting. Employing what might euphemistically be called colorful language, the painter Nikolai Serov is an ardent proponent of artistic form who despises abstractionism and postmodernism.

In poetry, too, a shift back toward tradition and form is taking place. Here in The Epoch Times, we have looked at William Baer and his fine collection of verse, “Formal Salutations,” which contains all manner of forms, rhythms, and rhyme. Baer’s work is particularly important for his portrayal of gritty characters, men and women who have seen better days, and for his love poems, one of which, “The Swimming Pool Float,” will remain with me to the end of my days.

But one poet does not a movement make. Time now to visit The Society of Classical Poets (classicalpoets.org).

Here is the mission statement of those who founded the Society:

The Society’s mission is to preserve humankind’s artistic traditions; to reestablish poetry as one of the most widely appreciated forms of literature, communication, and entertainment; to increase appreciation of centuries of rhyming or metered poetry; to support poets who apply classical techniques in modern poetry through publication and performance opportunities and awards; and to aid in language arts education that imbues high moral fiber and good character.

When we visit this website, we find that the men and women at the Society deliver the goods as promised. There are different contests and challenges, such as “write a square poem,” “compose a poem containing a line from Shakespeare,” and the Friends of the Falun Gong Poetry Contest.

Posted as well on this attractive site are essays on poetry and related matters, announcements regarding upcoming symposiums and events, invitations to poets to submit their work, resources for high school students, and articles and books on how to write poetry.

Best of all, of course, are the poems themselves.

In addition to poems about such topics as love, family, and nature, here we find sonnets about World War I, poems about the Notre Dame fire and the current state of Brexit, and verse by high school students like Victor Tyne and Wandi Zhu.

These poems appear daily at The Society of Classical Poets. Here, for example, posted on May 18, are the opening lines to T.M. Moore’s “A Poem on Terrorism: Why Not?”

We shake our heads, and wonder, “Why?” aloud
each time some speeding truck plows through a crowd,

or grinning gunman gloats at blood and breath
spilled and extinguished by his date with death;

or when some faithless man, supposing life
is little more than sex, discards his wife

and children, showing not the least remorse;
and when some jackboot beats a saint—or worse—

we look the other way, or maybe pray
and shrug, not knowing what to do or say.

The rest of Moore’s poem examines how we arrive at these “mind-boggling sadnesses,” and how and why we comply with those “who teach that life is meaningless.”

In the opening lines of “Mother of Falun Gong,” Gleb Zavlanov, age 19 when he composed these lines, writes:

They said my mother would be back tomorrow,
They said her smile would still shine proudly here,
Her hand brush off the dreadful, bitter sorrow
That manifests itself within a tear,
But twenty years had faded like wan mists
That glide and winnow on a brackish lake
And yet, her awful absence still persists
And strives and strains to make my small heart break.

These and hundreds of other poems written in the centuries-old, classical style may be read on this site.

Robert Frost once famously remarked that writing free verse is like playing tennis without a net.

The poets, editors, and staff at The Society of Classical Poets clearly and wholeheartedly agree with him.