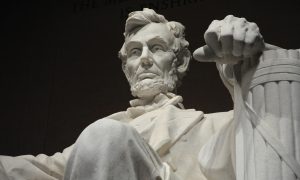 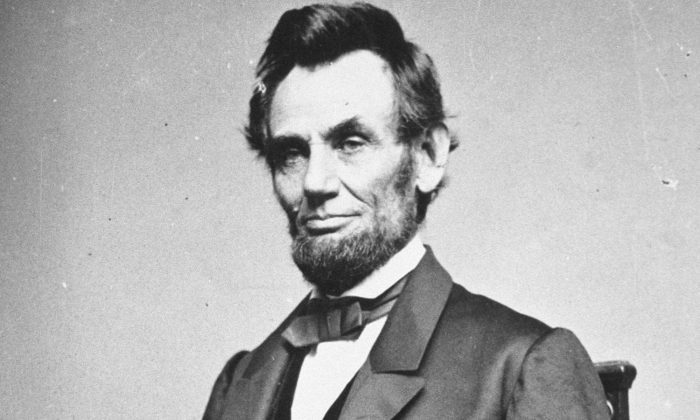 The Civil War broke  out shortly after President Abraham Lincoln became the United States’ 16th president. The following heart-rending tale, retold and circulated in books and on social media, was about Lincoln’s act of compassion toward a dying soldier in the time of America’s greatest crisis.

Growing up in a poor family in Kentucky, Lincoln lost his mom to “milk sickness” when he was just 9. As a boy, he also witnessed the passing of his elder sister, who died while giving birth to a stillborn son.

Lincoln’s painful struggles during his early life resulted in his developing a heart of compassion and concern for others, according to American biographer Kearns Goodwin.

President Lincoln’s compassion was extended to all people, including the wounded soldiers who had paid the ultimate sacrifice for America’s freedom.

General William T. Sherman, a general in the Union Army during the American Civil War, wrote in “Memoirs of General W. T. Sherman” that he was more than impressed by Lincoln’s “kindly nature, his deep and earnest sympathy with the afflictions of the whole people, resulting from the war, and by the march of hostile armies through the South.”

Out of compassion, President Lincoln traveled long distances to visit injured soldiers on the battlefield and hospitals on numerous occasions during the Civil War. He tried to lift the soldiers up through his kind and caring words.

On one visit, doctors directed Lincoln to a young soldier who was approaching death. The President went over to his bedside, asking, “Is there anything I can do for you?”

The emaciated soldier clearly didn’t know the man standing in front of him was President Lincoln. Not recognizing who he was, the wounded young man whispered to the President with some difficulty, “Would you please write a letter to my mother?”

Lincoln duly complied and carefully jotted down what the soldier said on a piece of paper.

“My dearest mother, I was badly hurt while doing my duty. I’m afraid I’m not going to recover. Don’t grieve too much for me, please. Kiss Mary and John for me. May God bless you and father,” the soldier said.

The soldier stopped as he was too frail to continue. And so, Lincoln signed the letter, writing, “Written for your son by Abraham Lincoln.”

When the soldier saw the note Lincoln had written on his behalf, he was astonished to see “Abraham Lincoln’s” signature at the end. “Are you really the President?” the young man asked.

Lincoln replied, “Yes, I am,” before asking if there was anything else he could assist him with.

In response, the soldier said: “Would you please hold my hand? It will help to see me through to the end.”

In the quiet room, the tall, gaunt president held the young man’s hand and offered him words of encouragement until he breathed his last.

Having the breadth of mind and compassion to listen to the needs of his people, President Lincoln was undeniably an excellent leader.

We should follow Lincoln’s example and extend our compassion toward others when they are experiencing hardship. Just as American researcher Steve Maraboli wrote, “A kind gesture can reach a wound that only compassion can heal.”