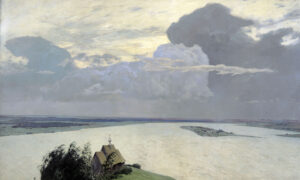 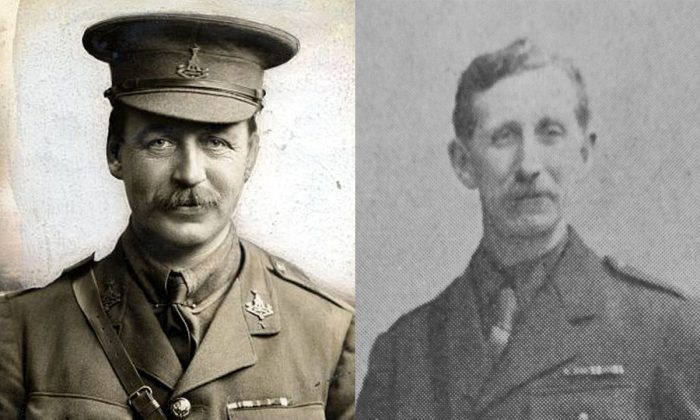 The Sykes-Picot Agreement created the modern Middle East. It represents one of the first installments in a long line of modern European—and subsequent American—meddling in the region. And, in providing a set of unrealistic and impossible promises to the Arabs, it led directly to the Israeli-Palestinian conflict.

The Asia Minor Agreement, the official name of the Sykes-Picot Agreement, dates to 1916. It was the result of secret deliberations between the British civil servant Mark Sykes and French diplomat François Georges-Picot.

It was made official by the Allied Powers of World War I with the San Remo Conference in 1920.

The agreement provided a general understanding of British and French spheres of influence in the Middle East. The goal was to divide between them the Ottoman Empire’s Arab provinces (not including the Arabian Peninsula).

The line across a map of the Middle East (below) it drew created colonial spheres of influence that cut directly and artificially across a region that had previously been divided along ethnic, linguistic, and religious lines.

In 1920, the latter region was transferred to British control as “Mandatory Palestine.” It was governed under British civil administration until 1948, during which the competing Arab and Zionist nationalist movements clashed with one another.

The cause of many of these clashes were unrealistic promises made to each side by the British; promises directly related to the artificial arrangement of the modern Middle East initiated by the Sykes-Picot Agreement.

The agreement, then, helped frame the contours of modern nation states in a region where before there had been none. Since it’s essentially an accord between two colonialist powers external to the region, it would have devastating effects.

The mainstay of the plan was that France and Great Britain were prepared to recognize and protect an independent Arab state, or confederation of Arab states—in exchange for Arab help in overthrowing the Ottoman Empire.

To get a sense of the broken promises, it’s worthwhile comparing the Sykes-Picot Agreement to two other contemporary documents. These are the McMahon-Hussein letters and the 1917 Balfour Declaration.

Sir Henry McMahon was the British high commissioner in Egypt and Hussein bin Ali was the Sharif of Mecca. In letters they exchanged between 1915 to 1916, Britain clearly agreed to recognize Arab independence after World War I, in exchange for Arab help in fighting the Ottomans.

The Arabs regarded McMahon’s promises as a formal agreement, which it may very well have been. The boundaries proposed by Hussein included Palestine. But this area was not explicitly mentioned in the McMahon-Hussein correspondence.

Confusing the issue was the 1917 Balfour Declaration, which promised British support for a Jewish “national home” in Palestine. Part of this very short text reads as follows:

His Majesty’s Government view with favor the establishment in Palestine of a national home for the Jewish people, and will use their best endeavors to facilitate the achievement of this object…

These conflicting promises remained at the heart of the impasse between two distinct nationalist groups in Mandate Palestine: the Zionists and the Arabs, later to be renamed Israelis and Palestinians.

Repeated and conflicting promises to both sides during the Mandate period further stoked nationalist resentment. Each expected the land to remain in their hands, which seems to have been what the British promised them. And repeated attempts at dividing or partitioning the land suited neither.

If the Sykes-Picot Agreement created the modern Middle East, it is also at the heart of many of the region’s intractable problems.

The most significant, at least historically, has been the Israeli-Palestinian conflict. More recently, it’s the breakdown of Arab nation states in the area and the rise of Islamic State (ISIS).

One of ISIS’s stated goals is to dismantle the agreement. The outfit’s leader, Abu Bakr al-Baghdadi, has called for replacing the crumbling nations of the area into a transnational regional power, the so-called “caliphate.”

In a 2002 interview, then British Foreign Secretary Jack Straw quipped:

The Sykes-Picot Agreement is instrumental to understanding the modern Middle East. It represents the framework of its colonial past and shows the potential for national fractures inherent to the region’s present and future.

When taken in the larger context of other agreements, declarations and promises to the players in the region over the years, we see how the agreement is at the root of so many contemporary problems.

Aaron W. Hughes is a Philip S. Bernstein professor of Jewish studies at the University of Rochester. This article was originally published on The Conversation.