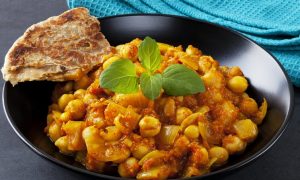 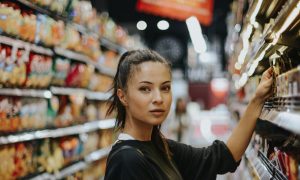 Starting to Exercise Might Make You Want Healthy Food
0 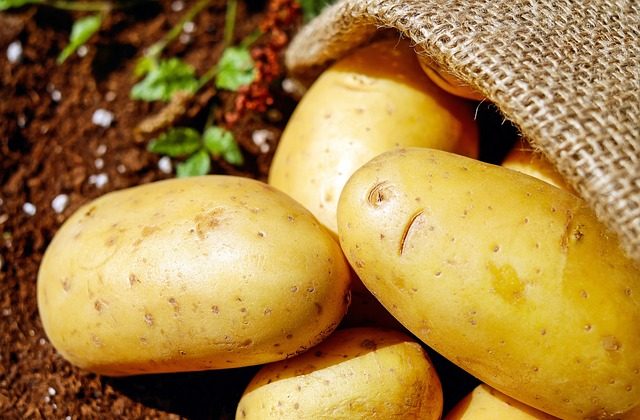 Low carb dieters need not fear the potato. Its complex carbs and lack of fat make it a great compliment to your daily diet. (Pxby/CC)
Mind & Body

The Surprising Health Benefits of Potatoes

Potatoes are among the most ancient and basic foods, topping the list as the number one vegetable crop in the United States and the world. These tubers have been cultivated for as long as 10,000 years by the Indians living in the Andean mountain regions and today are often considered comfort food by people around the world.

For all of their history and nutritional and health benefits (which I will get to in a moment), some people on low-carb diets banish potatoes from their diets because the spuds are a source of carbohydrates. While limiting simple carbs is a wise choice for nearly everyone, it’s important to include complex carbohydrates in your diet on a daily basis since they are a major source of energy for the brain and body. In addition, complex carbs, unlike simple carbs, retain their nutrients, are a significant source of fiber, aid digestion, and are metabolized more slowly by the body.

Therefore, moderate consumption of potatoes is a nutritious dietary choice when you prepare them in a healthy way. In other words, skip the deep-fried potatoes and gobs of butter, sour cream, and cheese. Instead, enjoy them with the skin, grilled, baked, or mashed with pureed veggies and herbs. Delicious!

One small baked potato with skin provides 128 calories, 3 grams protein, 0 grams fat, 0 mg cholesterol, 3 grams fiber, and 29 grams carbohydrates. As an added bonus, potatoes contain the essential amino acid lysine, which is typically not found in other complex carb foods such as grains.

Now let’s dig into the health benefits of potatoes. Here are 9 great reasons to eat them:

Potatoes help reduce blood pressure. Potatoes contain at least two substances that can help lower blood pressure. One type is kukoamines, which were discovered in potatoes by a scientist at the Institute for Food Research in the United Kingdom. Another is potassium, a mineral that plays an important role in blood pressure. One small baked potato with skin provides 21 percent of your daily value of potassium.

Potatoes help reduce arthritis pain. If you suffer from rheumatoid arthritis, one traditional recipe attested to for generations recommends taking 2 teaspoons of raw potato juice before meals to ease your pain and discomfort.

Potatoes love your heart. Potatoes are an especially good source of vitamin B6, a nutrient that is associated with reduced rates of heart disease. Other heart-friendly nutrients in potatoes include fiber, potassium, niacin, and vitamin C. By the way, the fiber in potatoes helps reduce cholesterol, another heart-healthy advantage.

Potatoes have cancer-fighting agents. Researchers have found that potatoes contain lectins, a group of proteins and glycoproteins shown to have anti-cancer properties in the lab, animal studies, and human studies.

Potatoes are not fattening. Eating potatoes will not make you fat and can be part of a weight-loss plan. In a study of 86 overweight adults, the participants were assigned to one of three groups for 12 weeks: two groups reduced their calorie intake by 500 calories daily and ate diets that were mostly either low-glycemic index or high-glycemic-index, respectively. The third group had no calorie restrictions. All of the groups ate 5–7 servings of potatoes per week. At the end of the study, all three groups showed a modest weight loss. As the authors noted, “Potato intake did not cause weight gain.” Here’s a little-known tip about potatoes that can help with weight loss: When you cool a cooked potato, it produces greater levels of resistant starch, which helps your body burn 25 percent more fat!

Potatoes support nerve health. The B vitamins in potatoes are essential for maintaining a healthy nervous system and supporting the optimal function of the adrenal glands. The excellent levels of vitamin B6 (21 percent of daily value) in potatoes helps in the production of brain chemicals called neurotransmitters, which support nerve cell communication.

Potatoes promote skin health. Nearly one-quarter of your daily value of vitamin C is found in each small baked potato. Vitamin C is important for collagen, the protein that gives the skin its strength and the most abundant protein in the body.

Potatoes support healthy muscles. The complex carbs in potatoes are a great way to fuel the process called glycolysis, which is the breakdown of carbs during and after exercise. The potassium in potatoes also is helpful for muscle contraction.

The answer to this question is clear. If you are familiar with the Environmental Working Group’s yearly report called the Dirty Dozen, you probably already know that potatoes, while not part of the dozen, are not far behind. In 2018, spuds were number 11 on the list and had the distinction of bearing more pesticides by weight than any other fruit or vegetable.

According to the USDA’s Pesticide Data Program, conventionally grown potatoes host 35 different pesticides, 6 of which are known or probable carcinogens, 12 are believed to disrupt hormones, 7 are neurotoxins, and 6 are associated with reproductive or developmental toxicity. More than three-quarters of conventionally grown potatoes have a residue of chlorpropham, a honeybee killing herbicide that has caused dramatic health damage in laboratory animals. Conventionally grown potatoes not only absorb toxins that have been sprayed above ground; they also absorb them from the soil. Potatoes are sprayed during the growing season, before they are harvested, and once again after harvest to prevent them from sprouting.

Of course, any potato you cooked yourself is significantly superior to one you got at a drive-through or vending machine.

Are you ready to enjoy delicious, nutritious baked, grilled, or mashed potatoes? Did I mention there are about 100 different varieties of edible potatoes from which to choose? Sounds like you have a lot of spuds to explore. Bon appetite!

Andrea Donsky is an author, registered holistic nutritionist, editor-in-chief of NaturallySavvy.com, and co-founder of The Healthy Shopper Inc. and Naturally Savvy Media. This article was first published on NaturallySavvy.com—a recipient of Healthline’s Best Healthy Living Blogs for 2019.