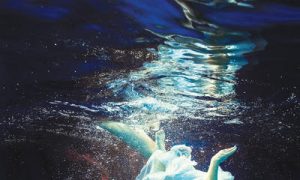 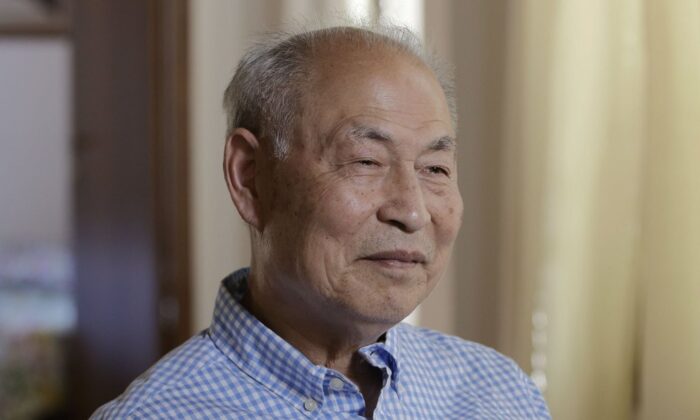 Zhang Kunlun in an interview for the film “Sacred Art.” (Courtesy of Kacey Cox from "Sacred Art")
Fine Arts & Craftsmanship

The Story of Zhang Kunlun: From Tortured Chinese Prisoner to International Art Leader

Professor Zhang Kunlun is one of China’s most accomplished sculptors. As the recipient of many awards, Zhang was once the director of the Sculpture Institute of the Shandong Art Institute, as well as director of its Sculpture Research Institute. He also created some of China’s largest monuments.

Yet at the peak of his career, the renowned artist became a victim of the persecution of Falun Gong in China. The recognition and respect he received from Chinese officials ended abruptly when he stood up for his freedom of belief. Zhang was detained in China four times, beaten, and tortured for practicing the peaceful meditation practice. Just like that, the once renowned artist was treated like a criminal.

After imprisonment and severe torture, Zhang Kunlun now lives in the United States where he creates magnificent works of art and curates the world’s most toured group-art exhibition, “The Art of Zhen Shan Ren.” The exhibition, which he launched in 2004, has since toured more than 50 countries with over 1,000 shows worldwide, from New York City to Paris, from Toronto to Milan. The intention of the exhibition is to expose one of the most tragic human rights violations of our times—the persecution of Falun Gong in China—while affirming the power of beauty in art.

Sculptor and New Masters Academy instructor Johanna Schwaiger, said by phone, that she had the privilege of working alongside Zhang during a short apprenticeship with him in 2003 at his workshop in upstate New York.

“The encounter with professor Zhang Kunlun was a big milestone in my journey as an artist. I was amazed by his mastery and the stoic patience he had going about his work. But the biggest impression he left on me was his selflessness and lighthearted nature even after all he has been going through in detention in China.

“His spirit was not broken, quite the opposite. His mission is very clear, and his art is never about himself but honoring truth and beauty with the best he can do. He worked on several projects throughout the day, every one with a level of high mastery, but to one sculpture he gave extra attention—an over life-size sculpture of Buddha.”

Toronto-based filmmaker Kacey Cox has spent the last seven years following the exhibition in its journey across the world for his soon-to-be-released documentary “Sacred Art.”

Cox documented a detailed and intimate interview with Zhang about his experience in Chinese detention and his mission in art, which he has graciously shared with New Masters Academy’s online magazine Canvas.

In 1989 during his quest to find meaning in life and art, Zhang moved to Montreal, where he taught at the prestigious McGill University.

It wasn’t until 1996 when he moved back to China to take care of his mother-in-law and learned about the meditation practice Falun Gong that he felt he’d become a new person.

“When I returned to China, upon getting off the plane, I saw that Falun Gong was spreading very rapidly. On almost every lawn and every square, people were peacefully practicing the Falun Gong meditation exercises … It was wonderful.”

In 1999, the Chinese Communist Party began a smear campaign against Falun Gong. Millions of people lost their jobs; many were imprisoned, tortured, and even killed. Zhang goes on to explain:

“The CCP utilized all state-owned departments, newspapers, radio, and TV stations, even mobilizing the military and state police. The entire country was in terror. It was a large-scale manhunt.

“At that time, I wanted to make a 75-meter (about 250 feet) high Buddha statue. But since I practiced Falun Gong, I was blacklisted and in danger at [every] moment. I too became a victim and got detained.”

Zhang decided to write a letter to the Chinese government, explaining his belief that Falun Gong is beneficial to society. In July 2000, Zhang was taken into police custody. In a detention center, he was tortured with electric shock batons.

“You could smell the burning skin,” he recalls. His legs and arms were badly burned, and his left leg was left so badly injured that he had difficulty walking for three months.

“Their goal was to keep us from having even one minute to be able to think independently,” Zhang says.

“I was monitored 24 hours a day by a group of [guards]. After endless brainwashing, deception, coercion, and psychological attacks, I almost collapsed. Such mental torture was even worse than physical torture. They transferred me to Wancun Forced Labor Camp. I prepared myself to possibly die there, because Wancun is notorious for persecuting practitioners to death. I didn’t think I could survive.

“To my surprise, they used an entirely different approach. A deputy commissar said, ‘We have an art teacher here. Can you teach some painting?’ I said, ‘I am not interested.’ Then, he coerced me to sit there. He brought brushes, ink, and paper over and told me to paint. I made two strokes with the brush. He recorded it. They broadcasted this to the public, deceiving everyone. This hurt me the most. The mental devastation still continues today.”

The coerced video demonstration was then taken by communist officials to falsely claim that he had renounced Falun Gong and had started working with the authorities. This propaganda was shown to Canadian officials who had pressured the Chinese government to release Zhang.

With the help of Amnesty International and the Canadian government, Zhang was released early from detention on Jan. 10, 2001, and returned home to Canada. There, his determination to defend freedom of belief in China became stronger than ever.

“[Today,] a large number of Falun Gong practitioners are in prisons. I have to speak on their behalf to stop the persecution. I couldn’t just care about my own well-being. But how should I do this? Art is my profession. I can only do it through art.

“I was thinking, should I start an art exhibition? I couldn’t get practitioners from China [to contribute art] because they were being persecuted, so I only looked for artists who were overseas. I made phone calls and sent emails. I started searching for them everywhere.

“At the time, we had gathered 15 artists together who all shared the same mission. When we began, we weren’t sure what to do. Because I have experience in painting, in many cases, I made the composition, and others painted.

“The first exhibition was in 2004, at the capitol in Washington, D.C. My aim was to have governments around the world awaken to this issue and call for justice. During the exhibition, some members of Congress came to see it. They were almost in tears. They said that more people should see these paintings. That inspired us. So later we started exhibiting them around the world.”

Besides creating and showing artwork depicting the persecution and its victims, Zhang continues to sculpt the Buddha.

Johanna Schwaiger recalled, “I remember being in awe seeing the over life-size sculpture masterfully crafted in his workspace. The large representation of Buddha was an otherworldly being, radiating pure compassion that made my eyes tear up.”

Austrian Holocaust survivor, neurologist, and author Victor Frankl wrote that “what is to give light must endure burning.” Zhang’s ordeals and devotion have forged an artist whose light serves as a beacon of faith, endurance, justice, and beauty for us all.

Masha Savitz is a journalist, author of “Fish Eyes for Pearls,” painter, and filmmaker who wrote and directed the groundbreaking documentary “Red Reign.”

This article, slightly edited, is reprinted with permission from Canvas: The Online Magazine for Artists by New Masters Academy.