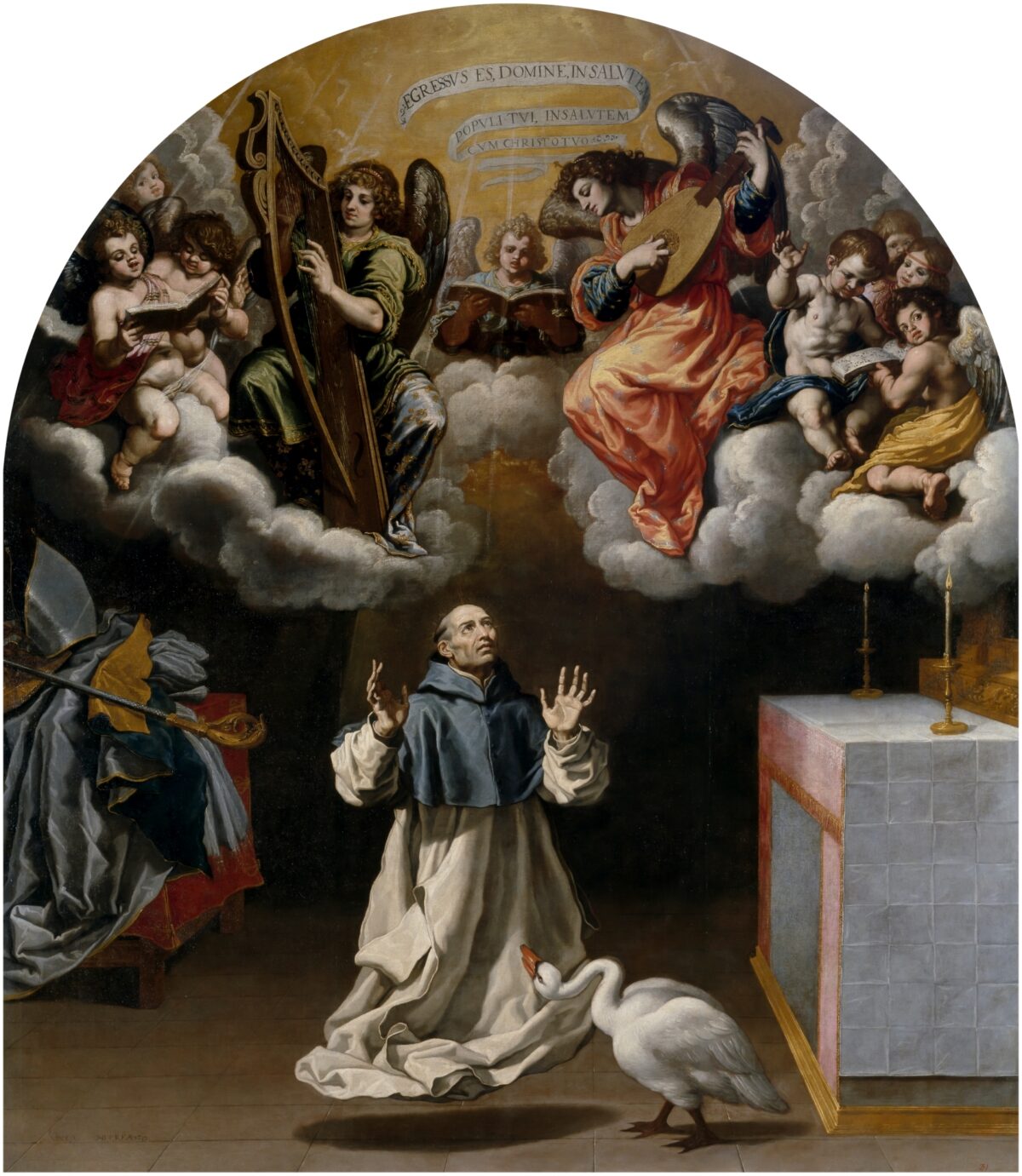 The Sound of Healing: Sound Used as a Therapeutic Treatment

Can sound be used as a therapeutic treatment? While it remains to be a generally unorthodox idea in allopathic medicine, it is far from new. Throughout human history, ancient cultures venerated the act of creating sounds and strongly believed that specific resonant frequencies can produce healing effects. Ancient mythologies looked at sound not merely as pleasurable entertainment but also as a therapeutically, and ontologically, vital energetic force.

Sound is vibration in space and time. Though we can’t see it, everything in the material world vibrates at a frequency. The idea that targeted frequencies can have a resonant effect on us, physically and psychologically, is not as outlandish as it may first sound. Doctors and researchers have conducted many scientific studies in recent years pointing toward the beneficial healing effects of certain frequencies. If music and sound have this incredible potential, then how are their effects being used for positive, or negative, in the modern world?

A quick search online for “Solfeggio frequencies” results in a large number of stories, products, and videos that emphatically praise this ancient scale of tones, which date back to Gregorian chants, or the sacred chanting of Benedictine monks. Nowadays, these vibrational tones can be generated digitally and made into lengthy online videos, some with tens of millions of listens. These videos tend to feature a specific sound frequency accompanied by calming music for people to listen to as they sleep, relax, or meditate.

Solfeggio frequencies have seen a major resurgence in the past decade, along with the idea that these frequencies may carry spiritual or healing benefits for their listeners. The six main frequencies are 396 Hz, 417 Hz, 528 Hz, 639 Hz, 741 Hz, and 852 Hz, where Hertz (Hz) is the measuring unit for how many times a sound vibrates per second. As arbitrary as these numbers may first appear, they do have profound and mathematically significant relationships. Mathematician Victor Showell described the 528 Hz frequency as fundamental to Pi, Phi, and the Golden Mean found throughout the natural world.

A 2018 study from Japan concluded that 528 Hz has an “especially strong stress-reducing effect, even after only five minutes of exposure.” Since stress is a major factor in most disease, a quick YouTube search for 528 Hz could prove to be beneficial every now and then. Many musicians are adamant about changing the pitch on a musical scale from A=440 Hz to A=444 Hz so that 528 Hz is once again included, as it was in the more ancient Solfeggio scale. Musician Brendan Murphy states, “At A=444 Hz I can feel the resonance almost on a cellular level, the vibrations go right through me, and the guitar feels almost like a part of me. The tone is beautiful and bright; highly resonant.”

Setting the Tone: Past and Present

Musicians tune their instruments to a specific pitch in order to literally be “in tune” with each other. Depending on where you are in the world, a standard pitch has been set for this purpose. Not so surprisingly, this is a source of controversy in the Western world, where the standard was set to A=440 Hz in the early 20th century. Why is this significant? Many people passionately believe that A=440 Hz doesn’t have the mathematical, vibrational essence that A=432 Hz or A=444 Hz are said to have. While this is not necessarily a result of some malevolent conspiracy, it may be a sign of the ignorance of modern times in contrast to the wisdom of the past.

The number 432 is potent with resonant mathematical significance. Used by the ancient Egyptians and Greeks, it is thought to be sacred and in alignment with universal design. It wasn’t until 1917 that the American Federation of Musicians accepted A=440 Hz as the standard pitch, with the U.S. government backing this decision in 1920. In Europe, the British Standards Institute also adopted A=440 Hz as its standard pitch in 1939. Around that same time, interestingly enough, 23,000 French musicians voted in favor of A=432 Hz instead. Similarly, many Italian musicians maintain that the current standard is incompatible with voice registers that were passed down for centuries.

According to Dr. Alan Watkins, heart rates and blood pressure decrease significantly for monastic singers while they perform Gregorian chants of the Solfeggio scale. “The control of breathing, the feelings of well-being that communal singing bring, and the simplicity of the melodies, seem to have a powerful effect on reducing blood pressure and therefore stress,” said Watkins. Anecdotally speaking, large numbers of people are seeking relief by listening to Solfeggio frequencies online or attending “sound healing” ceremonies that often include the playing of Tibetan bowls, the didgeridoo, and other esoteric instruments. Originally called the “yidaki” by the Aboriginal people in Australia, the didgeridoo was used for millennia as a healing tool. Their culture has passed down stories of great healing using this sacred instrument. It produces low vibrational waves that a person can hear, and sometimes physically feel, during a “sound healing” ceremony.

The Wisdom of Water

A beloved area of sound healing research is the work of Dr. Masaru Emoto, a Japanese scientist who discovered that water can be encoded with vibrational information. For more than 20 years until his death in 2014, Emoto conducted experiments demonstrating this extraordinary quality of water. One such study demonstrated how different types of sound produce different crystalline patterns in water. When exposed to Mozart’s Symphony No. 40, distilled water samples produced ornate and geometrically symmetrical crystals. On the other hand, distilled water that had been exposed to heavy metal music produced distorted formations.

In addition to these groundbreaking experiments, Emoto used a Magnetic Resonance Analyzer (MRA) to transfer vibrational information onto microclustered water that he called “HADO” water, meaning “vital energy.” Using this water alone, he claimed to have treated about 15,000 people. If the molecular structure of water can be transformed, and then the water is consumed to bring about positive changes in patients, what does that mean for biochemistry and the pharmaceutical industry? Masaru Emoto’s legacy lives on in the frozen-water crystallography images he shared with the world and in his bestselling book “The Hidden Messages in Water.”

“I believe that music was created to bring our vibration back to its intrinsic state. It’s human nature to create music that readjusts the vibrations distorted by history. That’s why I’m so certain that music is a form of healing before it is an art,” Emoto said.

The therapeutic use of sound at the cellular level falls into two main categories: destructive and constructive sound. A medical technique called lithotripsy uses ultrasound to break up kidney stones. Ultrasound can be used to promote growth in bones, or it can be used to shrink tumors and destroy cancer cells. On the other hand, ultrasound can have a negative impact on human physiology through sonic and microwave weaponry. The U.S. military has developed high-power, crowd-control weaponry called Long Range Acoustic Devices (LRAD) for this purpose. Audio producer Cory Choy described the feeling of the weapon to Popular Mechanics: “Horrible, nauseating pain hit my body, and then I realized it was sound. At first you just think, ‘What’s happening to me?’ Your body goes into complete pain and panic mode. It’s the sound equivalent of looking into the sun. People in the direct line of fire didn’t run. They just dropped to the ground and started screaming.”

The lighter side of sound technology development can be found in the work of people like Dr. Anthony Holland. At a TEDx talk called “Shattering Cancer With Resonant Frequencies” in 2013, Holland demonstrated promising research for the future of cancer treatment. Comparing his research to the resonant effect of a singer shattering a crystal glass, Holland uses a plasma antenna that pulses on and off, called Oscillating Pulsed Electric Field (OPEF) technology, which combines two related frequencies, one high and one low, to shatter cancer cells. Other researchers claim that this is nothing new and was accomplished as early as 1938 by Dr. Royal Rife, who invented what is known as a Rife machine or a Beam Ray machine. Regardless of the field’s shadowy past, the use of sound as opposed to chemotherapy and more invasive treatments would truly be a paradigm shift in cancer treatment. Let’s hope that time is finally arriving. Holland paints a beautiful picture at the end of his talk by saying:

“I believe the future of children’s cancer hospitals will be a different place. They will be a place where children gather and make new friends, they probably won’t even know they are sick. They’ll draw pictures, color in their books, and play with their toys, all the while unaware that above them a beautiful blue plasma light is emanating healing, pulsing fields shattering their cancer painlessly, and nontoxically, one cell at a time.”

The Power of Listening

What if we could literally listen to the cells throughout our body and hear what they are “singing”? Dr. James Gimzewski of UCLA is doing just that by using an atomic force microscope to listen to the specific sound that a cell emits. Gimzewski named the new field of study “sonocytology,” which involves finding a cell’s “unique sonic signature” that it is “singing” to its neighbors. The exciting possibility of this research resides in the ability to potentially categorize healthy versus unhealthy cells through their sonic signatures, and then play their own destructive sounds back to them at amplified levels until they are destroyed through the law of resonance.

We all know that music is a precious gift in our lives. We don’t necessarily need studies to show us that music can be relaxing when we take the time to listen to “healing” tones. Whether it is by attending a sound healing, putting on some classical music, using a sound therapy device, or listening to Solfeggio tones at home, resonant frequencies and harmonious arrangements help to get us into a better state vibrationally. As Masaru Emoto pointed out, it can become a matter of life and death if we allow our “life force” to become compromised by the chaotic noise and toxicity of the modern world. The human body is mainly water, and apparently water loves beautiful, harmonious frequencies.