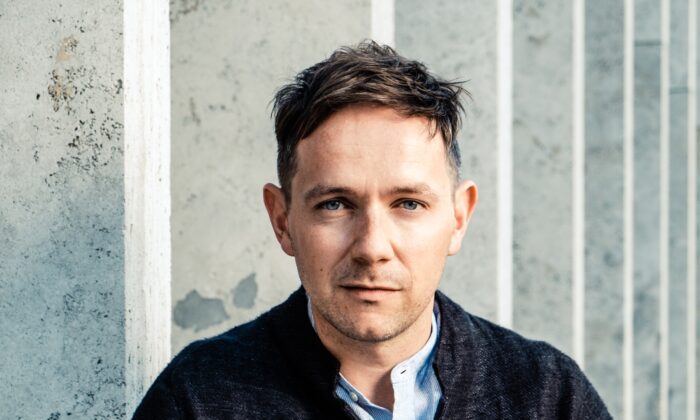 The Singer Whose Voice Follows the Spirit: Iestyn Davies

“A choir’s role in the Anglican church and the church of England is to elevate the worship,” Grammy-Award-winning countertenor Iestyn Davies told me in a phone interview.

When Davies feels like he’s singing well, he says it feels like “you’re in a solar system where everything aligns and just feels good. When I really connect, the audience feels that as well. It touches people in a different way.”

While Davies has a low speaking voice and used to sing bass, he now sings exclusively in the falsetto range as a countertenor.

“I never really thought I wanted to be a countertenor,” he says. But he was introduced to the range at the highly acclaimed men and boys Choir of St. John’s, Cambridge.

Having just turned 8 years old, Davies had been one of the youngest members ever of the famous choir. Seven services a week, recordings, and tours to the United States, Canada, Brazil, and Hong Kong cultivated a high standard of musicianship.

“It’s one of the few jobs I can think of where a boy of 8 is expected to do the same level of work as an adult of 20,” he says. “There was something about the religion, about the monastic devotion, where you repeat this process every day. It’s about being part of it and respecting it. It gives you a sense of duty.”

Davies’s family is rooted in Christian faith. His Welsh father had 13 uncles and aunts, and all the men were either priests or bishops. When Davies was born, his grandmother held him in her arms and said, “Oh, he’s got a priest’s face,” Davies told me with a laugh.

But Davies is quiet about his spiritual faith. He looks at Christian teachings as a guide.

In addition to his family’s ties to faith, they were also musical. Davies’s father, for example, was the founding cellist of the Fitzwilliam String Quartet.

“Music was in my daily life,” Davies says.

At 8 years old, he joined The Choir of St. John’s, Cambridge. Though Davies didn’t join for religious reasons, he does believe that music is essential in the churchgoing experience. He notes that even the Greeks and Romans understood the importance of music, which is why they built temples and amphitheaters with sound and acoustics in mind.

To connect with divinity, “all the senses need to be activated,” he says.

Although the countertenor range is often described as ethereal and angelic, which naturally align him with spiritual roles, that’s not why he started singing in that range.

From 8 to 13 years old, Davies sang treble in the highly demanding St. John’s choir. After graduating St. John’s, once his voice broke, he was part of a less-serious school chamber choir where he sang bass.

“It was a chance for me to explore my voice.” While singing bass, “I didn’t feel anything special. I couldn’t express myself,” he says.

One day during a rehearsal, Davies flipped into his falsetto range. His fellow choir members turned to him and told him it sounded nice. They said, “You should take it more seriously.”

“Having somebody say, ‘I like what you’re doing,’ suddenly reconnected me with what I did as a boy,” Davies says. Finally, he had a channel to deliver all of his innate, creative expression.

Davies never looked back. Now that he had the medium, his desire to perform became stronger than ever.

“That bug was there. The flame was lit,” he says. He returned to St. John’s to sing as a countertenor in the choir and earn his undergraduate degree.

Davies has since performed around the world and earned many accolades, including three Gramophone Awards, a Grammy Award, and the MBE (Member of the Order of the British Empire) in the Queen’s New Year’s Honors List 2017 for services to music.

“For a long time, the St. John’s choir was defined as the underdog to King’s College, just down the street in Cambridge,” Davies says. The Choir of King’s College, Cambridge famously broadcasts Christmas carols every holiday season.

But in the 1950s, St. John’s hired Welsh choirmaster George Guest, who adopted a contrasting style to King’s. He taught a continental tone prevalent at Westminster Cathedral, the mother church of the Roman Catholic Church in England and Wales.

“The St. John’s sound is very expressive with a lot more vibrato, a bit more guts. It sounds more dynamically variant, a surer tone,” Davies says. He explains that it’s a less flutey, breathy sound than one would typically expect from a traditional boys’ choir.

Year after year, boys would graduate and new boys would join, each generation passing on the heritage of this “infectious” sound, Davies says. As a young boy, he would listen carefully and repeat, learning “by way of osmosis.”

Choirmaster Guest wanted the boys to infuse spontaneous emotion into their singing. That starting point has stayed with Davies throughout his professional career.

“It’s quite exciting to listen to, hearing a 13-year-old singing with that passionate sound,” he says.