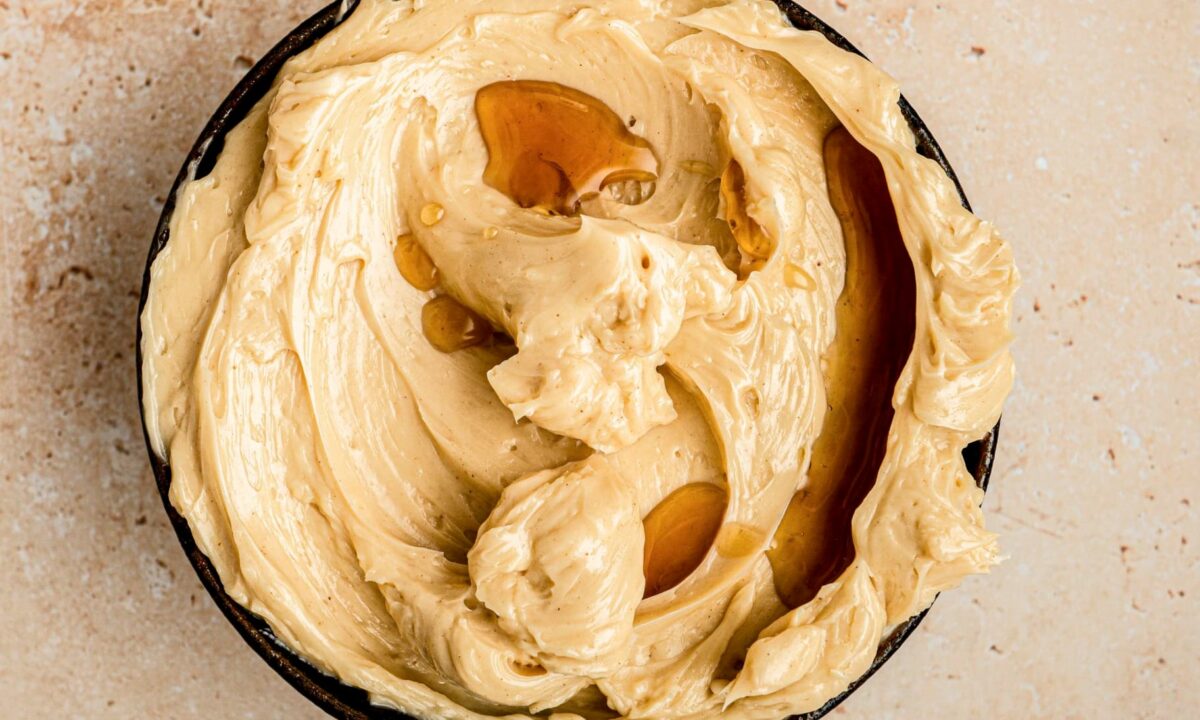 This fluffy, maple-flavored butter is perfect for spreading on toast, pancakes, or biscuits. (Shilpa Uskokovic/TNS)
Food

Whatever regular ol’ butter can do, maple butter can do better. The touch of sweetness and caramel-y, toffee notes alter butter so magically that it’s hard to believe how simple it is to make.

Because maple butter has so few ingredients, it’s essential to ensure those ingredients are good quality. Here you’ll want real-deal maple syrup—sweet, smoky, and amber-colored. Look for maple syrups from Vermont, New York, or Canada that are labeled with one or more of these words: Amber, Dark, Grade B, or Robust. These are stronger in flavor and won’t get lost in all that butter.

While you could simply mix maple syrup into a bit of softened butter, taking some extra time to cook it down makes a big difference. It concentrates the maple flavor so it’s bigger, better, and bolder. For a final touch, add a tiny bit of salt and cinnamon. It rounds out the fluffy, easy-to-make spread.

What’s the Difference Between Maple Butter and Maple Cream?

Although the terms are sometimes used interchangeably, maple butter and maple cream are two distinct products. Maple butter is flavored butter and, at its simplest, is just soft butter mixed with maple syrup. Maple cream is made by heating maple syrup to a specific temperature (usually around 235 degrees F), letting it cool until it begins to crystallize, then agitating it (by whisking or beating) until it forms a soft paste. Think of it as spreadable maple fudge!

What to Eat With Maple Butter

The real question is what can’t you use maple butter with? This sweet-salty spread is a delight on so many things. Try it in the following ways:

Let the butter sit at room temperature until softened.

Meanwhile, place the maple syrup in a medium saucepan over medium heat and bring to a simmer. Reduce the heat to medium-low and simmer until reduced by a quarter, 10 to 12 minutes (keep a close eye, as the syrup could boil over!). The syrup will look thick and coat the back of a spoon and the bubbles in the pan will be larger and slower. Remove from the heat and let cool completely, 20 to 25 minutes.

Beat the butter in a large bowl with an electric hand mixer until smooth and creamy, about 1 minute. (Alternatively, beat the butter with a whisk.) Add the cooled maple syrup, kosher salt, and ground cinnamon. Beat until fluffy and lighter in color, 1 to 2 minutes.

Freshly grated nutmeg or pumpkin pie spice can be substituted for the cinnamon.

Refrigerate maple butter in an airtight container for up to one week or freeze for up to one month. Some maple syrup might bead on the surface of the butter after a few days. Let the butter come to room temperature, then re-whip until smooth and well-combined. If frozen, thaw overnight in the refrigerator and re-whip before serving.