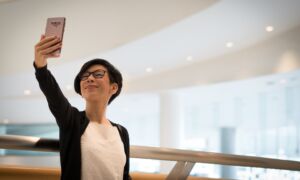 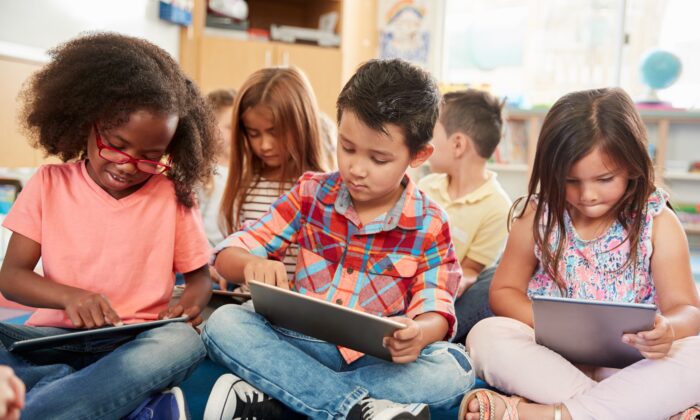 One of the biggest challenges parents face today is watching, helpless, as kids latch onto screens to an unhealthy degree. But there's a reversal to this trend.
By Melanie Hempe
biggersmaller
Print

Parents across the globe are struggling with what some call the biggest parenting challenge of all time: how to control a child’s overuse of addictive technology (primarily video games and social media/smartphones) in a culture in which they have constant access to it.

Teens are binging on YouTube and video games through the night, sending racy photos to people they don’t know, and seeing therapists for social media-related anxiety and depression. They are even dropping out of college due to an inability to leave the virtual world long enough to attend class.

Parents are in shock and wondering what to do. Why are so many families in conflict? Why are we losing our kids to the virtual world?

The first reason this struggle has become so overwhelming for today’s parents is that they lack a basic understanding of the physiological effect that excessive screen use has on kids’ brains and the continuing impact it has on their development into adults. Parents don’t understand why their kids do what they do on screens, and they fail to see the lasting consequences of those choices.

Gone are the days when normal cultural patterns assisted parents with the task of building their kids’ brains in healthy ways. As children, many of us played outside until the streetlights came on, learned new skills at clubs after school, rode bikes everywhere, played a musical instrument at school, and enjoyed pick-up games (or “free play” as we now call it) in the cul-de-sac. But now, prisoners are required to get more sleep and even enjoy more in-person socialization and outdoor time than the average teen.

As kids, our parents used to be our natural moral compass. They were strict yet loving—just like our coaches. We had solid boundaries to allow us to develop our potential. And like good coaches, parents were in charge and respected by their children. Today, game consoles and smartphones are crowding out parents’ voices, and peers have become the new source of authority in the average child’s life. One distressed mom recently commented that her 14-year-old daughter’s phone was her best friend. The concerned mom said, “My daughter spends so much time on her phone, I feel like she doesn’t even live here anymore, it’s like she has already moved out of our house.”

To successfully raise our kids in our screen-saturated culture, parents first need education. A simple understanding of the physical, chemical, and behavioral effects of screens on our kids’ brains can get us reoriented and ready to move in the right direction again. Research continues to emerge about these effects, empowering and providing parents with new insights and better options to solve the screen dilemma.

The second reason parents struggle is role confusion. The notion that children are little adults contributes to parents’ inability to manage this issue in their homes. Parents can’t be the strong guides they need to be when children are allowed to call the shots about their screen usage.

Science tells us that a teenage brain isn’t just a smaller version of an adult brain, and intelligence doesn’t equal maturity. The idea that an adolescent child can be expected to use an addictive screen wisely with just a little encouragement or training is a myth that often leads to disastrous consequences. It isn’t uncommon for parents to see a shift in the climate in their home when they reverse this thinking.

One mom of an eighth-grade boy reported that her son secretly asked her to keep his phone for an additional month after he had already lost his phone privileges for a month. “He actually wanted me to take the phone away—I think deep down it was really causing him a lot of stress.”

A teen may score in the 99th percentile on his PSAT, but because the brain’s judgment center isn’t fully connected until the mid-20s, he still doesn’t have the executive function skills required for healthy screen use. Impulse control, planning ahead, delayed gratification, and flexible thinking are just a few of the skills that are still developing in teenagers.

Even with a brain that is still under construction, children can be trained to appropriately use certain technology—write a paper on Word, create a spreadsheet in Excel, and enjoy a family movie—but their brains can’t be fully trained to resist the temptations and distractions that addictive tech brings. And in fact, the lure and hold of addictive technology is working against the executive function development that is still underway. Our kids are being set up for failure before we even put that protective screen cover on their new smartphone. Are we actually protecting our kids’ devices more than our kids?

Finally, the biggest reason why parents struggle is that they are pressured by the culture around them to think that they have only one choice when their kids are begging for screens.  They feel that, despite what their instincts are telling them, they must hand screens over to their kids at certain ages or be guilty of “sheltering” their children.

Parents are led to believe that every kid needs constant access to popular gaming and social media platforms to stay ahead, have friends, and be accepted. Making matters worse, parents have blind spots when it comes to their kids. For some reason, we believe that our child will be the one in a million that is “more mature” or is a “good kid” and therefore will not fall into the same screen traps as other kids.

A juvenile probation officer experienced these blind spots firsthand. “I’ve had many parents calling me in tears because their child erupted in violence against them. One mom bought her son a phone as a reward because he was doing so well in school. When his use got out of control, she tried to take the phone away, and he hit her. A lot of kids find their way into the juvenile justice system this way.”

Many parents are beginning to realize that there is another choice available to them. Despite what the culture promotes, there is a countercultural approach that is minimizing the screen struggle: hitting the pause button on video games and smartphones. Having an intentional plan to delay screen usage that is addictive and potentially toxic can have a life-changing, positive effect on our kids’ development.

Parents who choose this path put their kids on a more balanced, healthy trajectory. They realize that violent video games aren’t healthy and social media wasn’t designed with a teen’s best interest in mind. They know that time spent consuming inappropriate content makes inappropriate use and inappropriate actions more common. As we learn more and more about the effects that screens have had on this generation of kids, parents are choosing the countercultural path and raising screen strong kids all around the world.

The effects of making this choice are more dramatic than we realize. Kids raised with screen-strong principles are comfortable in their own skin and are usually more socially advanced than their screen-immersed peers. They are more likely to show respect for authority—the adults in their lives. Screen-strong kids and teens grow up with less stress, less porn, less anxiety, and less fear. They have better friends and become more confident as they stand out from the crowd. Since screens don’t dominate their lives and their time, space exists again to master new hobbies and learn the life skills they need to develop into healthy adults, develop strong leadership skills, and enjoy future life success.

When parents choose a screen strong path, they give their children the freedom to develop their potential and a much stronger attachment to family. Screen strong kids can experience the benefits of technology without the risk of addiction and the exposure to toxic content that excessive use can bring.

We don’t have to be victims of this screen culture. When parents get educated, reclaim their leadership role in the home, and choose the countercultural path, they can win the screen battle and get their kids back. Parents have the power and responsibility to choose how they will raise their kids in a screen-obsessed culture. This refreshing choice has the potential to save our kids from significant anxiety and pain while freeing them to get ahead and develop into healthy and balanced adults. It’s time to stand out from the crowd, stand up for our kids, and become screen strong.

“Become a ScreenStrong family! Learn how to raise ScreenStrong kids and arm yourself with information about kids’ brains and screens, healthy brain development, and solutions to childhood screen dependency. Visit screenstrong.com and take the ScreenStrong Challenge: A 7 Day digital Detox for Kids.

Melanie Hempe, BSN, is the founder of ScreenStrong an organization that empowers parents to keep the benefits of screen media for kids while empowering parents to delay screens that can be toxic like video games and smartphones. The ScreenStrong solution promotes a strong parenting style that proactively replaces harmful screen use with healthy activities, life skill development, and family connection.