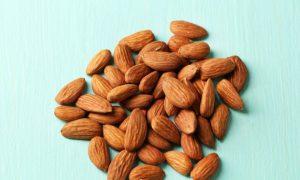 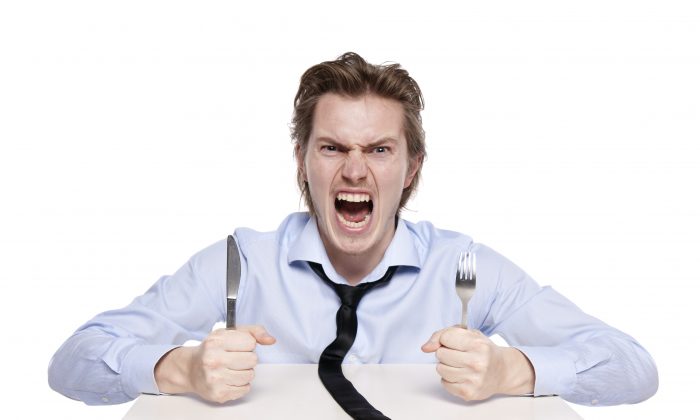 For some people, it can become difficult to behave with in socially acceptable norms when they're hungry. (Filipw/iStock)
Good to Know

The Science of ‘Hangry’, or Why Some People Get Grumpy When They’re Hungry

But where does hanger come from? And why is it that only some people seem to get hangry? The answer lies in some of the processes that happen inside your body when it needs food.

The Physiology of Hanger

The carbohydrates, proteins, and fats in everything you eat are digested into simple sugars (such as glucose), amino acids, and free fatty acids. These nutrients pass into your bloodstream from where they are distributed to your organs and tissues and used for energy.

As time passes after your last meal, the amount of these nutrients circulating in your bloodstream starts to drop. If your blood-glucose levels fall far enough, your brain will perceive it as a life-threatening situation. You see, unlike most other organs and tissues in your body that can use a variety of nutrients to keep functioning, your brain is critically dependent on glucose to do its job.

You’ve probably already noticed this dependence your brain has on glucose; simple things can become difficult when you’re hungry and your blood glucose levels drop. You may find it hard to concentrate, for instance, or you may make silly mistakes. Or you might have noticed that your words become muddled or slurred.

Another thing that can become more difficult when you’re hungry is behaving within socially acceptable norms, such as not snapping at people. So while you may be able to conjure up enough brain power to avoid being grumpy with important colleagues, you may let your guard down and inadvertently snap at the people you are most relaxed with or care most about, such as partners and friends. Sound familiar?

Besides a drop in blood-glucose concentrations, another reason people can become hangry is the glucose counter-regulatory response. Let me explain.

When blood-glucose levels drop to a certain threshold, your brain sends instructions to several organs in your body to synthesize and release hormones that increase the amount of glucose in your bloodstream.

The four main glucose counter-regulatory hormones are the following: growth hormone from the pituitary gland situated deep in the brain; glucagon from the pancreas; and adrenaline (sometimes called epinephrine) and cortisol, which are both from the adrenal glands. These latter two glucose counter-regulatory hormones are stress hormones that are released into your bloodstream in all sorts of stressful situations, not just when you experience the physical stress of low blood-glucose levels.

In fact, adrenaline is one of the major hormones released into your bloodstream with the “fight or flight” response to a sudden scare, such as when you see, hear, or even think something that threatens your safety. Just as you might easily shout out in anger at someone during the “fight or flight” response, the flood of adrenaline you get during the glucose counter-regulatory response can promote a similar response.

Another reason hunger is linked to anger is that both are controlled by common genes. The product of one such gene is neuropeptide Y, a natural brain chemical released into the brain when you are hungry. It stimulates voracious feeding behaviors by acting on a variety of receptors in the brain, including one called the Y1 receptor.

Hanger is undoubtedly a survival mechanism that has served humans and other animals well.

As you can see, there are several pathways that can make you prone to anger when you’re hungry. Hanger is undoubtedly a survival mechanism that has served humans and other animals well. Think about it like this: If hungry organisms stood back and graciously let others eat before them, their species could die out.

While many physical factors contribute to hanger, psychosocial factors also have a role. Culture influences whether you express verbal aggression directly or indirectly, for instance.

And as we are all different across all of these factors, it’s little wonder there are differences in how angry people seem to get when they’re hungry.

The easiest way to handle hanger is to eat something before you get too hungry. While you may hanker for quick-fix foods, such as chocolate and potato chips, when you’re in the throes of hanger, junk foods generally induce large rises in blood-glucose levels that come crashing down fast.

Ultimately, they may leave you feeling hangrier. So think nutrient-rich, natural foods that help satisfy hunger for as long as possible, without excess kilojoules.

Eating as soon as you are hungry may not always be possible. This may be the case during long shifts at work, for instance, or through religious fasts such as Ramadan, or during weight-loss diets that involve severe energy restriction (such as intermittent fasting diets). All of these should only be done if your doctor has given you the all-clear.

In these cases, it can help to remember that, with time, your glucose counter-regulatory response will kick in and your blood-glucose levels will stabilize. Also, when you go without food, your body starts breaking down its own fat stores for energy, some of which are converted by your body into ketones, a product of fat metabolism. Ketones are thought to help keep your hunger under control because your brain can use ketones in place of glucose for fuel.

A final—and very civilized—way of handling hanger is to suggest that difficult situations be dealt with after food, not before!

Amanda Salis is NHMRC senior research fellow in the Boden Institute of Obesity, Nutrition, Exercise & Eating Disorders at The University of Sydney. This article was originally published on TheConversation.com