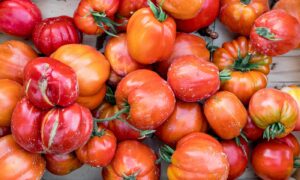 How to Make an Italian Tomato Sauce, Three Ways
0 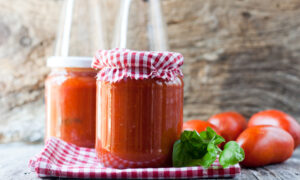 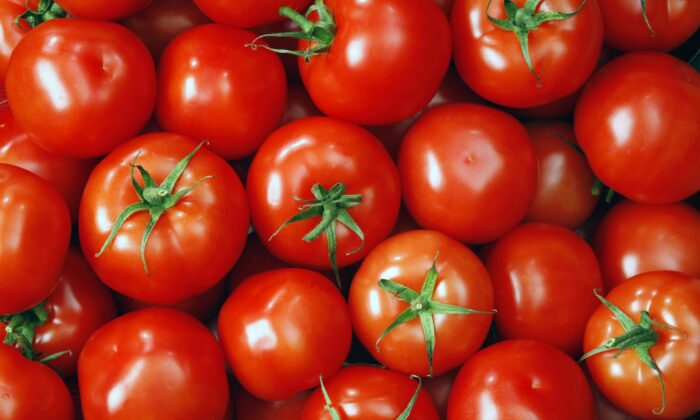 The Sauce of September

When August hits, I make a point to enjoy summer like it’s going out of season. Some of my favorite ways of doing so involve tomatoes, and I treat it like my job to eat a year’s worth of the ripest, juiciest, most delicious tomatoes I can get my face on.

I also make time to stash away those glorious fruits for year-round enjoyment, in the form of a simple oven-roasted tomato sauce. At the end of every summer, I freeze this universal ingredient—shooting for quantities that will stretch through the winter.

If my soup needs a little more tang, my sauce is just the thing. If it’s eggplant parmesan, tomato sauce is in the equation. It’s good on top of spaghetti, or snuck into deer curry; I make a whole pizza to feed the family, or toast my sauce on bread with cheese when I’m feeling lazy. With frozen sauce on hand, I’m a culinary man.

Toward the end of tomato season, the glorious red spheroids that are best for sauce are at their very cheapest. Anyone with a garden—or anyone with a neighbor with a garden—has tomatoes of their own right now, even as farmers are bringing more boxes than ever to market.

I don’t often go for deals at the farmers market. I usually don’t like bargaining with farmers, because they work too hard. But this time of year, they don’t want to bring home any boxes of tomatoes any more than you want a sauce-free winter. Wait until the tail end and see if you and your favorite farmer can find a confluence of interests. They get some freedom from a box of tomatoes, and cash, and you get a project, and sauce.

For every four pounds of tomatoes, you’ll need an onion, three cloves of garlic, and a half-cup each of grated carrots and zucchini, so pick up those items while you’re there.

Don’t mess around with heirlooms because they have too much water and not enough acid. The shiny round orbs the color of sports cars that get more speeding tickets—also known as tomatoes that look like tomatoes—are the tomatoes that make the best sauce. Big red tomatoes, small red tomatoes, red paste tomatoes.

This sauce is the ripe bounty of the harvest, and the cool mornings, lazy afternoons, and dwindling evenings, stashed away before the frosty breath of fall stops the music.

This oven tomato sauce is a blank red canvas, ready to be customized as a sauce, or incorporated as an ingredient into something else.

Preheat the oven to 400 degrees F, with a rack in the middle.

Lay the tomatoes on a baking sheet, cut sides down. Sprinkle with the salt, drizzle with the olive oil, and bake in the center of the oven at 400 until the peels start to shrivel and shine, about 40 minutes.

Remove the baking sheet from the oven and allow the tomatoes to cool to the point where you can pick off the skins. Add the veggies and herbs and stir it all together, and return the sheet to the oven. Bake another 30 minutes, stirring once or twice more as the sauce cooks down.

When all of the tomatoes have completely left behind their former shapes, and the mixture approaches a homogeneous consistency, turn off the heat and allow the sauce to cool to room temperature in the oven, ideally overnight.

In the cool morning, puree the sauce in a blender for a smoother, prettier look that I believe freezes better than chunky sauce.

Transfer the sauce to freezerware or bags, filling each container to leave as little air as possible. Freeze great quantities. Roast and repeat. Thaw early, thaw often, all the way through the winter.