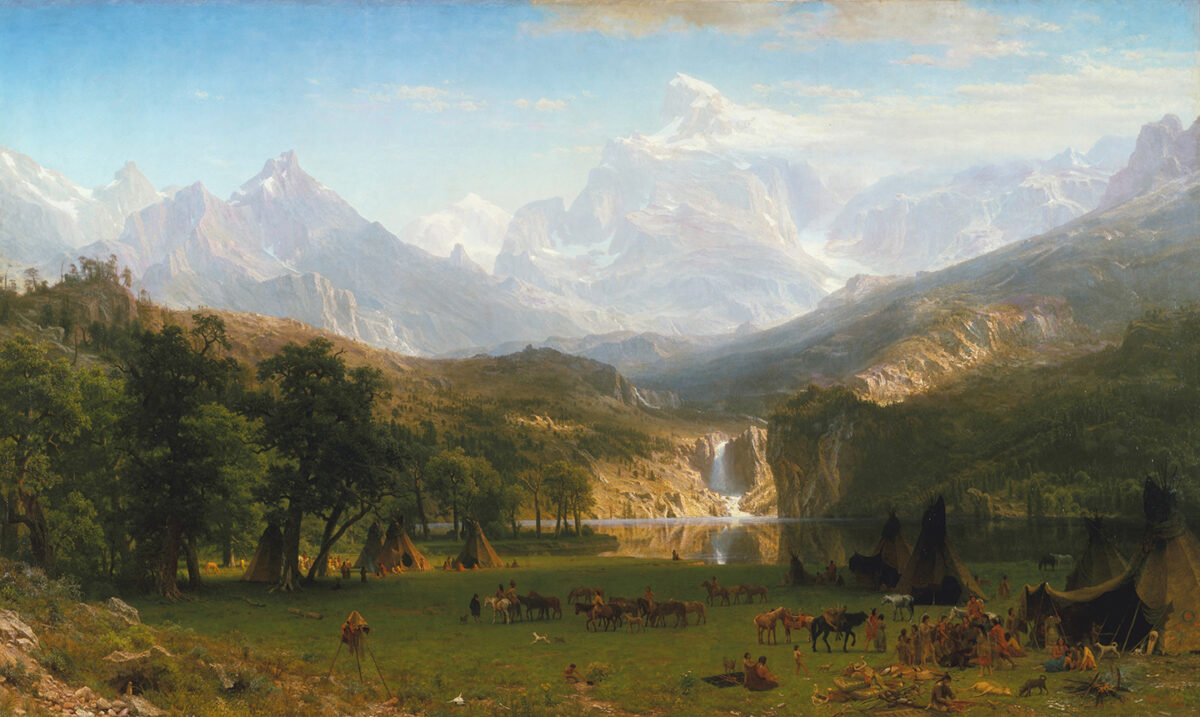 ‘The Road of Destiny’: Willa Cather’s ‘My Antonia’ and the Romanticized West

The American West and settling of the plains and prairies during the mid-to-late 19th century is a narrative fascination that still holds sway in today’s culture. Recent streaming services developed and offered the popular shows “Yellowstone,” “1883,” and “Longmire,” which illustrate the collective impact that the era of “manifest destiny” still has on the American imagination.

Much of this fascination in popular culture is an extension of the 1950s–60s Western film and television cycle that focused heavily on the rugged individualism of postwar America and its citizens.

However true or exaggerated this snapshot of history may be, few narratives focused on the experience of prairie life for the many immigrants and early European settlers in the West. Germans, Swedes, and newly freed slaves all fled to the plains looking for a better way of life, but the reality was tough and unforgiving.

Willa Cather, one of American literature’s major female voices of the early 20th century, experienced prairie life firsthand. Living on the plains of Nebraska in the late 19th century, Cather drew inspiration from the natural landscape, culture, and citizens that populated the nearby countryside.

In her 1918 novel “My Antonia,” the reality of living and farming on the prairie is developed through its young protagonist and narrator, Jim, after he befriends a first-generation Bohemian immigrant family on the plains.

The novel personifies the early cultivation, progress, and eventual modernization of the central plains through Jim and Antonia’s physical and psychological development and growth. Moreover, it demonstrates the harsh reality of life for many early immigrants as well as a blossoming nation rapidly advancing into the 20th century.

Much like the protagonist of “My Antonia,” Cather was born in Virginia in 1873 and her family moved to homestead in Nebraska when she was 10 years old. A year later, her father moved the family to the small town of Red Cloud, where he went into the real estate business.

Cather eventually took to writing and attended the University of Nebraska in Lincoln; she graduated in 1896. After college, she was a journalist in Pittsburgh and eventually moved to New York City to edit the magazine McClure’s. Many of her novels, however, return to the central plains of her youth. The novels “O Pioneers!” “Song of the Lark,” and “My Antonia” focus on prairie life and young females who attempt to scratch out their survival on the harsh plains.

Descriptions of settings and characters in Cather’s writing paint the 19th-century plains as both beautiful and a location of social and technological change. “My Antonia” is a “bildungsroman” (a coming-of-age story) of Jim Burden, who is transplanted to 1870s Nebraska after the death of his parents in Virginia.

The story is told via his writings about Antonia Shimerda, a young Bohemian girl whose immigrant parents purchase nearby farmland and stake out a living. They become friends as Jim and his grandmother teach Antonia and her sister English because their family has little grasp of the language or culture. As the narrative develops, so do Jim and Antonia. They progress from plains settlers to small-town dwellers as the landscape rapidly shifts from prairie to farmland to urban areas.

When Jim and Antonia first meet, the Nebraskan prairie is rugged, rough, and a site of limited survival for many of the European settlers. Antonia’s family lives in a “dugout” home that is built into the side of a hill.

The historian Greg Bradsher explains that many first-time immigrants on the plains resided in types of dugout homes due to the fact that timber was hard to find. He writes: “Pioneers usually built a dugout first, scooping a hole in the side of a hill, blocking the front with a wall of cut sod, and covering the top with a few poles that held up a layer of prairie grass and dirt.”

When Jim first encounters the Shimerda family in their small dugout, they express disdain for their lowly dwelling, as it is in complete contrast to the “cultured” European existence they left behind.

Their existence in the harsh Nebraskan environment is created to draw a parallel between the natural landscape and lifestyle with Antonia’s youth and beauty. One of the earliest encounters between Jim and Antonia showcases this juxtaposition of nature and the girl’s youth and beauty that later builds a symbolic motif. As Antonia matures to womanhood and establishes a family, the prairie—as developed by the immigrants—transitions to its own future.

“I remember what the conductor had said about [Antonia]’s eyes. They were big and warm and full of light, like the sun shining on brown pools in the wood. Her skin was brown, too, and in her cheeks, she had a glow of rich, dark color. … We were so deep in the grass that we could see nothing but the blue sky over us and the gold tree in front of us. It was wonderfully pleasant.”

As the novel continues, Jim’s family leaves the farm and moves to the small town of Black Hawk for him to attend school. The second act of the narrative follows the teenaged Jim in town among neighbors, family, and the culture. There are dances in Black Hawk that he and Antonia attend, music concerts, and a hotel. As the prairie develops, so do the ages and lifestyles of Jim and Antonia while the prairie and agrarian life are never far beyond the borders of town.

Romanticization of Cultivating the Plains

“My Antonia” romantically celebrates early settlers on the Nebraskan prairie through the descriptions of the Bohemian Shimerda family’s struggles to tame the land. As the story progresses, Jim and Antonia eventually part ways. Jim goes to law school on the East Coast, and Antonia eventually returns to the farm and raises her children.

It is much later that Jim finds her widowed and living in her mother’s home, in the ploughed landscape now crisscrossed with paved highways and railroads. By the end of the novel, the prairies are more developed and populated, and Jim finds himself romanticizing his youth:

“As I wandered over those rough pastures, I had the good luck to stumble upon a bit of the first road that went from Black Hawk out to the north country. … Everywhere else it had been ploughed under when the highways were surveyed; this half-mile or so within the pasture fence was all that was left of that old road which used to run like a wild thing across the open prairie, clinging to the high places and circling and doubling like a rabbit before the hounds.”

His ruminations on youth and nature help bring the story to a close. Antonia and Jim, both raised on the prairie, eventually move away. Unfortunately for Antonia, her story ends where she began, single-handedly tending to the fields, children, and an aging mother.

As Jim’s story concludes, he recalls: “For Antonia and me, this had been the road of Destiny; had taken us to those early accidents of fortune which predetermined for us all that we can ever be.”

Jim and Antonia’s destinies were much like the settlers and pioneers called forth to the West. The plains were an untamed land that saw the intersection of peoples and races working together to build lives and new opportunities for future generations.

“My Antonia” is a novel that compares youth with the pastoral central plains. Cather’s depiction of young immigrants paving the way for technological and cultural change in a rugged land is what defines the narrative.

These compelling stories, people, and descriptions of a time long gone are all reasons for revisiting one of America’s first great female authors of the 20th century.