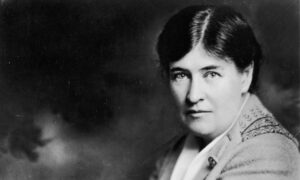 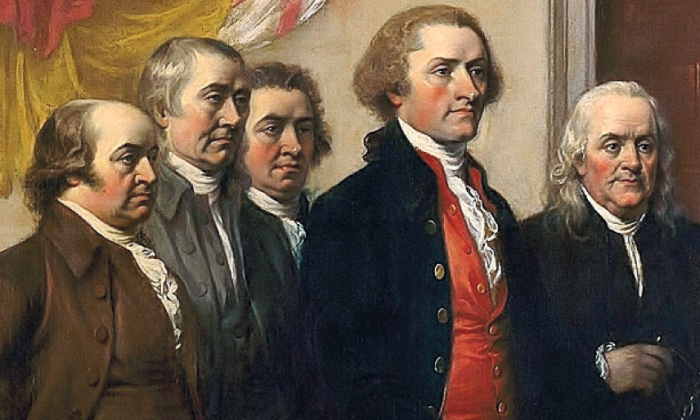 The Revolutionary Humanity of the Declaration of Independence

Part 1 of a series
By James Gorrie
biggersmaller
Print

One of the most inspirational and revolutionary documents ever written is the American Declaration of Independence. This great document isn’t read and studied as much today as it was in the past, but it should be. This single, relatively brief pronouncement captures and expresses the lofty ideals of America’s Founders as they set about laying the foundation for a new nation that would be different from any other before or since.

Even though the Declaration of Independence was written two hundred and forty-five years ago, it remains incredibly forward-thinking. In fact, there are many compelling reasons to assert that the Declaration of Independence is the most forward-looking document every written. It literally provides for and anticipates American society becoming better as it lives up to the ideals upon which the country was founded.

You see, the Founders knew that what they were attempting to do had never been done before. They were creating a nation that was not founded on royal blood lines or brutal dictatorships, but rather, one based upon law and the high ideals that are expressed by a Biblically inspired definition of human rights. It was also establishing the legal recognition—and primacy—of the will of the governed over those in government. These two ideas alone were earthshaking in their perspective on human rights and on the nature of government, and how the former should be supported and the latter should be restrained.

We see these revolutionary ideas in the very first proposition of the Declaration, which reads: “We hold these truths to be self-evident, that all men are created equal, that they are endowed by their Creator with certain inalienable Rights, that among these are Life, Liberty and the pursuit of Happiness.”

Note first that the words “Creator,” “Rights,” “Life,” “Liberty,” and “Happiness” are all capitalized. That’s no accident. By doing so, the Founders were expressing their view of the importance of each of these, and that the latter three derived from the acknowledgement and importance of the first, that is, the Creator or God. In essence, the Rights to Life, Liberty, and the pursuit of Happiness are of primary importance and bestowed upon all people by God. What’s more, focusing on the rights of the people, and the protection of those rights, is the primary purpose of the new American government.

Now let’s explore the gravitas and deeper meaning of the opening phrase, “We hold these truths to be self-evident.” With those words alone, the Founders are declaring to King George III of England himself that truth exists, and that it is distinct and knowable by anyone, not just kings and noble classes. Furthermore, the phrase coveys the idea that truth resides above and outside the control or mastery of any one man or sovereign ruler. In essence, the Founders are asserting that truth stands alone and is in no need of cultural or philosophical artifice. There are not differing versions of truth, no “my truth” or “your truth.” Rather, truth is singular and unqualified, and, the Founders believed, stands on its own.

What’s more, that phrase also demonstrates that the Founders are not asking permission from the King or any court of law to determine or support their claim on knowing the truth. They asserted the truth, seeing it as it was, is, and will always be: as self-evident. The rationale within that assertion alone is clear and compelling. If we are all made by our Creator, and we are all endowed with inalienable rights, then we are equal in the eyes of our Creator and ought to be equal in the eyes of the laws, in the practice of government, and in society. This simple idea was a tectonic shift in philosophical, political, and cultural thinking, but only the first of many more to come.

The phrase following in that same first sentence is “all men are created equal.” Again, in the eighteenth century, such an idea was unheard of and revolutionary if not treasonous. For in stating such, the Founders were explicitly rejecting the divine right of kings as the justifying reason behind monarchies and behind rulers in general. In short, the Founders were rejecting any notion that the monarchy of England had any right, or rightful claim, on their destiny as free men and as a free nation. The very concept of there being equality among all men and all people was a new and very dangerous idea, for it would become the seed for the idea of the abolishment of slavery in America, as well as for self-government movements in future colonial rebellions around the world.

The third part of the statement, “all men [all people] are endowed by their Creator with certain inalienable rights,” was also dangerously revolutionary, and not just to the King, but to the crowned heads of Europe and other would-be dictators around the world. There are several reasons for this. Mankind, the Founders were asserting, was and is created by God, making human beings special among all creatures on earth. This assertion alone meant that human beings were endowed by God with intrinsic value simply by virtue of being human. What’s more, it asserts that our rights are given to us by God, and therefore, cannot be taken from us by any man, king or government. Our inalienable rights, therefore, do NOT come from what any government might deign to give to us—or take away from us.

Thus, the most important value that this first of many assertions in the Declaration of Independence is that America is based on an absolute liberty that God has given us, and is our individual right to use and experience as Americans. This concept of liberty means that we are free to make our own decisions, and to live our lives without interference from another person or power. Furthermore, with individual independence comes self-determination, and with self-determination comes human dignity. The Founders understood all of this, and knew firsthand that human dignity isn’t found beneath the yoke of an oppressive government, but only in a society where human dignity is a foundational idea, expressed in law, protected by government, and practiced in society.

These are just a few of the many reasons why the Declaration of Independence is such a powerful and liberating document and remains one of the most humane and revolutionary documents ever written. It is, in fact, incredibly forward-looking in almost every context, declaring to an oppressive government and indeed, to the entire world, that America was and is solely intended as the homeland for a free people.

James R. Gorrie is a book author and blogger. He is based in Southern California.