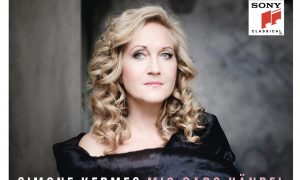 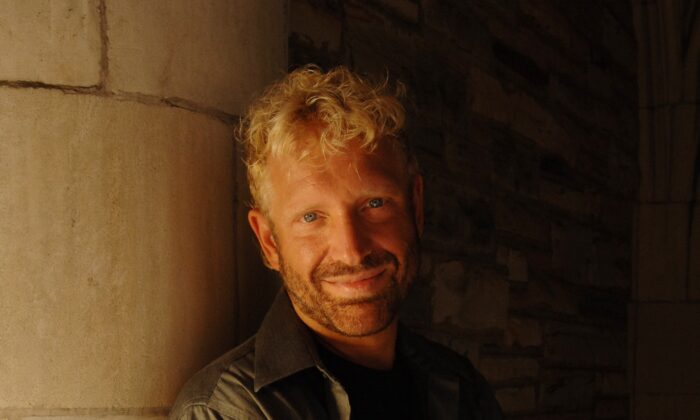 The Return of Traditional Classical Music

An interview with composer Michael Kurek
By Joseph Pearce

Much of the responsibility for this break with tradition is an academic culture that has systematically and ideologically abandoned our great compositional heritage in favor of atonal modernism and is most often opposed to harmonious beauty. Few like or appreciate post-tonal music except the academics themselves. And yet all is not lost. There are still contemporary composers who embrace the grand tradition, one of whom is the American composer Michael Kurek.

Michael Kurek’s music is receiving increasing acclaim for its lush, neotraditional, melodic, narrative style, which many have likened to the works of the greatest early 20th-century symphonists. It has been performed by orchestras and chamber groups throughout the United States and in many other countries, across five continents. He has received the prestigious Academy Award in Music from the American Academy of Arts and Letters, which is the Academy’s top lifetime achievement award. His 2017 album, “The Sea Knows,” reached No. 1 on Billboard’s Traditional Classical Music chart, and he has served on the Classical Nominations Committee for the Grammy Awards. His book, “The Sound of Beauty,” was published in September 2019. He is a professor of composition emeritus at Vanderbilt University, where he chaired the department of composition for 14 years.

In this exclusive interview with The Epoch Times, Dr. Kurek discusses with Joseph Pearce the challenges facing tradition-oriented music in an age of modernist iconoclasm.

Joseph Pearce: You took early retirement from a top-20 research university this spring. What changes have you witnessed in the teaching of music since you began teaching in 1988?
Michael Kurek: The most fundamental among many changes, aside from such modernities as all-gender restrooms, grade entitlement, and hypersensitivity to critique, are the changes in the curriculum. When I began, we required five music history courses—each focusing on the music of a different historical style era of Western classical music—of all music majors. These were primarily to familiarize students with as many pieces of music as possible from each era, providing historical context and also giving them the knowledge of how the differing styles of music were structured. On the tests, they had to recognize and name many compositions from recorded excerpts that were played.

Several years ago, this curriculum was changed. Now the students begin with a first course called “Music as Global Culture,” teaching them all sorts of non-Western musical traditions designed to disabuse them of any Eurocentric biases they may have, or perhaps to inoculate them against any they might be tempted to acquire when they hear Western masterworks the next term.

Then they have just one semester, not five, to cover all of Western music history! Naturally, many things must be left out or given perhaps only a few minutes of class time. The students get to choose the next two music history courses, each with a heavy dose of sociology, such as “God, Sex, and Politics in Early Music” or “Music and the Construction of National Identity.” Finally, they take a whole course on modernism and postmodernism (as opposed to just the one course covering the previous six centuries). Other agenda-driven electives are available: “Music, Identity, and Diversity,” “Music, Gender, and Sexuality,” “Women in Music,” “Women and Rock Music,” “Artist, Community, and Democracy” (described as “minority viewpoints and cultural pluralism in a democratic society”), and “Hip-Hop, Punk, and the Democratization of America’s Pop.”

Many of the performance faculty had voted against these curricular changes because they are trying to train students to actually play the canon of Western music in a symphony orchestra, as a profession. As for the students, many have privately told me that they feel shortchanged on content and feel as though they are the subjects of some kind of ideological indoctrination.

Mr. Pearce: Let’s talk about your own work as a composer at the university, and how you, as a neotraditionalist, have survived.
Mr. Kurek: As with the graphic arts departments that no longer teach traditional, representational painting and sculpture techniques, most music composition departments no longer wish to teach (nor in many cases even know how to teach) traditional narrative and tonal music techniques. While in music theory class, all music majors still get (at a beginner level) at least some treatment of the old tonal elements of melody, counterpoint, harmony, and form, these tonal techniques have been essentially ignored in the composition studio by most teachers.

I was fortunate to gain tenure before my compositional style was yet as traditional as it later became, but I still had to have twice as many accomplishments as normally needed to gain it. With those accomplishments, tenure could not easily be denied without a clear violation of my academic freedom to compose in any style I want. So, they were stuck with me.

Mr. Pearce: Why do symphony orchestras and opera companies continue to program ugly postmodern music, even though the vast majority of the audience and even the musicians in the orchestra strongly dislike it?
Mr. Kurek: Most of the grant sources upon which orchestras and opera companies depend require them to demonstrate that they are not only “repositories and museums of the past” but also “relevant.” That is why the only new pieces you usually hear them play are almost always called “world premieres.”

A member of the board of directors of a major opera company wrote me last year of his frustration with this system in regard to modern operas: “three hours of ugliness and atonal singing without a single tune,” and he mentioned that ticket sales for those operas are often as much as 70 percent lower than ticket sales for the traditional operas in their season. Although this is costly to the brink of ruin, they keep performing them to avoid being called a “museum.” Opera companies are caught in a vicious cycle—or, as he put it, “they seem to have a death wish.”

Mr. Pearce: What are the actual sales figures for recorded contemporary classical music?
Mr. Kurek: According to Statista media, sales of classical music recordings in 2018 totaled one percent of all recorded music sales, equal to sales in the reggae genre! And it gets worse. Most of those “classical” sales come from crossover artists like Josh Groban, Susan Boyle, Jackie Evancho, and Celtic Woman.

If the vast majority of truly classical music sales are of mainstream classical music, for example, Beethoven, Brahms, Bach, Tchaikovsky, and Wagner, then for modernist classical music of the 20th century to the present, we are probably talking about a veritable hairline on the pie chart of all music sales. I do know that the average sales for modernist music CDs, not counting copies bought by the composer, performers, and their friends and family, is under 50 copies.

Mr. Pearce: How is it that such a tiny, practically unknown subgenre of music can present itself to students, or to anyone else, as the mainstream heirs to the heritage of Western classical music?
Mr. Kurek: It reminds me of a cult that tells its 36 members that they are first in line to heaven. Naturally, it does not make me very popular in such elitist company to have had a Billboard No. 1 album on the Traditional Classical Music chart and around 200,000 streams (on Spotify alone) of that album, without any advertising. That is still a tiny number, compared to popular music streams, which can be in the billions for a hit album, but it is at least enough to demonstrate that if you actually compose fully classical music that people like, your music can find an audience of more than 50.

Mr. Pearce: What should we think of the coveted Pulitzer Prize in music, and what has been the fate of the 70-plus pieces of music that have won the Pulitzer Prize?
Mr. Kurek: It is astonishing that the Pulitzer Prize in music carries such supposed stature, when, out of 73 prizes that have been awarded for music composition, only one winner is actually in the standard repertoire—Aaron Copland’s “Appalachian Spring,” the 1945 winner. The rest are virtually never performed or broadcast, and are essentially forgotten, most within a year of winning the prize.

Mr. Pearce: What needs to happen if we are to see beautiful new works being added to a renewed canon of genuinely great classical music?
Mr. Kurek: A lost skill set does not reappear simply from the will to have it or from proclaiming the need. Gifted composers must first understand the need and then tenaciously acquire the training from the study of music theory and orchestration, and particularly from the great musical scores themselves. They must practice for years to master it, whether privately or through an educational institution that takes on this mission anew. I do not know of any music school that has articulated this vision for its composition program.

Composers whose music demonstrates traditional craft need to be commissioned with artist grants to fund and promote recordings of their work. How else can the public realize that the train is back on its track? For example, I am about to make a recording of my new symphony with a university student orchestra because I cannot afford to hire a professional orchestra to record it. Both the London Symphony Orchestra and the Royal Scottish National Orchestra had agreed with my recording company to record the symphony, but no funding could be found to pay their musicians’ recording fee! This is not meant as a crass fundraising appeal, but it is the most concise, real-world illustration I can think of. How much more influence and impact could the album have using the London Symphony Orchestra?

Mr. Pearce: Why, in a nutshell, is a revival in tradition-oriented classical composition so important?
Mr. Kurek: When all is said and done, we need a renaissance of beauty in the arts as a cultural expression of our higher natures, objective truth, and human goodness.

Those wishing to learn more about Michael Kurek’s work can hear three movements of his new symphony in virtual mockup at https://MichaelKurek.com