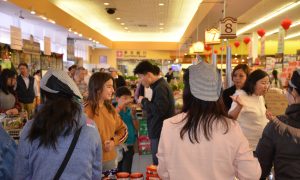 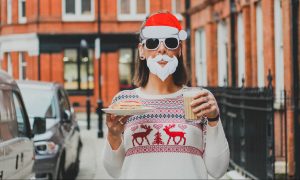 10 Ways to Indulge and Stay Healthy This Holiday Season
0 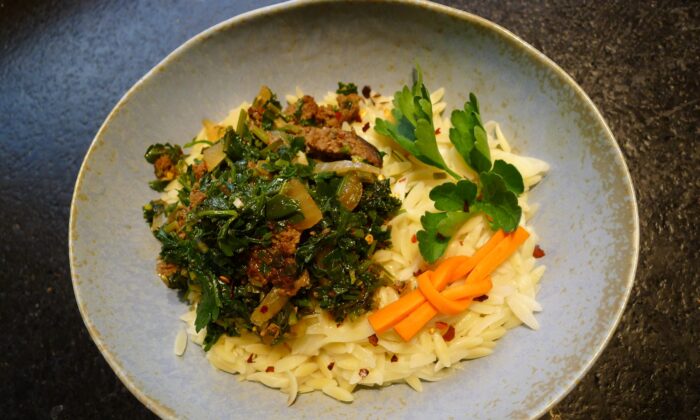 In a farmer's kitchen, at an actual farm table, the food is not so fancy, but the dishes have meaning and history
By Ari LeVaux
Print

The farm-to-table movement has pushed chefs to find creative ways to showcase the local harvest. Menus are loaded with information about where the ingredients came from and how they were treated, but the recipes themselves often struggle to keep the story going.

Dishes like roasted heirloom carrots or braised radicchio can sound pleasingly earthy, but are all too often boring, like overcooked, under-dressed salads. And some recipes try too hard, tap-dancing with foam-injections and quick pickles in dishes that don’t add up to more than the sum of their parts.

But when the farmers who grow the food that feeds this movement sit down at their actual farm tables, it’s a different story. The food is not so fancy, but the dishes have meaning and history.

The recipes are adapted to the farm kitchen. Some come from farmer friends. Many are built and scheduled around seasonal surplus, and portion sizes at the farm table convey the true reality of life on a farm. I just got two recipes from my farmer friend Luci, one for beet greens and one for parsley, and I had to convert from bucket loads to cups.

Some of the ways Luci has of serving vegetables remind me of the menu of a fine Chinese restaurant, where dishes are named after a single vegetable like “eggplant” or “pea greens,” each with a simple, specific recipe that reflects the chef’s personality. Luci’s parsley and beet green recipes both contain ground meat, and like most of her recipes, healthy doses of fat. “I am not a low-fat cook,” she once announced, unprompted, mid-recitation.

Luci doesn’t waste time or mince words, and barely needed a sentence to relay her parsley recipe to me over the phone.

“Go out with a bucket and fill it halfway with parsley. Wash, chop, put in a kettle with hamburger, garlic, onions, and steam-saute it in chicken broth and fat with the lid on. Let it simmer so it’s nice and soupy-juicy and delicious and green. Serve over buttered rice, and everyone is happy.”

It’s an Italian recipe, she added, that she got from our mutual friend Sarah DeSilvey, a former farmhand of Luci’s who returned home to Vermont and became a doctor. DeSilvey says it was her favorite dish growing up, her “every birthday feast.”

DeSilvey’s mom got the recipe from “The Complete Book of Italian Pasta” by Jack Scott, who enjoyed versions of this dish in many kitchens around Rome, usually over the straw-like noodle called bucatini. Scott’s version contained a single tablespoon of parsley. DeSilvey’s mom used quite a bit more. Like a giant game of telephone between Italian cooks and their farmy overseas counterparts, this recipe has evolved at each stop (including mine).

You may not find meaty piles of parsley and beet greens on many farm-to-table menus, but these simple, veggie-centric recipes embody the essence of farm cooking, with a legitimacy that many farm-to-table restaurants can only crave.

Beef with chicken stock, olive oil, and butter might seem an awkwardly redundant combination, but they all make parsley taste better, and vice-versa.

For a compromise between buttered rice and bucatini, I went with orzo, the pasta that looks like grains of rice. It carries the parsley sauce and sucks up the jus like rice, but has that springy, dreamy pasta feel, and, for fun, is more true to its Italian roots.

In a large, heavy-bottomed pot over medium heat, fry the ground meat in the oil and two tablespoons of the butter. Break up the meat with a spatula and cook until nicely browned.

While the burger browns, put some water on for orzo and cook it.

Then, hold each parsley bunch by the leaves and mince the stems as finely as you can. Add the minced stems to the pan. When the meat is browned, stir in the garlic, onion, and black pepper.

When the onions disappear, add the parsley leaves and chicken broth. Simmer for five minutes.

Use the final tablespoon of butter on the orzo. At serving time, give each plate a squeeze of lemon and a dusting of hot pepper flakes.

This recipe also came to me in units of bucket loads. We’ll call it the greens from one bunch of beets. I prefer the foliage of yellow beets, which are less earthy. You could also make this recipe with chard.

Fry the sausage in the oil in a heavy bottom pan on medium heat. While it cooks, mince the stems of the beet greens.

Serve as a meaty veggie side dish, or on toast.