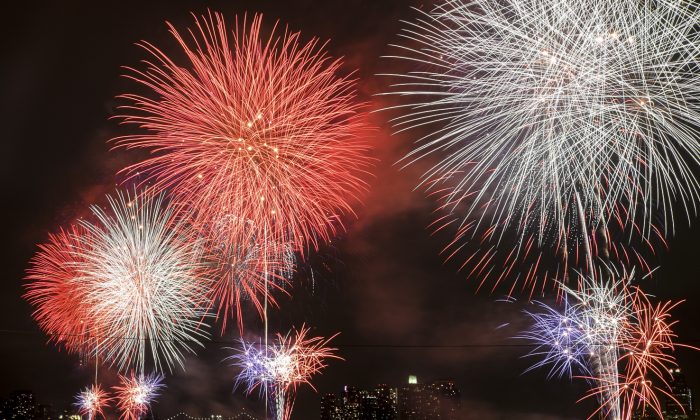 The Promise of America Remembered in Books

The Fourth of July is an exciting ritual of summer—barbecues, parades, and fireworks. Yet the true meaning of Independence Day is to recall the adoption of the Declaration of Independence. This document marks the first time in history that a people thought enough of themselves to put forward the idea of governing themselves. Our nation today is united not by race, religion, political beliefs, or national origin—but by an ideal.

George Washington called our nation the great experiment: “The establishment of our new government seemed to be the last great experiment for promoting human happiness by reasonable compact in civil society.”

Our first president knew that liberty would not survive if decisions were made without understanding our noble American ideals. Although America is a work in progress, it is entirely appropriate to learn from our past so that we will continue to uphold the ideal of “we the people.”

American democracy depends on motivated citizens who celebrate our past and build upon it. With this idea in mind, I have chosen some of my favorite, inspiring books on America’s beginnings.

‘If You Can Keep It: The Forgotten Promise of American Liberty’ by Eric Metaxas

Described as “part history and part a rousing call to arms,” Metaxas’s book asks Americans to love their country and to learn about it.

In 1787 when the Constitution was drafted, a woman asked Ben Franklin what the founders had given the American people. “A republic,” he shot back, “if you can keep it.” Metaxas examines this statement (the title of the book) and assesses how he feels we are doing.

The uniqueness of America can hardly be overstated, Metaxas feels.  The country was formed as an idea, not as a place of ethnically similar people or a place conquered to become part of an empire.

Metaxas extols the virtues of this country and feels if the country is brought down, it will be because of a spiritual sickness from within. He suggests Americans acknowledge the darker truths about their country but never forget its positive attributes. Finally, he emphasizes the Statue of Liberty as a promise of all America can be.

‘Written Out of History: The Forgotten Founders who Fought Big Government’ by Mike Lee

The idea of this book is that there are a handful of unsung heroes who made crucial contributions to our country but are unknown—sometimes through accident but sometimes on purpose, since history is usually written by the winners.

America ideas were not just a product of the Constitutional convention but reflected beliefs held at the time. Mike Lee tells the story of the anti-Federalists who managed to insert a system of checks and balances into the government to prevent the federal government from being overly intrusive.

Note : Mike Lee is a in the U.S. senator from Utah hoping to continue anti-Federalist work.

‘Founding Mothers: The Women Who Raised Our Nation’ by Cokie Roberts     (adult version)

Cokie Robert’s books demonstrate that the Founding Fathers did not live in a vacuum; they were a part of a larger society. The contributions of women of the day have been largely ignored. Roberts’s books serve show that women were among our true American heroes. George Washington wrote, “You ladies are in the number of the best Patriots America can boast.”

This book focuses on post-revolutionary America and the lives of the Founding Fathers: the greatest generation in American history. Ellis believes. He focuses on the interconnected personal relationships and overriding issues of the day, and that “the revolutionary generation found a way to contain the explosive energies of the debate by the creation of political parties.”

Here are some of the events covered in Ellis’s book: the duel and analysis between Hamilton and Burr, the dinner which Jefferson hosted to get an agreement for the federal government to take over state debt, the difficulty deciding what to do about the issue of slavery,  George Washington‘s retirement from the presidency, and a lengthy discussion of the relationship between John Adams and Thomas Jefferson.

‘Worst of Friends: Thomas Jefferson, John Adams and the True Story of an American Feud’ by Suzanne Tripp Jurmain

Republicans and Federalists actually battled in the streets and the name calling was terrible. There is a picture of John Adams stomping on his wig after being called names such as “His Rotundity.” (Note of interest not mentioned in the book: The Federalists did not want a bill of rights—they thought the new constitution was sufficient while the anti-federalists demanded a bill of rights).

After Jefferson won as the third president, meaning that Adams did not gain a second term as the second president, Adams left town right before Jefferson’s inauguration. The men had no contact until many years later when Jefferson retired and they started writing again and resumed their close friendship.

Both men died on the very same day, July 4, 1826, the 50th anniversary of the adoption of the Declaration of Independence. This extraordinary fact really tells the American story–people with different visions working together to advance the idea of freedom.