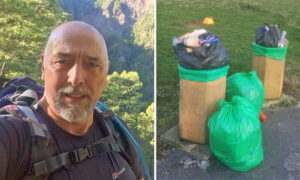 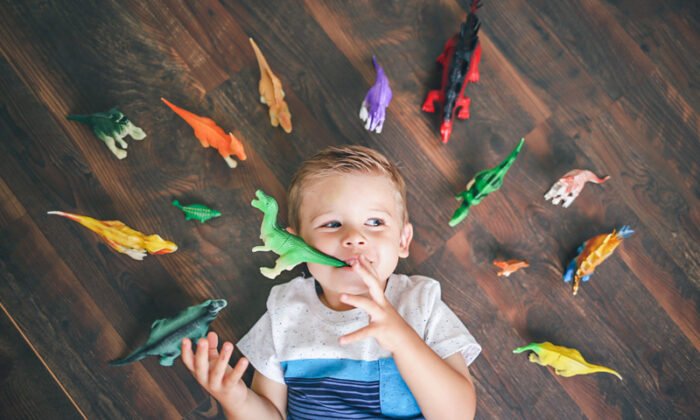 Our lives can be enriched greatly by TV; we just have to make the right choices regarding what we put before our eyes and what we allow before the eye gates of our children. (Shutterstock)
Radiant Life

The Power of Seeing

“Hey, Danny [not his real name], what’s up?” I asked my 9-year-old neighbor as our paths crossed one afternoon. “I am a dinosaur! Grrr! I’m going to crush you with my big feet!” he exclaimed with glee. “Really, Danny? I thought you were a smart little boy.” “No, I am a dinosaur!” “How was school today?” “Dinosaurs do not go to school. We know everything.”

In truth, Danny had been sent home because he was unable to sit still or concentrate in a manner way beyond ADHD. He would get up and run throughout the classroom until the security officers caught him and held him down. Then they would send him home. For Danny, this was a regular occurrence.

He cannot relate to real life. Certainly, most children pretend to be this or that as a normal process of growing up. Danny, however, actually believes he is a dinosaur. On another day it might be a Ninja warrior or some other killing machine. This is his reality. Playing video games for many hours every day, watching explosions and murder almost exclusively, has caused him to be unable to rest and unable to relate to the mundane. I fear for him and countless other children who constantly witness violence, murders, immorality, and every evil thing.

The power of seeing is very real. For example, have you ever seen a pizza commercial on TV over and over, and then you just had to have a pizza? Of course, you have. I have too. We want those things that look appealing even if we know that they can harm us, especially if they’re always in sight. We see them, and we want them: pizza? candy? a great car? It is a different thing for each of us.

Think about it: advertisers certainly know and count on the effectiveness of the power of seeing. It is a scientifically proven fact that our viewing habits influence our thinking, our political preferences, and even our cognitive abilities. No wonder, our eyes are “gates” to our brains.

Other than sleeping and working, most Americans spend the largest amount of time in their given 24 hours watching TV. Entertainment can become an addiction. Image after image appearing before our eyes in rapid fire tends to breed anxiety and restlessness while the underlying messages alter our thought patterns. As we are entertained by immorality, we tend to think of it as okay, if not normal.

I have been as guilty as anyone in following the models and ideas expressed in programs and commercials. You know, this product will make you look 10 years younger; another will give the same energy you had in your 20s. They have pictures and graphics to prove their point and make us want to buy their product. Surely it will make us look and feel like the models in the pictures. Never mind that they are 20-year-old athletes!

Of course, there are many wonderful things TV has to offer: things that are true, honest, just, pure, lovely, and of good report. Our lives can be enriched greatly by TV; we just have to make the right choices regarding what we put before our eyes and what we allow before the eye gates of our children.

You may remember a TV show for children that originated in 1969, Sesame Street. It began with programs designed to develop early skills in letters, numbers, and emotional matters for preschool children with only a little entertainment thrown in. A six-month study in 1970 and ’71 showed stronger IQ points and stronger learning evidence as well as increased cognitive performance in the children who watched Sesame Street frequently. The ones who only watched the show rarely or never showed no such gains. This study confirmed that the benefits or lack of them lasted into adulthood. The same was true in countries all over the world.

Cable TV appeared on the scene in 1981 and was full of entertainment, commercials, and infomercials rather than educational content. Children and teens spent more time watching it rather than reading or studying worthwhile subjects. Evidence abounds that estimates that 10 years spent with cable, satellite, and fiber-optic TV lowers IQ scores. It has even reduced voter turnout in elections. What are we giving up for the sake of entertainment?

The media and advertisers compete fiercely for our attention. They have migrated far from the ideals held by the first producers of Sesame Street. Rather than educational programs, we are subjected to a continual stream of leftist ideology and planned control. The news programs have become biased and sensationalist, and they are misinforming citizens while discouraging any opposing viewpoints.

There have been studies showing that exposure to FOX News could increase Republican Party votes while exposure to MSNBC is inclined to increase Democratic Party votes. This is indoctrination and control of the masses, just like in communist China and North Korea. The pandemic has greatly enhanced its establishment in the hearts and minds of many, if not most, Americans. Where will it all lead?

Practically speaking, we must place some boundaries in our lives. For example, let’s say you are embracing a healthy lifestyle. Don’t continually look at or watch the things that will derail you. Don’t look at the candy you have stashed in your cabinet, but get it out of the house. Replace it with something good for you (say, a bowl of fruit). Instead of watching cooking shows or food commercials on TV, watch whatever uplifts and encourages you in your journey to optimum health and wellness. You’ll be amazed at how much this will help you.

It is extremely important that we choose TV shows and movies that will edify us and build our faith rather than those that endorse evil and/or non-Biblical lifestyles and attitudes. There’s a plethora of apps and internet programs that offer positive encouragement to help us stay on track.

Takeaway: Always remember that your viewing habits greatly influence your thinking, therefore you must make an educated decision to view things that build you up and help you grow in the right direction.

Donna Martelli, formerly a professional dancer with the Harkness Ballet of New York, served on the dance faculty at Butler University, Indianapolis, and is now also a Certified Personal Trainer, and Certified Pilates Instructor in Indianapolis, IN. She conducts classes, seminars, and workshops in the US and Europe. She is the author of “When God Says Drop It” and “Why the Dance,” available on Amazon and wherever books are sold.