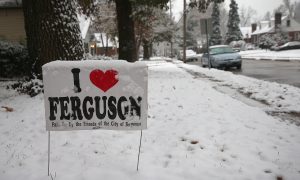 Nan Gill-Wilson on the Power of Empathy

Nan Gill-Wilson—part woman, part force of nature—has more pies in the oven than most.

Based in Goshen, Gill-Wilson is the creator and presenter for a show called “Empowering Women Everywhere” due to air in July on Channel 23.

She spoke to Epoch Times about her new show as well as the other projects, passions, and motivations behind her busy lifestyle at her Goshen office and studio.

Gill-Wilson’s contribution to performing arts started early in her youth when her entrepreneurial spirit compelled her to run her own school for the performing arts here in Orange County. This was before she chose to pursue a long career in real estate. In the 1960’s she was also a model at the prestigious Ford Agency—something that she still does, given her statuesque physique and stunning bone structure.

Sitting down next to an elaborate Chinese screen, Gill-Wilson wore a white ensemble, armed with a cellphone in each of her jacket pockets that sometimes rang in sequence.

“If they don’t get me on one, they try to get me on the other,” she said apologetically while juggling the phones and explaining that the idea for the TV show started after her meeting with Kellyann Kostyal, the executive director of Safe Homes in Orange County.

She saw the good work that Kostyal was doing and decided to get involved after Kostyal informed her that one of the biggest challenges in helping people who are in difficult situations was to be able to reach them and let them know that there is help.

Gill-Wilson also faced harrowing times in her first marriage, and while she didn’t go into any details, it was clear that she had a lot of empathy for victims of abuse.

I thought if I have a television show I can highlight people who are doing something for the planet, for other people, and they can attract people who want to help.
— Nan Gill-Wilson

“I felt a real need to want to help them. I had been through a bad situation when I was married before, and at the time, there was nothing in the county that was any kind of assistance at all.”

She made a commercial and donated it to Safe Homes but kept running into “brick walls in trying to get it aired.”

“So I thought if I have a television show I can highlight people who are doing something for the planet, for other people, and they can attract people who want to help,” said Gill-Wilson.

She then decided to call it “Empowering Women Everywhere” and invited Kostyal to be the first guest on the premiere of the show in July on Channel 23. She is also looking at airing the show through Time Warner cable through its public access channel in Manhattan.

Gill-Wilson also created the website www.empoweringwomeneverywhere.tv so people can nominate themselves or others who are “doing good things in the community” and publicize their initiatives.

Gill-Wilson is also co-owner and president of Willy-Gilly Productions, Inc. and executive producer of the feature film “Collar,” which is getting ready for release.

Some time ago when she and her husband David Patrick Wilson were working together on some other projects she asked him: “Don’t you have a little movie? Maybe you want to make it in Orange County—it’s a good place to make movies.”

He had been planning to have it made in New Mexico because it was a place for good film credits.

The movie starring Tom Sizemore, Rebecca DeMornay, Richard Roundtree, and David Patrick Wilson is about a police officer who is about to retire, but he gets involved in a bad shooting incident and kills a young black man who is the pride of the community.

Gill-Wilson and her husband produced it three years ago, and wanted a theatrical release for it but the distributors said, “It could never happen. It’s just totally ridiculous,” recounts Gill-Wilson. Hollywood wouldn’t touch it.

“He’s kind of always been ahead of his time,” said Gill-Wilson of her husband.

The incident that sparked controversy across America also saw renewed interest in the movie and its topic. Now they are working with a company from the West coast to release it.

Currently, she and her business and life partner also teach at the Acting Anyone Academy, which they established as a way of training local people to fill the jobs of the film industry that is coming to Orange County.

New York surpassed Los Angeles in film production last year. But according to Gill-Wilson, most of the movies are produced downstate. She wants to draw the industry to Orange County to improve the local economy and also benefit local talent.

She is working to improve the infrastructure and hopes to establish a program in Newburgh for young people as well as adults to gain employment and “feel good about what they’re doing and contributing and benefiting people.”

Whatever Gill-Wilson chooses to do, it seems that the overarching theme is empowerment—for self and the community—and starting a benevolent chain reaction that will be felt far and wide.

One can’t help but think that acting in itself is an empowering tool. She explained that at the academy, she and her husband teach acting through the Meisner method.

Unlike method acting, which teaches actors to draw upon personal experiences and relive them, the Meisner method is about creating and crafting a character from when the character was a child, but in an imaginary situation.

Sanford Meisner who created the method, “believed that in our DNA we have all experiences, of everything. So you can draw from that and create something that’s real and truthful,” explained Gill-Wilson, emphasizing that if you can’t leave yourself, you can’t become the character.

“It’s [about] being truthful in imaginary situations,” she said.

Obviously, it is for this very reason why acting, at its best, remains a fascinating art that has the power to hold a mirror to our deepest emotions and aspirations.