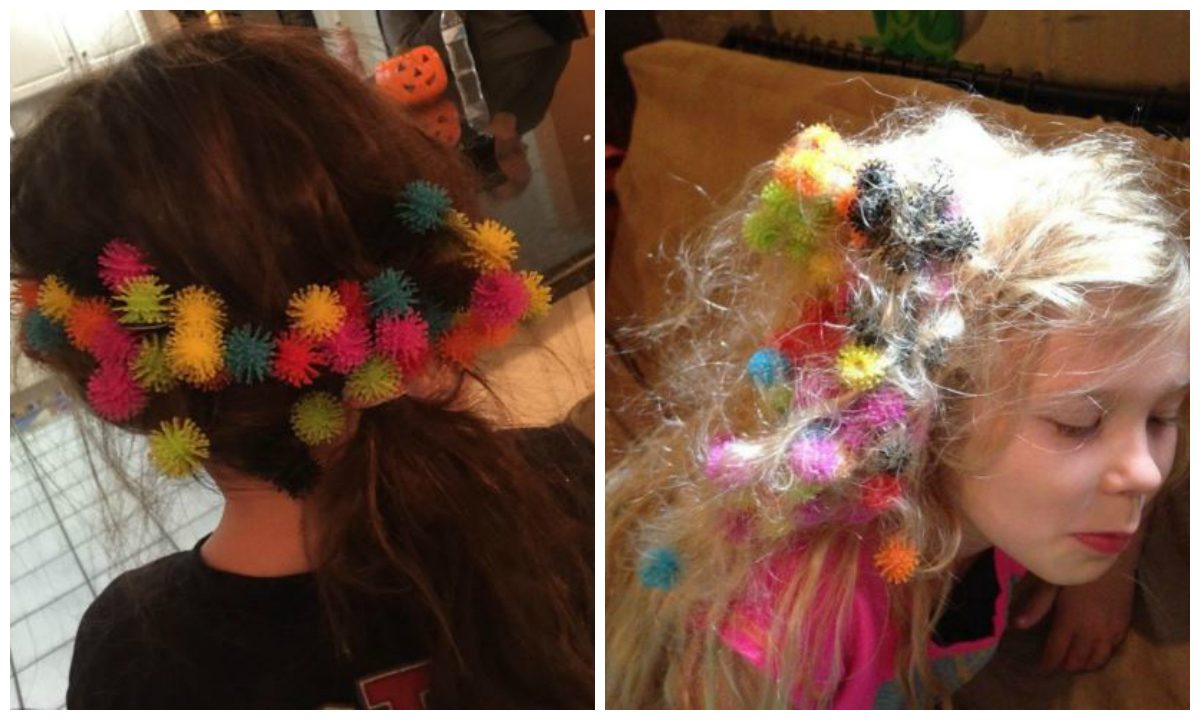 Parents are learning the hard way that a popular, harmless-looking children’s toy actually causes a lot of pain.

Bunchems is the hot new toy that kids are begging to be bought, but once they get them they may be in for a nasty surprise.

The little plastic balls can get stuck in hair, and when they do it’s apparently very difficult to remove them.

One mom wrote that parents should “take this off the Christmas list!”

That after she and her daughter endured two hours of “ripping and pulling.”

Another mom insisted that people shouldn’t buy the toy.

Ohhhh Bree loves breaking in new toys!!! These lovely things are called #bunchems She thought it would be smart to put them in her hair. Can I just say I’m glad it wasn’t my hair 😂😂😂 #bunchemsandhairdontmix #dingdong #shescrazy #painful

“They bring pain and misery, tears, fighting, broken and ripped hair, and questions of one’s sanity in handling life in general. I can’t feel my arms now after attempting to pull this spawn from hell ‘toy’ that matted itself into her hair like nothing ever witnessed before,” said one father, Ethan Benoit, after he said he spent two-and-a-half hours removing 14 of the balls from his daughter’s hair.

The company behind Bunchems released a video advising people to use conditioner or oil and a comb to remove the balls, but many parents say that advice hasn’t worked especially well.

Brian, another father who suffered his daughter’s hair getting tangled, listed how he finally removed them.

First, he noted, you have to get the kids from moving around, then remove the easy balls “that are not yet entrenched.”

Then, “Spray each ball and surrounding hair with good detangler and use the end of a fine comb as a hook and pull out individual hairs from the ball