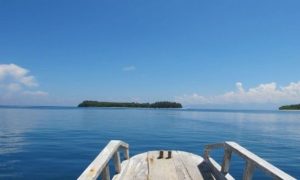 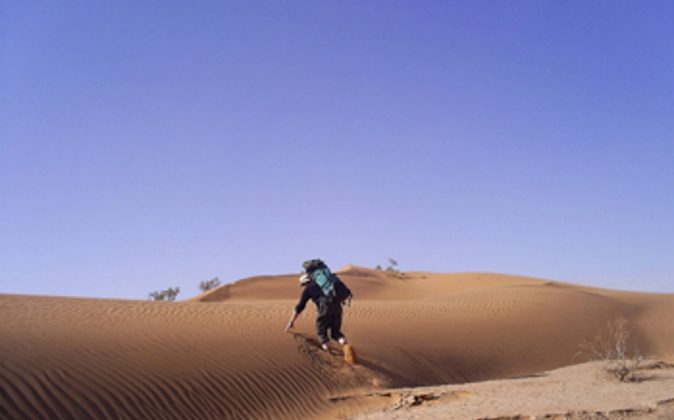 ‘The Poor Man’s North Pole’: Camping in the Sahara Desert

I had a hankering to get into the desert. It was all Robert Twigger’s fault. I’d read his book Lost Oasis: Adventures in and out of the Egyptian Desert whilst on holiday in Turkey, some of which was spent in the starkness and aridity of Cappadocia.

Consequently, on the drive back from Gatwick, my mind had been feverishly plotting and fantasizing around a central idea of buying a Toyota Landcruiser for a couple of grand on Autotrader and driving it down to Dakhla oasis where I would sell it to a grateful Bedu tribesman for the equivalent of £10000 Sterling.

However the whole process of seriously entertaining such a far-fetched notion made lesser plans seem much more easily attainable. It’s like jumping a gap easily by aiming to land much further across than you need to.

So I started to think about Morocco. Marrakech is reached cheaply using Easyjet and the country extends into the desert far enough for a total greenhorn to risk dying of thirst. In which case where exactly should I aim for?

Looking in the trusty Lonely Planet guide there appeared to be two main jumping-off points from which it is possible to experience rolling erg, big desert skies and minimalist solitude. Merzouga looked like it would be far busier – Google Earth shots of the dunes showed them to be tagged with hundreds of visitor’s photos – and might be more difficult to get out of without getting embroiled with local guides trying to flog you a big, expensive package when all you wanted was a lift for a few miles.

M’Hamid seemed like a much better option. A little oasis settlement of only 3500 or so people, it looked like it would be an easier spot to just buy some water and walk out town into the wilderness. And it seemed like not too many others had done the same since the photo count on Google Earth was way lower. It was settled.

I had intended originally to do it alone. However thinking of Chris McCandless’ note in his journal that “Happiness[ is] only real when shared” and being fundamentally cowardly I invited my son, Izaak. We flew to Marrakesh.

Heading directly to the bus station at Bab Doukkala we weaved through a phalanx of touts to get to the CTM counter where we reserved tickets on the 0030 bus to Zagora, the last major town before our destination of M’Hamid, and the start of the desert. Then we had a few hours free to unwind.

Arriving at the Djemaa el Fna in search of sustenance, we found its madness and wonder unfolding beneath a huge, lambent moon. We dived deep into the chaos and clamour of the food stalls and revelled in greasy-fingered pleasure as the stallholders punted calamar and conger eel to jaded Moroccans and their eager children.

Then camea brisk walk out to the CTM station that gave us the satisfaction of turning down the petitions of the Djemaa’s predatory taxi drivers. The bus station waiting room was full of Moroccans huddling in winter coats while we sat in shirt sleeves. At about 1:45 the long bus journey to Zagora got under way. We woke early, after a fitful night of trying to find the elusive comfortable position one assumes might be possible on a cramped coach seat.

It was a clear blue morning and the honeyed lilt of a neverending devotional song spilled from the bus stereo, allowing time to stretch like elastic. Winding its way between the spectacular ramparts of the Draa Valley the bus passed through date palms and mud-walled kasbahs stirring into yawning life under a shroud of smoke from breakfast fires.

At the bus stop in Zagora we faced down some distinctly languorous hassle from the local touts and breakfasted at a street corner café, warming ourselves like lizards in the morning sun. The garcon was young and dapper in his waistcoat and turban and fed us well with olives, cheese and apricot jam. Another patron tried a somewhat more sophisticated pitch for our business than usual, seducing us with some verbal foreplay around our origins and language.

We declined his advances and warmed and replete we got up to seek out the share-taxi stand on a corner further up the main street. As soon as we arrived a gang of slightly villainous looking men with no obvious leader bundled us into the rear right corner of a battered white Mercedes van stuffed with quiet Moroccans.

Copyright © 2014 by Go Nomad. This article was written by Chris Watson and originally published at www.gonomad.com