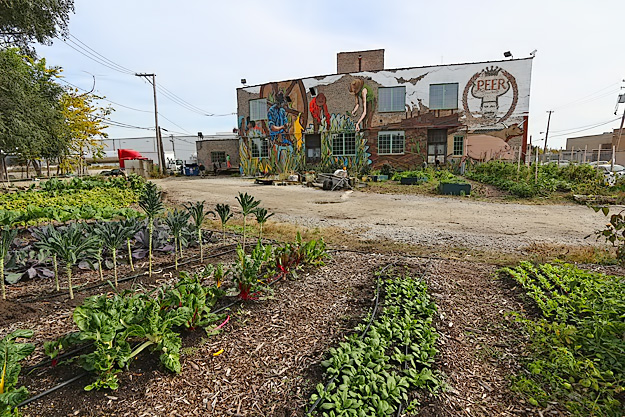 “The Plant” in Chicago – Blueprint for a Sustainable Future

I can’t count the number of times I’ve looked at a building in Chicago and wondered about its history or wished I could see inside. Fortunately, one weekend each year, the Chicago Architecture Foundation makes that possible during Open House Chicago, a citywide architectural festival that offers free, behind-the-scenes access to more than 150 buildings around the city.

With so many intriguing buildings on display, choosing which one to visit was the most difficult part. I was tempted by famous downtown skyscrapers like the Tribune Tower, properties such as the Frank Lloyd Wright mansion, and a handful of historic theaters. But in the end, I opted for a more obscure building in the Bridgeport/Back of the Yards neighborhood on Chicago’s southwest side.

As I was born and raised on the south side of Chicago, Back of the Yards is more than a name to me. The neighborhood was named for the infamous Union Stock Yards, which in my youth was the largest livestock processing and distribution facility in the world. As a teenager, my father worked at the Stock Yards as an apprentice electrician. By the time I came along, the meat packing industry was winding down, but it was still active enough that the sickly smell of raw meat reached my nostrils on days when the wind blew just right.