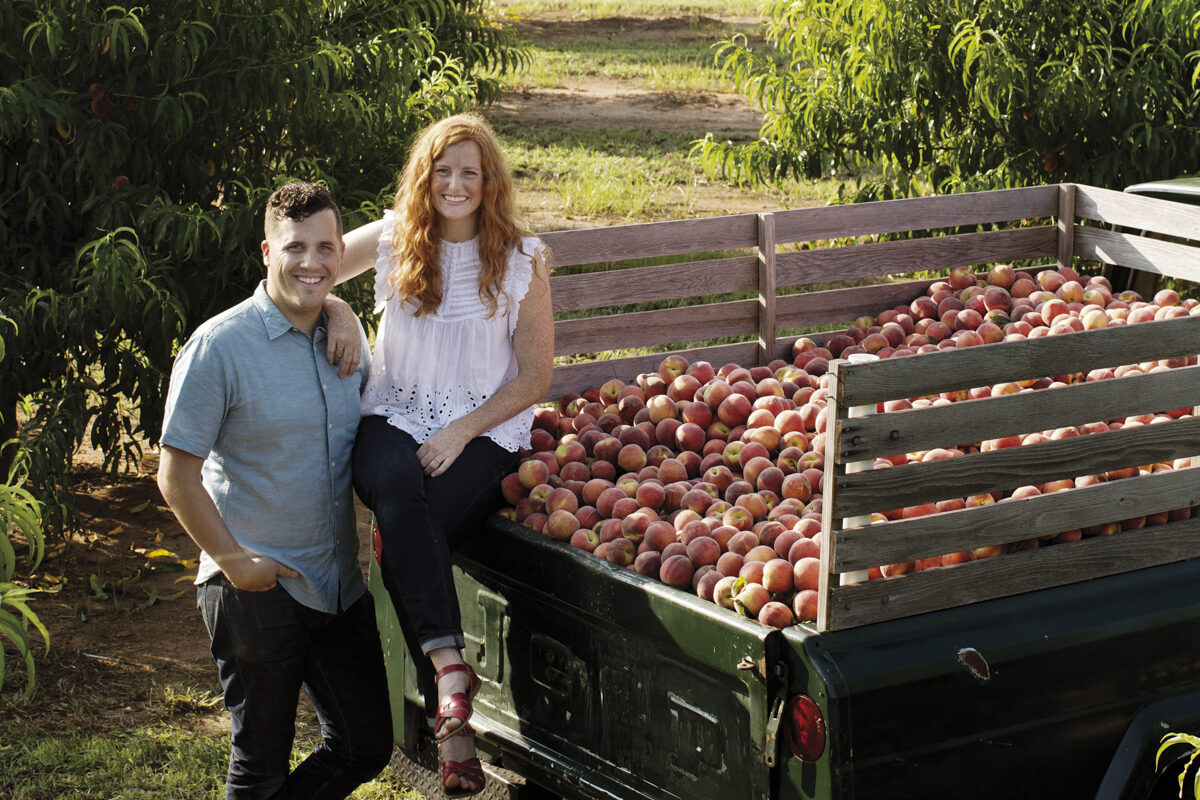 The Peach Truck Coming Through

Growing up in Fort Valley, Georgia—one of the state’s biggest producers of peaches—Stephen Rose was always the kid who could tell when someone at a gathering had made a cobbler with grocery store-bought canned peaches. They simply couldn’t compare to the sweet Georgia peaches he frequently ate, plucked fresh from the tree at his neighborhood farm. Later in life, when he moved to Nashville, Tennessee, he realized that the typical grocery store didn’t sell the kind of peaches he was used to eating—and he missed them terribly.

In 2012, Stephen and his wife, Jessica—a Seattle native who also became enamored with the fruit after visiting Stephen’s hometown—decided to take up the challenge of providing Nashvillians access to delicious, ripe Georgia peaches. They started selling peaches from the Georgia neighborhood farm of Stephen’s youth out of their ‘64 Jeep Gladiator pickup truck.

First, the couple sold peaches at roadside stands and farmers’ markets—the fruit was an immediate hit. Nine years later, they have expanded to a multi-truck team that will tour 33 states this summer, along with a website that offers nationwide shipping directly from Georgia peach farms. “[It’s] in the back of a UPS truck the same day it was picked,” Stephen said during a recent interview in Nashville.

Indeed, a peach from The Peach Truck tastes different. Biting into one of the Fiesta Gem peaches—with its flesh showing the colors of a fiery sunset—juices flow forth and a surprising tang comes through. Stephen compares it to a Sweet Tart, the iconic sweet and sour candy.

Georgia on My Mind

Stephen believes that Georgia’s climate and soil make it the perfect place to grow peaches. Georgia red clay has a particularly strong ability to hold nutrients in the topsoil. Winters are chilly and wet, while summers are excruciatingly hot and humid. “We like to say, ‘What’s bad for humans is good for peaches.’ You’re gonna have really sweet peaches as that peach suffers on the tree,” he said.

Peach varieties are plentiful as well—contrary to what one might expect from glancing at the supermarket offerings—from the Elberta, which shines a bright yellow when ripe and “tastes like candy,” according to Stephen, to the Harvester, which comes right off the pit and is perfect for canning.

The couple realized that even when a peach is grown and picked at the perfect time of ripeness, if the product doesn’t reach the customer soon, the flavor suffers. So they worked out the logistics of getting fruit to people just days after it’s picked. The process requires managing inventory, so that peaches aren’t sitting in storage for more than three days. This means more trips to the farm, and thus, increased trucking costs—but that’s the cost of ensuring freshness.

“When you think of the traditional grocery-store route, what they want is shelf life. They want a product that can sit on the shelf for a long time. It continues to look good, it’s red,” Stephen said. Peaches are commonly harvested before they’re ripe and refrigerated in storage while traveling from a regional distribution center to a local one before finally arriving at the store—where they could sit on shelves for a week or more.

When peaches get refrigerated before they ripen, they don’t soften up properly and sometimes take on the flavor of the fridge, leading to a mealy texture and bland taste. When buying peaches from The Peach Truck, the package comes with instructions for proper care: The fruit is to sit on the counter or in a paper bag until it gives a little when squeezed—at that point, it can go in the fridge.

The Roses are proud that they’re able to cut out the middlemen and directly bring the product to consumers. “[It] enables us to reconnect customers to farmers,” Stephen said. Jessica lamented that the American food system has gotten “so complicated.”

“It got so efficiency-based instead of quality-based,” she said. “Everyone wants a perfectly round, red peach.”

The Peach Truck website states that the company only sources from farms that are “GLOBAL GAP (Good Agricultural Practices) or PRIMUS-certified”—voluntary audits verifying that produce is grown according to responsible food-safety and sustainability standards.

The couple hopes that their model can be applied to any type of produce. “We feel like the next evolution of this company is really connecting the American farmer to the end consumer—with whatever they’re growing. There’s great produce grown in this country, that never makes it to the end consumer because it might not meet the grocery stores’ demands of the shape and the size—but it tastes amazing,” Stephen said.

Last winter, The Peach Truck experimented with offering satsumas, a sweet mandarin orange variety originally from China and introduced to the West via Japan. Stateside, satsumas are grown in southern Georgia and northern Florida. The response from their peach fans was enthusiastic.

Of course, there are challenges to running a company that relies on the forces of Mother Nature. The Roses recalled that back in 2017, terrible weather ruined large amounts of the crop. Luckily, this year’s harvest is bountiful. They hope the summer will once again bring memorable experiences as people nationwide catch breaks from their perspiration by biting into delicious, ripe peaches, with juice running down their arms and all.

“At the end of the day, what it does is it provides gratitude for any time we have a great [harvest] … because every season is a gift, right?” Stephen said. 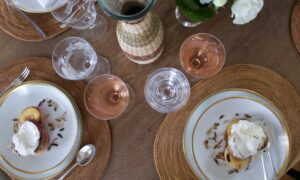 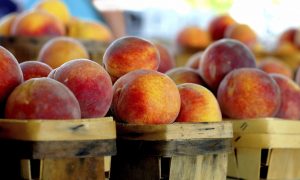 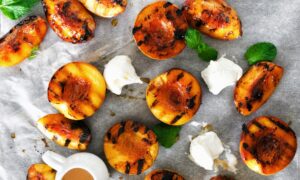 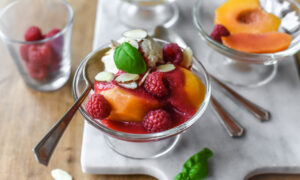