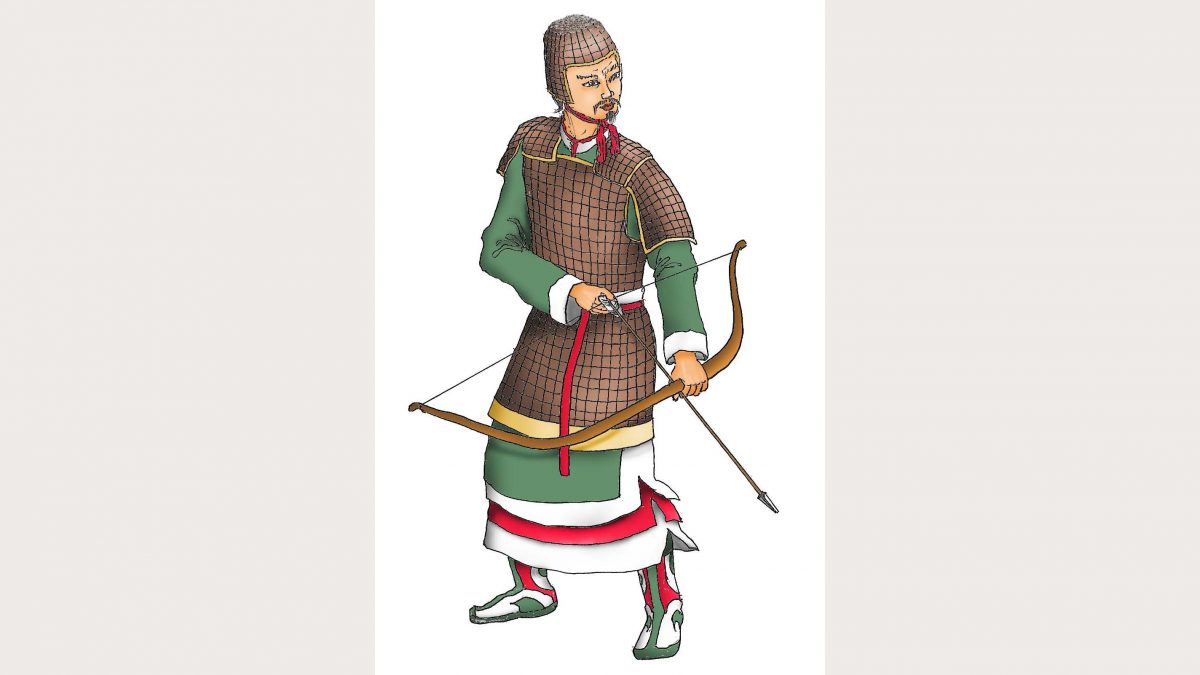 The Only Man Who Did Not Drown

In the seventh year of the Chunxi Era of Emperor Xiaozong of the Southern Song Dynasty (1180), there was a man in Leping (present-day Jingde County, Jiangxi Province) by the name of Zhang Wulang. He helped a relative get a loan by giving him a golden hairpin to be used as collateral. But the relative did not return the hairpin when the loan expired.

Zhang decided to redeem the hairpin himself. As he did not have enough money with him, he returned home and sent his maid Xuexiang to the pawnshop to bring the hairpin back.

On her way home after redeeming the hairpin, Xuexiang needed to relieve herself. For fear of dropping the hairpin, she stuck it in a hole in the wall. Then she forgot all about it and walked out of the latrine. After taking about a hundred steps, she remembered the hairpin and quickly returned to get it. However, it was not where she had left it.

She ran into a bowman and asked him if he had seen a golden hairpin, but he said no.

Xuexiang cried: “My mistress is impatient and strict. If I lose the hairpin, my master will accuse me of giving it to my lover and beat me to death. I might as well kill myself.” She started heading toward the river.

The bowman was afraid she might commit suicide by drowning herself. He cried: “I’ve got the golden hairpin. I thought I was lucky, but if it might cost you your life, I’d rather not have it.” He returned the hairpin to Xuexiang.

When Xuexiang got home, she told Zhang Wulang about the bowman. Zhang said to his wife: “Xuexiang has served us for 30 years and did not make one mistake. Had she killed herself over the hairpin, it wouldn’t have been fair to her. Why don’t we do her a service by marrying her off?” His wife agreed. The couple gave the hairpin to Xuexiang and found her a husband.

Xuexiang was grateful to the bowman. She regretted not asking him for his name, but she vaguely remembered his looks.

Four years later, Xuexiang was fetching water by the river when she saw a boat packed with passengers. She spotted a man who looked like the bowman and went over to check with him. Indeed, he was the bowman. Xuexiang earnestly invited him home to be a guest.

The bowman said he could not get off the boat as he was on the way to deliver a document. A little delay may easily lead to a huge one. However, Xuexiang sincerely invited the bowman to her home for a visit. She told her husband the bowman was her savior.

So the bowman went in. He was having tea with Xuexiang and her husband when there was a commotion outside the house. They went out to see what was going on and realized that the boat had capsized when it reached the middle of the river. Since the currents were strong, nobody could save the passengers. All 36 people on board drowned, but the bowman did not.

By returning the golden hairpin to Xuexiang to stop her from taking her own life, the bowman had actually saved himself in return. His kindness and honesty had paid off.

From Additional Records of Yi Jian, Scroll No. 3