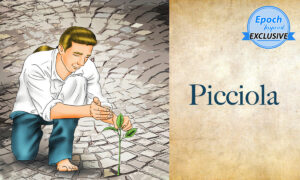 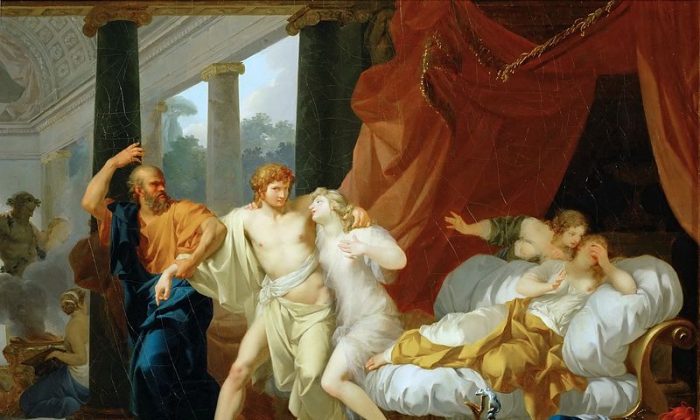 The One Trump Comparison You Haven’t Heard Yet

The race for the Republican presidential nomination has provided pundits with ample opportunity to claim that we have reached an all-time low in terms of fractiousness, divisiveness and vulgarity.

Not so. A quick look to the Classical world lays to rest such a naive assumption.

Politics under any system of government is always a dirty business. But the Athenian political system is tied particularly closely to our own because it was – I’m tempted to say first and foremost – a spectator sport. Much of the time, meetings of the Athenian Assembly resembled an explosive televised debate, as politicians vied with each other in what was often the equivalent of a popularity contest.

We’re lucky to know so much about the workings of Athenian democracy in large part due to the writings of Athenian historian Thucydides. In the course of narrating the history of the Peloponnesian War, Thucydides incorporated many pairs of speeches arguing opposing points of view that reveal how politicians sought to put down, outmaneuver and even humiliate their rivals.

Any student of Greek history, like me, cannot but admire the historian’s unparalleled understanding of the invisible web that every ambitious, skillful and ruthless politician must weave around his audience. Since there was no party system and no elected politicians either, every day in Athens was like being on the campaign trail. As a result, Athens provides a striking parallel to this year’s seemingly endless presidential primary season.

Just as the campaign trail ideally suits Trump, it was a world ideally suited to a young statesman named Alcibiades. Alcibiades was an Athenian billionaire with a larger-than-life personality to go with it. One of his biographers wrote:

Such was his charisma that even those who feared him or were jealous of him fell victim to his charms.

Like Trump, Alcibiades knew that the more he courted controversy, the more he would grab the limelight – and the more people would listen to him when he spoke up in the Athenian Assembly, where the important issues of the day were decided by majority vote.

Alcibiades didn’t have a private jet like Trump, but he did have seven teams of four-horse chariots, which he entered in the Olympic Games, winning first, second and fourth prize.

He was utterly contemptuous of convention. Every other Athenian had a warlike symbol painted on his shield – a lion or a boar or an eagle – but Alcibiades had Eros, the god of love, painted on his. He wanted to provoke and challenge the establishment.

He seems to have had a very dim view of women. He mistreated his wife, who doted on him, by sleeping with prostitutes. When she sought to initiate a divorce, he dragged her from the court by her hair. Nobody dared raise a finger against him to protect her. And he was violent: he slew one of his slaves with a single blow of his staff.

Alcibiades didn’t deny he was a showoff. Instead he boasted of the benefits that had come to Athens as a result of his extravagance and high visibility. For him, as for Trump, politics was always personal.

“A man who thinks highly of himself should not be expected to lower himself to the general level of mankind,” he asserted. “Those who are fortunate show contempt toward those who are unfortunate, and that’s the way it is.”

In 415 B.C., the Athenian democracy had a momentous decision before them. They were debating whether to invade and conquer Sicily, which for Athens was the ancient equivalent of half a world away. Athens had concluded an uneasy peace with Sparta six years earlier. But no thinking person believed that the war was completely over. So voting for the expedition meant taking a huge gamble because it meant committing their resources overseas at a time when they might require them to defend Athens against attack.

A conservative general called Nicias – who was wealthy, important and much respected – got up in the assembly to argue his position. Very sensibly, he suggested that the Athenians were in no position to control Sicily even if they could conquer the island. He then employed a disastrous political tactic; he tried to divide the older “sensible and rational” citizens like himself from the younger “ignorant and stupid” citizens – like Alcibiades. In so doing, he not only sealed his own failure, but also the eventual defeat of Athens. He had completely underestimated his opponent.

Brash Alcibiades spoke forcefully in favor of the expedition.

Nicias accused his opponent of being motivated wholly by self-interest. He claimed that the only reason Alcibiades was supporting the expedition was that he wanted to profit from it financially and enhance his prestige. Alcibiades, he claimed, didn’t care a jot for the state.

Nicias was expecting that sage counsel would prevail. How wrong he was.

Alcibiades responded by attacking Nicias for trying to divide the old from the young. He promoted himself as the “unifier,” just as Trump has vowed he will be a force for bipartisanship. About 15 years before this showdown, Athens had fallen victim to a plague, which carried off about a quarter of the population. It had only just recovered. Now was the time for the state to flex its muscles again. What Alcibiades would have said if he’d thought of the phrase was, “Let’s make Athens great again!”

When Nicias realized he was likely to lose the debate, he made his second big blunder. He recommended the assembly mobilize Athens’ full military resources. He was gambling on the hope that this would cause the voters to back off. Instead, his speech had the opposite effect. The Athenians became even more enthusiastic and voted overwhelmingly in support of the expedition.

To add insult to injury, Alcibiades defected to Sparta, Athens’ old enemy. He adopted the lifestyle of his conservative hosts and described democracy as “a patent absurdity.”

Trump has yet to reveal his innermost thoughts about democracy, though it may be that he, like Alcibiades, would prefer a political system in which only the wealthy have access to power. And certainly both men would have agreed that the loathing and disdain that they inspired among their rivals was fueled largely by envy of their lifestyle and success.

Alcibiades now collaborated with the Spartans and shrewdly advised them how to beat the Athenians. He even seduced the Spartan queen “so that my descendants will one day rule over the Spartans,” as he vaingloriously put it.

Like Trump, Alcibiades reveled in his own celebrity and enjoyed being at the center of a firestorm. As a candidate for the Republican presidential nomination, he would have given the Donald a very good run for his money.

Robert Garland, Roy D. and Margaret B. Wooster Professor of the Classics, Colgate University. This article was originally published on The Conversation. Read the original article.