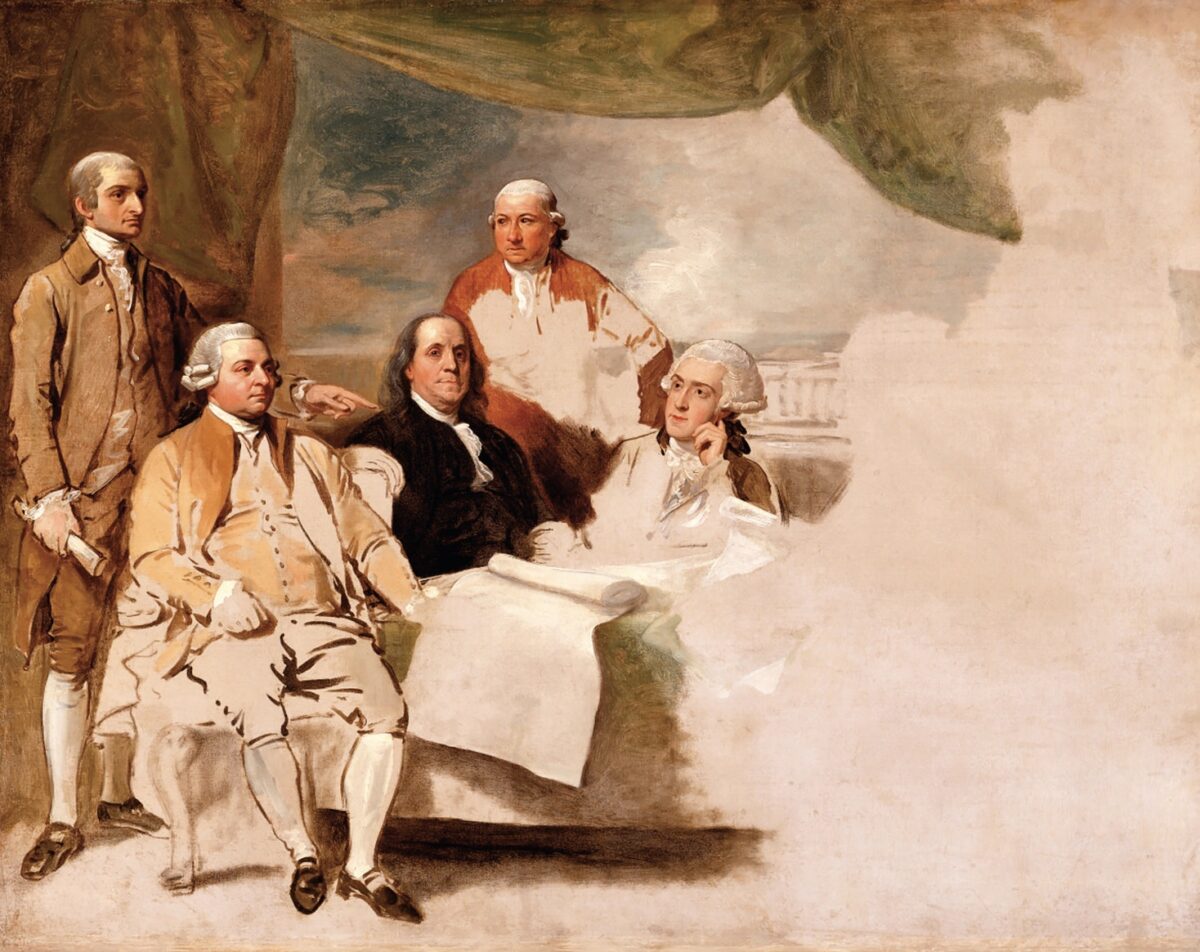 The Oft-Forgotten Founding Father: How John Jay’s Many Contributions Helped to Safeguard the Foundations of Our Republic

How John Jay, the first chief justice and contributor to the Federalist Papers, helped establish the foundation of American democracy
BY Sydney Slack TIMESeptember 16, 2022 PRINT

In 1782, John Jay traveled to Paris with Benjamin Franklin and John Adams to discuss peace terms with the British. He, in particular, fought for British recognition of the United States and for all of the land east of the Mississippi, doubling the size of the nation. But doubling the nation was only a fraction of his contributions to establish, solidify, and ensure the safety of the newborn country.

While in Paris, and with the help of his wife, he befriended the Marquis de Lafayette, Angelica Schuyler, and other important figures living in France. These ties were vital to the relationship between the United States and France, the young country’s only ally during the Revolution. Jay prevented France and Great Britain from having their own secret negotiations that would have put fledgling America at a great disadvantage. After the negotiations in Paris, Jay and his family returned to New York, where he helped build the United States government.

The Jay Legacy for America

Three generations of the Jay family embodied the quintessential American ideals, none more so than John. John Jay was born in New York in 1745. His grandfather had come to America seeking freedom from religious persecution in France, and he built a life for himself as a merchant. Jay’s father continued in the trade, building his wealth and providing for his family, succeeding in the American dream. John Jay would continue this legacy through many years of service to the fledgling United States of America.

Jay grew up in New York and attended King’s College, now Columbia University. He graduated with a law degree, but he did not practice law for very long. In 1774, Jay was elected to represent New York in the First Continental Congress, the same year he married Sarah Livingston. Much like Benjamin Franklin, Jay first strove for peace and negotiation with Great Britain. However, as war became inevitable, Jay chose loyalty to the interests of the United States and dedicated himself to its freedom. Early in the Revolution, he served as president of the Second Continental Congress, the provisional government for the 13 Colonies.

In 1779, Jay made a perilous journey to Spain with his wife. Horrible storms required their ship to stop in the Caribbean for repairs; then, a British ship chased after them, attempting to kidnap Jay as they approached the Spanish coast. He had been chosen as the diplomat to Spain, seeking financial aid for the Revolutionary War. However, he had little success garnering support from the Spanish government, a monarchy that did not want to support revolution, which might ultimately be turned against it. So dire was the situation in America that Jay’s not winning the support of Spain meant that his salary could not be paid. Yet he did not complain and remained dedicated to his work, asking only enough for him and his wife to live in their modest Madrid apartment.

In 1794, Jay was sent back across the Atlantic to negotiate with the British once more. They were not upholding agreements made at the end of the Revolution, such as to vacate North American bases in the United States and to cease blocking American exports. The British Royal Navy had also captured and forced many American merchants into service while at sea. People on both sides of the Atlantic were ready to go back to war to settle these debates. Jay’s Treaty, as it is known colloquially, only addressed a few of those issues. He failed to make any progress on British impressment of American sailors and even granted the British the ability to take French goods off American ships without payment. The treaty was, therefore, widely unpopular with the public, who believed Jay had been too lenient with Britain.

Afterward, Jay’s popularity plummeted. However, Jay’s negotiations, supported by George Washington, provided temporary appeasement with the British and allowed the United States time to recover from the Revolutionary War and establish itself in the world. This valuable time allowed the nation to prepare for what would eventually become the War of 1812, when unaddressed disagreements with Great Britain would once again be settled with violence.

Laying the Groundwork for the Constitution and Judiciary Powers

Between missions abroad, in 1787, Jay wrote five of the Federalist Papers supporting the ratification of the Constitution. The first four papers he contributed all concerned the same topic: dangers from foreign force and influence. In these articles, Jay argued against Americans who saw the inefficiency of the Articles of Confederation and wanted to dissolve the United States into individual nations. He believed that to do so was a waste of the lives lost fighting for freedom in the Revolution. Using his experience as a diplomat, Jay wrote about the vulnerability of individual states to foreign attacks and relations. In his mind, a united country was the only way to ensure enough power to withstand the well-established European monarchies.

Jay further served his country as the first chief justice of the Supreme Court. Appointed in 1789 by George Washington, Jay heard only four cases, but he set many of the precedents for the Supreme Court. For example, he allowed circuit court clerks to write writs of error in addition to Supreme Court clerks. He refused to provide any formal advice to members of the executive or legislative branches, reinforcing the separation of powers in government. Additionally, he promoted judicial review, which is the ability of the court to judge whether a policy or action of the government aligns with the Constitution. Any action declared unconstitutional can then be nullified and corrected. The same case in which Jay established judicial review, Chisolm v. Georgia, also established that cases against individual states by citizens are subject to federal jurisdiction.

One precedent not set by Jay was the notion that Supreme Court justices serve for life. While this statement can be found in the Constitution, Jay resigned from the position in 1795, after only six years on the bench, in order to become the governor of New York. He was elected governor while out of the country, negotiating in London. When John Adams was elected president, he once again offered Jay the position of chief justice, but Jay turned it down. Much like George Washington, Jay did not wish for or attempt to hold on to power. While in the New York office, Jay abolished slavery in the state. Later in his life, he would argue against slavery in the new state of Missouri or any other territory applying for statehood.

In 1801, John Jay retired for good and moved to a farm with his family. His wife passed away the next year, and Jay spent the rest of his days enjoying country life with his many children and grandchildren until his death in 1829. He did not want anything too elaborate for his funeral. Instead, Jay wished for his children to give $200 (about $5,000 today) to a deserving widow or orphan. While he is not the most well-known Founding Father, Jay’s varied and patriotic life is remembered through the John Jay College of Criminal Justice, John Jay High School, and a Columbia University residence hall bearing his name.