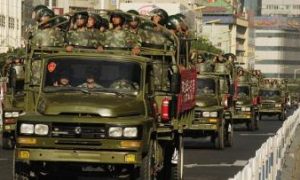 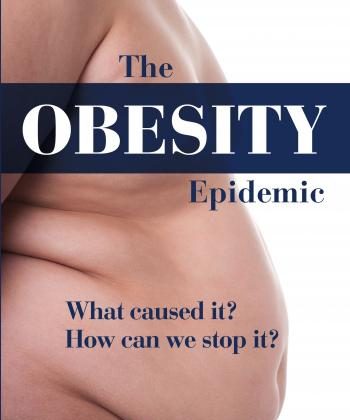 'The Obesity Epidemic' is a shocking revelation of health agencies' bad advice that has made us into fat nations. (Andy Harcombe)
Fitness & Nutrition

‘The Obesity Epidemic: What Caused It? How Can We Stop It?’

By Rosemary Byfield
Print
Two-thirds of the people in the U.K., the United States, and Australia are overweight and one-quarter [are] obese. Why?” asks obesity researcher, Zoë Harcombe, in her groundbreaking book “The Obesity Epidemic: What Caused It? How Can We Stop It?”

She challenges the current view of a healthy diet handed down by diet professionals and government agencies and asserts that our current way of eating and dietary advice has made us fat.

Harcombe takes the reader on an historical journey showing how obesity has increased 10-fold ever since the public-health advice to base meals on starchy foods was adopted in the U.K. in 1983, following a similar strategy to the United States in the late 1970s.

Logical analysis and humorous analogies are used to dissect studies that have caused us to abandon traditional ways of eating that have sustained humans over thousands of years.

For example, Harcombe mentions the “Seven Countries Study” by American doctor Ancel Keys in 1956. Harcombe asserts that Keys set out to prove his flawed theory that eating saturated fat causes heart disease. She makes the analogy that because some people sing in the bath doesn’t mean that bathing causes singing.

This unfounded fear of fat, especially saturated fat, has led to the introduction of a diet primarily based on carbohydrate, resulting in unprecedented levels of overeating, obesity, diabetes, heart disease, and other serious health conditions.

What about dieting? Forget about it if you follow the commonly held belief that to lose fat, you need to create a deficit of calories. The eat-less-and-do-more notion is based on misapplying the “energy in equals energy out” law of thermodynamics to the body, Harcombe says.

What has the notion of eating less and doing more led to? According to “The Obesity Epidemic,” developed nations became obsessed with calorie counting and calorie deprivation in the vain hope of reducing weight.

This book destroys fat phobia and demonstrates how health agencies have confused the effects of saturated fat and carbohydrate.

It shatters the illusion of the “eat-well plate” promoted by food and health agencies in the U.K. It exposes the food and beverage corporations that sponsor such foods—the supposedly healthy, carbohydrate-rich, calorie-counted, processed foods, which actually keep you hungry—and the advertising campaigns that promote them.

“The Obesity Epidemic” exposes the ignorance and misguided dietary advice of agencies we trust to provide us with impartial information. This advice has not and cannot help people lose weight and is detrimental to the nation’s health.

Harcombe offers a clear and simple solution to the obesity epidemic. The book makes a compelling read.

The Obesity Epidemic is available from Theobesityepidemic.org