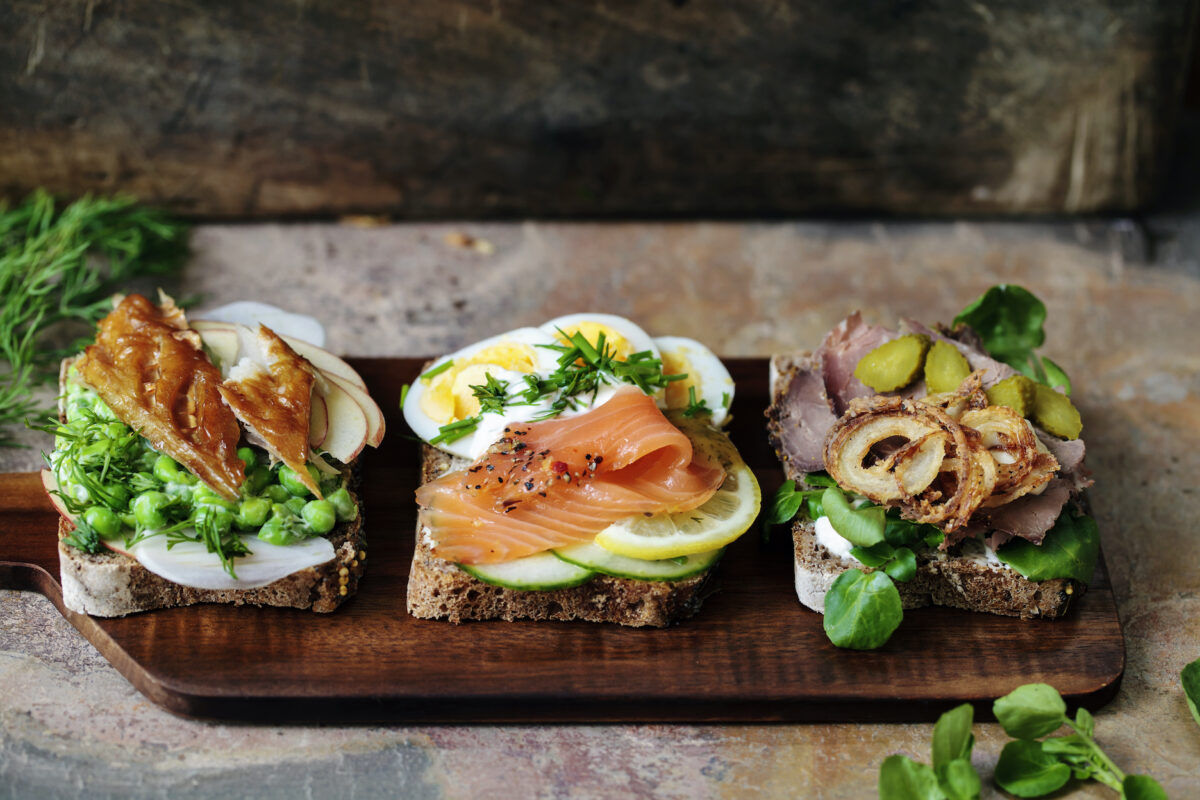 The Nordic diet is designed for Nordic people and what they can grow and obtain easily, including whole grains, fruits, root vegetables fatty fish, and more.(Magdanatka/Shutterstock)
Nutrition

This counterpart to the Mediterranean diet is gaining fans
BY Duane Mellor and Ekavi Georgousopoulou TIMEAugust 21, 2022 PRINT

Every month, there seems to be a new diet doing the rounds online. One of the latest is the Nordic diet, which some claim could be better for your health than the Mediterranean diet. And research is starting to suggest that it could at least have some similar benefits.

The Nordic diet is based on the traditional foods available in Nordic countries. The core foods making up the diet are whole grains (particularly rye, barley, and oats), fruits (especially berries), root vegetables (such as beets, carrots, and turnips), fatty fish (including salmon, tuna, and mackerel), legumes, and low-fat dairy.

But unlike the Mediterranean diet, which has a long heritage and the health benefits of which have been consistently observed in population studies and investigations, the Nordic diet was actually developed by a committee of nutrition and food experts, alongside chefs, food historians, and environmentalists. The motivation for creating it was to improve dietary guidelines in Nordic countries in a sustainable way while also seeking to create a local identity linked to food and culture.

Still, the Nordic Diet shares a number of similarities with the Mediterranean Diet, in that it’s made up of more whole foods and less or no highly processed foods. It also encourages eating more plant foods and less meat.

Perhaps the key feature of the Nordic diet is that it encourages people to include a diverse range of locally available foods, such as mosses, seeds, vegetables, and herbs (including those growing wild). This is why berries such as lingonberries are a core element of the Nordic diet, while citrus and tropical fruits aren’t.

Although the bulk of both the Nordic diet and the Mediterranean diet are made up of plants, the types of plants are very different. People following the Nordic diet would be encouraged to eat foods such as seaweeds and kelp (which are rich in nutrients such as iodine, omega-3 fatty acids, and even vitamin D), as well as other locally available vegetables and fruits. For the Mediterranean diet, people would include leafy vegetables such as spinach, as well as onions, courgettes, tomatoes, and peppers, which are all local to the region.

What Does the Evidence Say?

The Nordic diet is still relatively new, being first published in 2010. This means that it’s probably too early to tell if it reduces the risk of chronic diseases.

The Mediterranean diet, on the other hand, has been studied by researchers since the 1950s and 60s—meaning that we have a much better understanding of its links to lower risk of heart disease, Type 2 diabetes, and some cancers.

But some studies that have looked retrospectively at peoples’ eating habits have found that people who ate diets similar to what’s now known as the Nordic diet tended to be healthier. These studies found that Nordic eating patterns were associated with a lower risk of heart disease and Type 2 diabetes in people from Nordic countries. However, the relationship between lowering the risk of disease and Nordic diets is less strong in people from other countries. The reason for this is currently unclear.

The difficulty with these population studies is that they looked at a dietary pattern that technically didn’t exist—as it hadn’t been defined until after they took part in these studies. This means that the participants may not have followed the Nordic diet deliberately—making it hard to truly know if the health benefits were because of the Nordic diet itself.

However, a recent (but small) review looking at studies on the Nordic diet found that it can lower some risk factors for disease—including body weight and LDL cholesterol (often termed the “bad” cholesterol). But no significant improvements were seen in blood pressure or total cholesterol.

At the moment, it’s probably too early to say whether following the Nordic diet has long-term benefits for health—although research on the foods included in the diet and its general dietary pattern certainly support it. Based on the research that is out there, it does appear that the Nordic diet is promising for health.

Research shows that some of the main staples of the Nordic diet (including wholegrains and oily fish) are on their own linked to better health—including reducing the risk of heart disease. This suggests that combining these foods together when following the Nordic diet could lead to similar health benefits.

The Nordic diet isn’t just about health. It was also developed to help the planet by using local and sustainable foods to make a healthier diet.

At the moment, some of the main barriers preventing people from adopting the Nordic diet are taste preferences and cost. But if these barriers are overcome, the Nordic diet could very well be a more sustainable way of eating for those in Nordic countries, as might a locally derived diet for others.

While it’s perhaps too early to say if the Nordic diet is healthier than other well-known diets out there—such as the Mediterranean diet—it might help inspire us to look at how we can adapt diets to focus more on consuming whole foods available and grown locally.

However, eating more of the foods common to both Mediterranean and Nordic diets—such as vegetables, seeds, legumes, whole grains, and fish—alongside consuming less red and processed meat, is likely to be the basis of a healthy diet. This, alongside eating a variety of foods and trying to be primarily plant-based, is more important for health than following a particularly named diet.