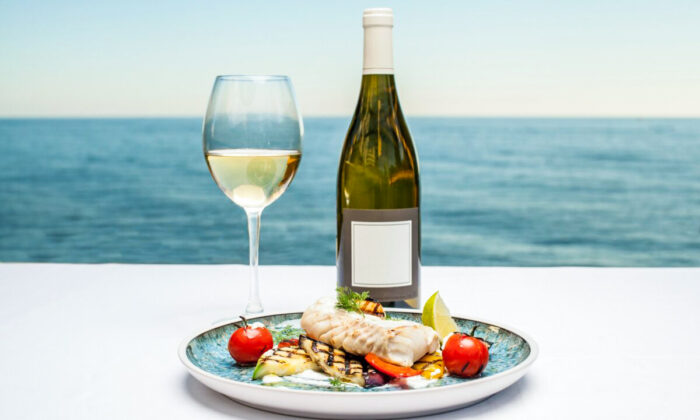 There are so many exceptions to the "rule" of "white wines with fish, red wines with meat" that it simply doesn't make any particular sense. (Molotok289/shutterstock)
Drinks

The New Rules of Wine

The conventional wisdom that has pervaded the wine-loving community for the past several decades could very well be updated by newer rules that make more sense.

But for reasons that are unclear to me, the new rules have never been widely disseminated.

One of those old “rules,” in which we talk about serving white wines with fish and red wines with meat, has long since been debunked as ridiculous. There are so many exceptions to that generalization that it simply doesn’t make any particular sense.

Sea bass is a fish, but “sea bass Veracruz,” made with olives and tomatoes, likely would be best with a medium-weight merlot or a pinot noir.

Other new rules are not quite as obviously incorrect. For instance, the old “rule” about aging all wine bottles on their side to keep their corks moist (so they don’t dry out) is still a sound idea, but Champagne and other sparkling wines probably ought to be kept standing upright.

Several sparkling winemakers told me this over the past few years. They say that keeping a Champagne cork wet for years actually might compress it so much that it loses its elasticity and could allow oxygen into the bottle.

Another old rule is that white wine should be served well chilled. Although this is probably fine for certain wines, such as those with residual sugar such as riesling or gewürztraminer, wines such as chardonnay and many Loire Valley sauvignon blancs are best served just cool.

Similarly, red wines probably should never be served at “room temperature,” especially if the room is at 75 or 80 degrees. I believe red wines taste much better at around 60 or 65 degrees, meaning that you probably have been served red wines in restaurants that simply were too warm to enjoy.

Pulling the cork on a bottle of wine to let it “breathe” is yet another ancient rule that makes no sense at all. The tiny amount of air that gets to the wine through the small neck of the bottle is negligible. To help a wine breathe, decant it.

Decanting is also at the heart of another myth, that old wines should be aerated by decanting. Old wines tend to be fragile and are most susceptible to oxidation. This is only accelerated if you decant them.

The older a wine is, the more you should consider not decanting it at all, except perhaps to pour off any sediment that’s in the bottle—and then plan to consume it as quickly as you can, before oxygen ruins it.

Another silly old rule is that older wines are better than younger ones. Such generalizations make no sense. Some wines are at their absolute best when they are young, and others probably shouldn’t be consumed until they’re 10 years old. Each wine has its own aging cycle, and knowing a lot about wine helps you to know when to enjoy it at its peak.

And there are no particular rules that are general enough to apply here. Beaujolais, for instance, is typically made to be consumed quite young, but several quality Beaujolais are intended to be aged for two to four years.

2019 Foppiano Sauvignon Blanc, Russian River Valley ($20): The aroma of this attractive medium-weight white wine leans a little bit on kiwi fruit, citrus, and tangerine, and the mid-palate is relatively lush and textured, but the acid is high enough to make it a superb companion to seafood. The winery suggests that it be served lightly chilled.