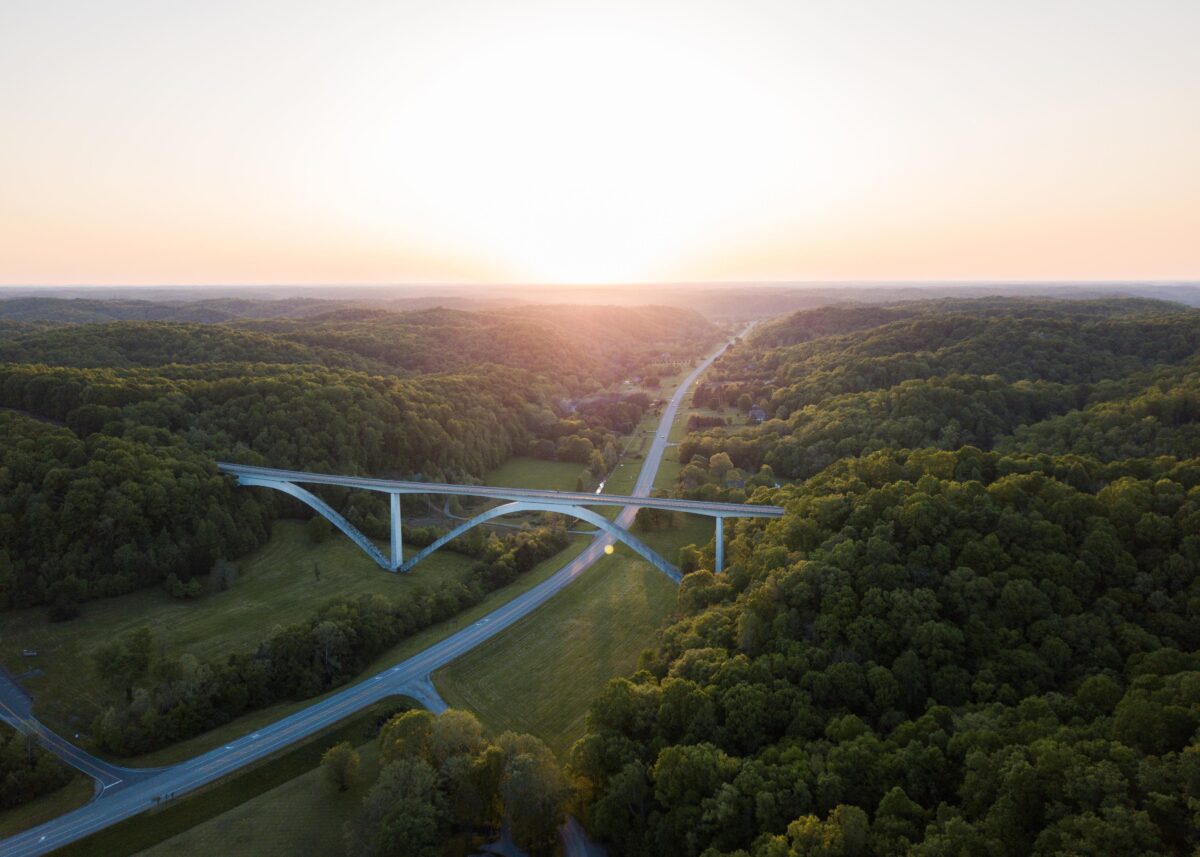 The Natchez Trace Parkway: A Peek into This History-Filled Attraction in the Mississippi Delta

The Natchez Trace Parkway is a journey through land and time
BY Karim Shamsi-Basha TIMEMay 27, 2022 PRINT

In the 1951 novel “Requiem for a Nun,” William Faulkner crafts a character who travels from Kentucky to Mississippi along the Natchez Trace:

“Jason Lycurgus. Who, driven perhaps by the compulsion of the flamboyant name given him by the sardonic embittered woodenlegged indomitable father who perhaps still believed with his heart that what he wanted to be was a classicist schoolteacher, rode up the Natchez Trace one day in 1811 with a pair of fine pistols and one meagre saddlebag on a small lightwaisted but stronghocked mare which could do the first two furlongs in definitely under the halfminute and the next two in not appreciably more, though that was all.”

Taking a drive along the trail will feel like stepping back in time—10,000 years back in time. The scenic drive is a 444-mile recreational road through three states from Nashville, Tennessee, to Natchez, Mississippi, with a section passing through northwest Alabama. The historic travel corridor, the Old Natchez Trace, was used by American Indians, European settlers, soldiers, dignitaries, and presidents. Today, people can enjoy hiking, biking, horseback riding, and camping along the parkway.

The Natchez Trace Parkway was established in 1938 and featured several attractions. At Milepost 404.7, visitors will encounter the brick home of Captain John Gordon. He was a friend of Andrew Jackson and an early supporter of the designation of the Natchez Trace as a national parkway.

Built in 1818, this home was a landmark signaling to travelers of the old trail that they were nearing Nashville. A ferry near the house provided a crossing over the Duck River. Then, at Milepost 401.4, the Tobacco Barn looms over Old Trace Drive. Leland Greenfield built the barn in 1959 from timber also grown on the property. Greenfield started the farm in 1932, and his family owned the land for 100 years. Later, the state of Tennessee purchased the farm and added it to the Natchez Trace in 1977.

At Milepost 385.0 and built in 1848, the Meriwether Lewis monument stands tall. The monument is at the burial site of the famous explorer Meriwether Lewis, near Hohenwald, Tennessee. Then, at Milepost 261.8, a Chickasaw village site greets visitors. Once the homeland of the Native American Chickasaw people, this former fort and village dates back to the 1700s.

The 90 acres of prairie forest is in Tupelo, Mississippi, and a “sunken” section of the Old Trace is at Milepost 41.5. This natural corridor that became the Natchez Trace dates back centuries. As the United States expanded toward the West in the early 1800s, travelers searching for new land to settle hiked the rough trail into a marked path. Walkers, riders, and wagons wore down the ground, which has softened into “sunken” sections.

Children ages 6 and up can become junior rangers at the Natchez Trace Parkway. This honor requires the young ones to complete a set of tasks along the Trace like word searches, walking a section of the Old Natchez Trace, and talking to a Trace ranger about his or her job. One of the activities the young can enjoy with their families is hiking. The Natchez Trace National Scenic Trail has five sections of a hiking trail parallel to the 444-mile-long Natchez Trace Parkway scenic road. The 60 miles available for hiking will allow families to explore wetlands, swamps, hardwood forests, and the area’s history.

“Never expected, and, in the end, I only had one plea. I hoped the Trace seared us into its soul. When people traveled it in a thousand years, maybe a few of them would hear my parents and me. In fallen leaves and birdsong. In the echo of their footsteps. In a field of daffodils winking in the breeze. I stood next to the Natchez Trace Parkway sign, flanked by my parents. When I smiled into the camera, with one arm around each of them, I made one final addendum. I wanted to recall every molecule of our adventure.”