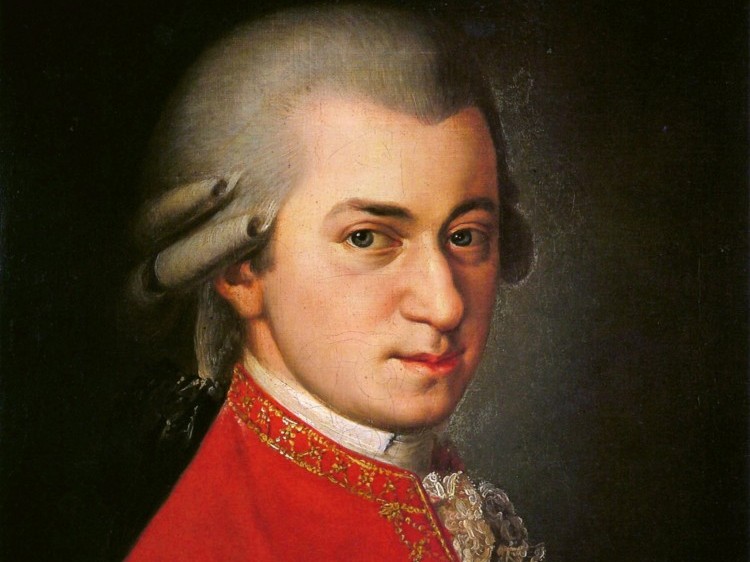 The Power of Sound: The Mozart Effect

Apart from entertainment, could there be more to Mozart’s music? Scientists around the world have claimed that his music makes people more intelligent and improves health. Even cows and plants like it. Now, a German company says you should play Mozart’s music to sewage! Let’s take a look at various studies and research into the so-called Mozart effect.

The term “Mozart effect” was coined in 1995 by scientists at the University of California who found that students scored better on spatial IQ tests after listening to Mozart’s music. The scientists also tried trance music, minimalist music, audio-books, and relaxation instructions, none of which worked.

Frances Rauscher, Gordon Shaw, and Katherine Ky from the Center of Neurobiology of Learning and Memory wrote in their paper, published in Neuroscience Letters, that “thirty-six undergraduates listened to 10 [minutes] of Mozart’s Sonata for Two Pianos, K. 448, and scored 8 to 9 points higher on the spatial IQ subtest of the Stanford-Binet Intelligence Scale than after they listened to taped relaxation instructions or silence. This facilitation lasted only 10–15 minutes.”

The five-day study, which tested 79 students, also noted a “dramatic increase from day 1 to day 2 of 62% for the Mozart group versus 14% for the Silence group and 11% for the Mixed group [the group that listened to other types of music and recordings].” The study concluded that “perhaps the cortex’s response to music is the ‘Rosetta Stone’ for the ‘code’ or internal language of higher brain function.”

As reported in a 2007 article by Spanish media El Mundo, cows on a farm in Villanueva del Pardillo, Spain, produce 30 to 35 liters (about eight to nine gallons) of milk per day, compared to only 28 liters for other farms. According to owner Hans-Pieter Sieber, this is thanks to Mozart’s Concerto for Flute and Harp in D, which his 700 Friesian cows listen to at milking time. He also claims the milk has a sweeter taste.

Monks in Brittany, France, are said to be the first to have discovered cows’ liking for Mozart, according to ABC news. Now, farmers from Israel to England play classical music to their cows.

In January 2010, the journal Pediatrics published a study by Israeli scientists showing that Mozart helped premature babies gain weight faster. Researchers played 30 minutes of Mozart to 20 preterm infants at the Tel Aviv Sourasky Medical Center on two consecutive days and compared their weight gains to another group who listened to no music.

The doctors noted that babies listening to the music were calmer, thus reducing resting energy expenditure (or REE).

“Exposure to Mozart music significantly lowers REE in healthy preterm infants. We speculate that this effect of music on REE might explain, in part, the improved weight gain that results from this ‘Mozart effect,'” the researchers concluded in their paper.

In 2010, a sewage treatment plant near Berlin, Germany, trialed a Mozart sound system made by German company Mundus. Music from “The Enchanted Flute” was played to biomass-eating microbes. Initially, the plant almost canceled the experiment after a few months. But after a year, when it was time to clean the sludge, the plant found that it only had to transport 6,000 cubic meters (about 212 cubic ft.) away, instead of the usual 7,000 cubic meters.

Detlef Dalichow, a specialist in wastewater management, told the newspaper Märkische Allgemeine, “We have significantly less sludge to transport away.”

The company saved an estimated 10,000 euros on the cost of transporting sludge. Mundus says its speakers strive to accurately replicate the sound of a concert hall.

Plants have been made to listen to all sorts of music since the 1970s. Some music they loved, and other music made them die. Mozart’s music, however, has been a favorite.

One of the first experiments with plants and music took place in 1973 when undergraduate Dorothy Retallack used the Colorado Woman’s College Biotronic Control Chambers to subject plants to two different radio stations. In one chamber, plants had to listen to rock music for three hours a day. In the other chamber, the radio was tuned to easy listening for three hours a day.

The plants subject to easy listening grew healthily, and their stems started to bend toward the radio. The plants listening to rock, however, had small leaves and leaned away from the radio. They grew tall and gangly, and most of them died in 16 days.

Retallack went on to experiment with a variety of styles of music. The plants leaned away from Led Zeppelin and Jimi Hendrix but seemed to appreciate Bach organ music and jazz. Their favorite, she found, was North Indian classical music played on the sitar. They showed complete indifference to country music.

In 2001, searching for an ecological way to keep pests away from his vines, music lover Carlo Cignozzi set up speakers throughout his 24-acre Tuscan vineyard, Il Paradiso di Frassina. He began playing a selection of classical music, including Mozart, to the plants 24 hours a day, and noticed that the vines seemed to mature faster. Cignozzi said the vines closest to the speakers matured faster and insisted on playing classical music, rather than pop or rock.

In 2006, a research team from the University of Florence investigated further. According to professor of agriculture Stefano Mancuso, sound-treated vines matured faster than those not exposed to music. The music also had positive effects on vine growth and total leaf area per vine.

Frances Rauscher, one of the scientists who participated in the original “Mozart effect” study in 1995, went on to study the effect on rats in 1998. A group of rats was exposed to Mozart music while in the womb and for another 60 days after birth. It was found that these rats were better at navigating mazes than other groups of rats that had been left in silence or exposed to white noise or music by minimalist composer Philip Glass.

The study, done at the University of Wisconsin together with Desix Robinson and Jason Jens and published in the journal Neurological Research, reported: “By Day 3, the rats exposed to the Mozart work completed the maze more rapidly and with fewer errors than the rats assigned to the other groups. The difference increased in magnitude through Day 5. This suggests that repeated exposure to complex music induces improved spatial-temporal learning in rats, resembling results found in humans.”